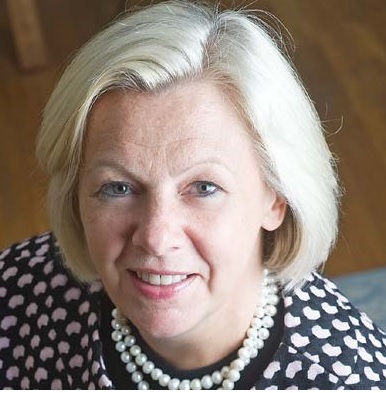 Jeanne T. Lopatto, Vice President of Government and International Affairs at Westinghouse Electric Company, heads the firm’s Washington, D.C. office and is the primary point of contact between the company and the U.S. Government, as well as with Washington, D.C.-based foreign embassies. In this capacity, she plays a crucial role in formulating Westinghouse’s policy strategies and advises decision makers on issues important to Westinghouse.

Ms. Lopatto chairs the Suppliers Standing Committee of the Nuclear Energy Institute, and has been a board member of the Coalition of Employment Through Exports. She is the immediate past-Chair of the U.S. – Poland Business Council.

Before joining Westinghouse, Jeanne was the Special Assistant for International and Federal Affairs to Nils Diaz, Chairman of the U.S. Nuclear Regulatory Commission. From 2001 to 2005, she was the Director of Public Affairs at the U.S. Department of Energy, where she served as the official spokesperson for Energy Secretary Spencer Abraham and directed the public relations programs for DOE. Before that she worked on Capitol Hill for Sen. Orrin G. Hatch (R-UT) in a variety of media relations positions, including Press Secretary for the U.S. Senate Judiciary Committee.

A native of Pennsylvania, Ms. Lopatto is a graduate of Dickinson College, in Carlisle, PA