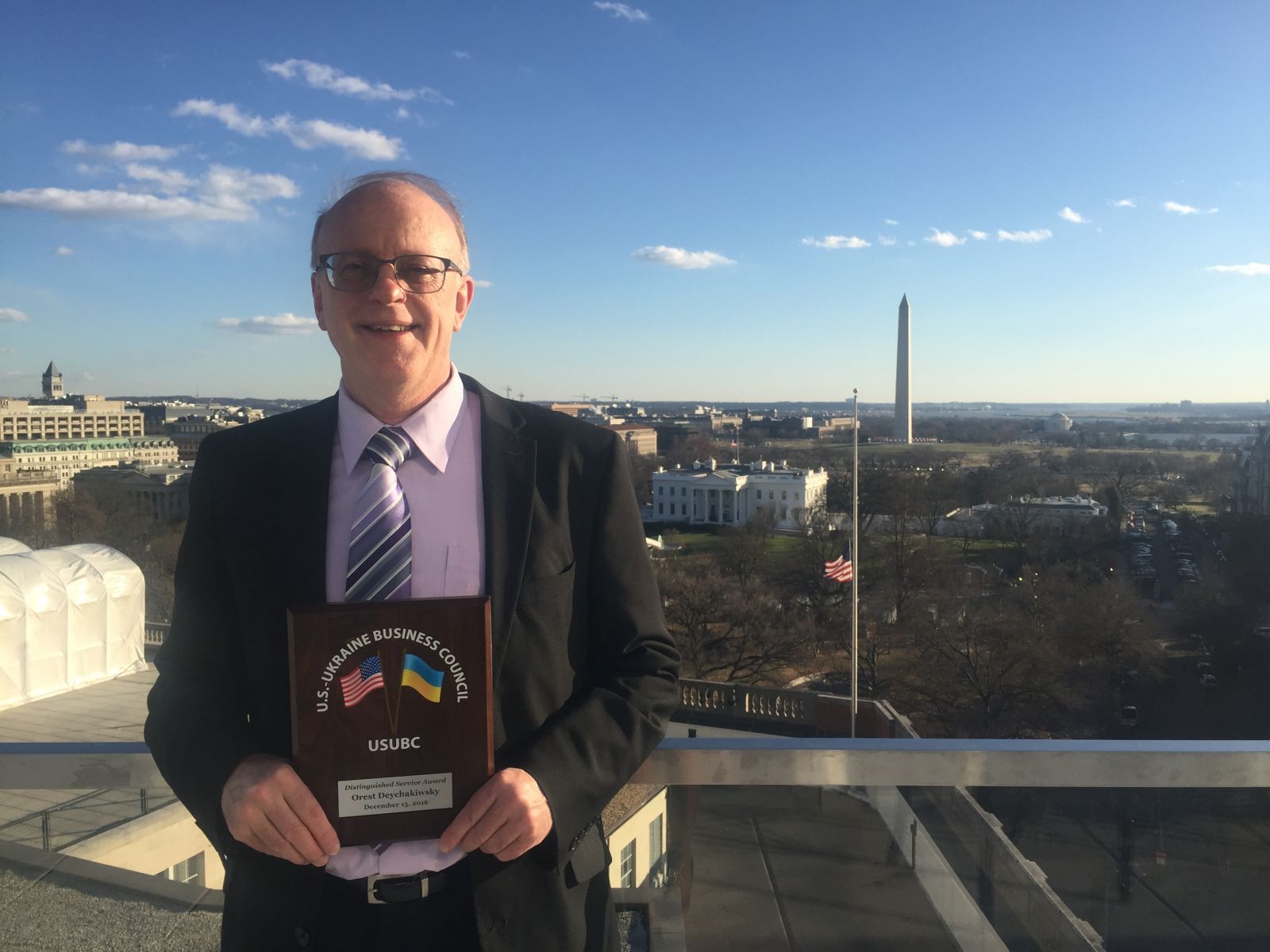 Orest retired from U.S. Helsinki Commission (Commission on Security and Cooperation in Europe) after 35 years of brilliant service. Today he is covering U.S.-Ukrainian relations for several publications and outlets.
USUBS President Morgan Williams gave Orest a DSA award on December 15, 2016. Mr. Deychakiwsky is currently serving as Senior Adviser to USUBC.

Orest Deychakiwsky is a Former Policy Advisor for Belarus, Bulgaria, Moldova, Romania, and Ukraine at the U.S. Helsinki Commission (Commission on Security and Cooperation in Europe). Orest served at the Commission since 1981 and retired in 2017. He also served as security officer.

Orest has served as a member of U.S. delegations to numerous OSCE meetings and election observation missions in nine countries. He has authored many Commission publications, and has appeared at various policy and media forums addressing issues pertaining to his areas of responsibility.

Orest’s education earned him a B.A. from the University of Notre Dame and an M.A. from Georgetown University in Government and International Relations. He speaks fluent Ukrainian and has a good working knowledge of Belarusian and Russian.