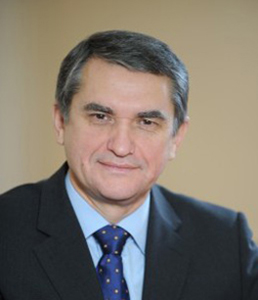 Oleh Shamshur, Former Ambassador of Ukraine to The United States and France.

Married, has one daughter.