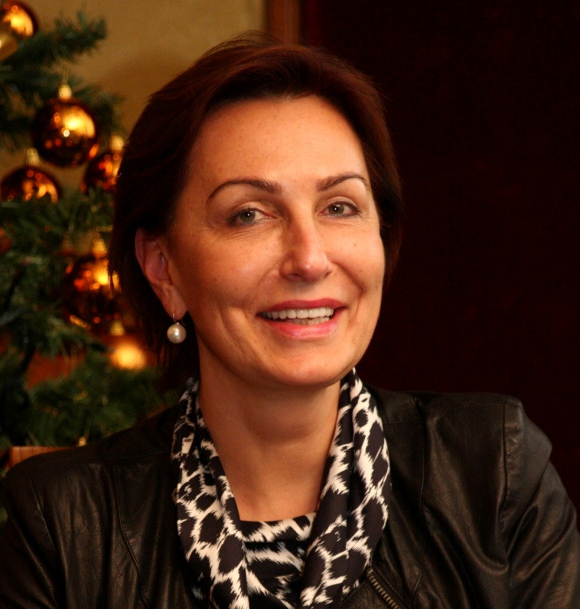 Irina Paliashvili began her private practice in 1992 by founding one of the first private law firms in Kiev and expanded by co-founding a private law firm in Moscow. In 1995, she founded the Washington-based RULG-Ukrainian Legal Group, P.A., where she serves as the President and Senior Counsel. Before going into private practice, she served as General Counsel (International) to two major companies in Ukraine.

In 1991, Irina completed a six-month assignment with a prominent Chicago law firm as a part of the ABA Internship Program followed by a four-month assignment working with a leading German law firm in Frankfurt. She has also served as a Professor of Law at the Kiev State University Law School. Irina graduated with high honors from the Kiev State University School of International Law and received a Ph.D. in Private International Law from the same school.

She also holds an LL.M. in International and Comparative Law from George Washington University. Irina frequently speaks at international conferences and publishes on the legal and business climates in Ukraine and other countries of the CIS economic region. She is licensed to practice Ukrainian law as a Special Legal Consultant in the District of Columbia and is a member of the Kiev Bar and several distinguished professional organizations.

She serves as Chair of the Legal Affairs Group of the U.S.-Ukraine Business Council, Vice-Chair of the Russia/Eurasia Committee of the ABA's International Law Section and member of the Advisory Board of Best Lawyers. She also serves on the Board of Trustees of the Kyiv School of Economics (KSE). Irina is the founder and Co-Chair of the CIS Local Counsel Forum, the informal network of managing and senior partners of leading business law firms from the CIS economic region.

She currently holds the rotating chairmanship of the CIS Leading Counsel Network (LCN). Irina was individually designated as a recommended corporate and M&A practitioner in Ukraine by PLC Which Lawyer? and included in the Best Lawyers list of solicitors for Ukraine in the specialties of Antitrust, Arbitration and Mediation, Corporate, Energy and Natural Resources Law and Mergers and Acquisitions.

In addition to general corporate and transactional expertise, she has special experience in the areas of oil and gas, intellectual property protection, antimonopoly law, commercial dispute settlement and mediation.

She is a mediator trained and certified by the CPR Institute for Dispute Resolution in New York and a member of its International Panel of Distinguished Neutrals. Irina is fluent in English, Ukrainian, Russian, Georgian, and Spanish. She divides her working time between Washington and Kiev.