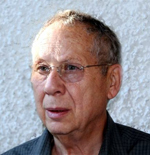 Mr. Heller has been in the practice of law in Washington, DC since  1974. Specializing in international matters, he is a partner in Heller & Rosenblatt.

Mr. Heller was General Counsel and a member of the Board of Directors  of the Pan American Development Foundation (1981- 1998) and served as the Foundation’s President 1998  - 2000.

He  was a founder  in 1993 of  the Fund For Democracy and Development (“FDD”), a US Foundation which  provided emergency commodity (food  and heating oil)  and technical assistance to Russia, Armenia  and other former Soviet Republics.  In 1995  he co-founded and was President until 2000, of the FDD’s  New Russia Small Business Investment Fund, a Moscow based not for profit corporation which provided training  to Russian bankers  and extended supervised financing to Russian banks for small business lending.

Mr. Heller co-founded the Ukraine-United States Business Council in 1995 and  serves as its  General Counsel.

Mr.  Heller has  a  BA from the University of Chicago, and a LL.B from Columbia University Law School.