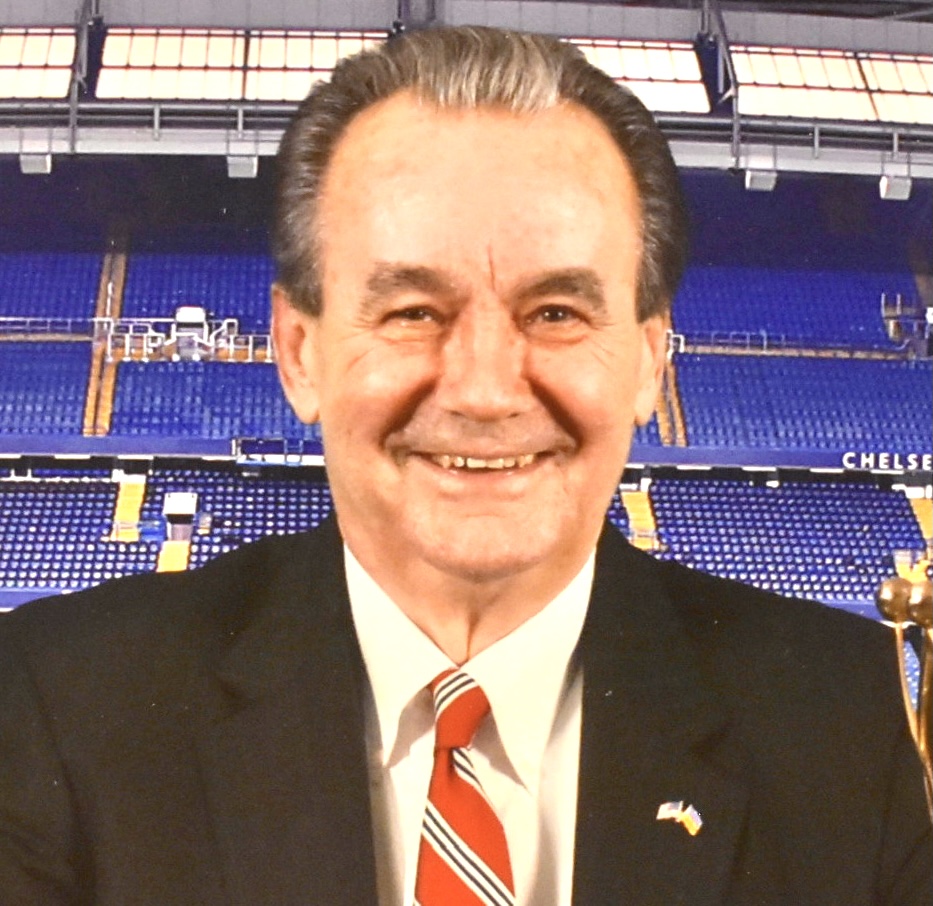 Morgan Williams is President & CEO of the U.S.-Ukraine Business Council (USUBC). USUBC was incorporated as a private business trade association in Washington, D.C., in October of 1995 and celebrated it's 25th anniversary in 2020. In December 2007 Williams was elected President/CEO of USUBC, www.USUBC.org. Since that time the membership has increased from 22 to over 200 companies and organizations.

USUBC is now the largest Ukraine related private business trade association in the world that is not headquartered inside Ukraine. USUBC is "a strong international voice for business in Ukraine."

Williams started his economic and business development work in Ukraine in the fall of 1992 working with the Citizens Network for Foreign Affairs (CNFA).  From 1997-1999 he was President/CEO of the Ukrainian Agricultural Development Company (UADC), a private agricultural finance company in Kyiv.  He later was President of the Ukraine Market Reform Group.  He then worked for several years in Washington and Kyiv as government relations director of the Washington office of SigmaBleyzer, a private equity firm with major investments in Ukraine

In 1981 Williams began his international development work and implemented food system development projects in countries such as India, Haiti, Indonesia, and Egypt. Previously he served as a Professional Staff Member of the U.S. Senate Agriculture Committee for the ranking Republican on the Agriculture Committee, Senator Bob Dole (R-Kan). Williams served as Midwest Director of the Dole For President Committee in the fall of 1979, Des Moines, Iowa and served on the Dole For Senate Committee in Kansas in 1968.

Williams started his career as the General Manager of the Plains Equity Exchange and Cooperative Union, Plains, Kansas in June of 1961.  He later was an Associate Professor of Business Administration and Economics at Ottawa, University, Ottawa, Kansas.

On September 1, 2021 President of Ukraine Volodymyr Zelenskyy awarded the President of the U.S.-Ukraine Business Council Morgan Williams the Order of Prince Yaroslav the Wise of the V degree during the official opening ceremony of the Ukraine House in Washington, D.C.

The American Chamber of Commerce in Ukraine, in 2017, gave Williams a special Presidential Award for ten years of outstanding leadership and dedicated service promoting U.S.-Ukrainian business relations.  He has received a Distinguished Service Award from the Ukrainian Federation of America, Jenkintown, PA.

In 1987 Williams received a Certificate of Appreciation from the Agency for International Development (USAID) in recognition of dedicated leadership during six years of outstanding service as Chairman of the Advisory Committee on Voluntary Foreign Aid, in Washington, D.C.

Williams received a Distinguished Alumni Award from Ottawa University, Ottawa, Kansas and was elected as a member of the Wall of Honor at Ottawa High School, Ottawa, Kansas. He received a Distinguished Service Award (DSA) from the Plains, Kansas Jaycees and also from the Ottawa, Kansas Jaycees. He served as Chairman of the Meade County (Kansas) Republican Central Committee and the Franklin County (Kansas) Republican Central Committee.

Williams has been a member of the board of directors of Ottawa University, Ottawa, Kansas; International Cooperative Alliance (ICA), Geneva, Switzerland; Kyiv School of Economics (KSE), Kyiv, Ukraine. Williams is co-author of the book "Larger Than Life: The American Tall-Tale Postcard," 1905-1915, Abbeville Press, New York,1990

Williams is the Founder/Trustee of the "Holodomor: Through the Eyes of Ukrainian Artists" collection.  He serves on the Board of Directors of the National Holodomor Museum Education Foundation, Chicago, Illinois, and is a member of the Fundraising Committee of the International Foundation for the Development of the Holodomor Victims Memorial, Kyiv, Ukraine.