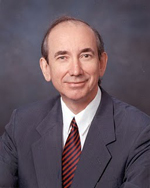 A former U.S. Ambassador to Ukraine, Roman Popadiuk is a retired member of the career Senior Foreign Service, with more than 30 years of experience in the areas of national security, political risk analysis, communications strategy and energy policy, including serving on the National Security Councils of Presidents Ronald Reagan and George Bush.

Until 2017 he worked as a principal at the Morgan Lewis Consulting in Washington.  In 2017 Ambassador Roman Popadiuk has been elected as chairman of the national Board of Directors of The World Affairs Councils of America   the largest nonpartisan, nonprofit network in the United States dedicated to educating the public on global issues.

Prior to joining Morgan Lewis Consulting, Ambassador Popadiuk served for 13 years as the executive director of the George Bush Presidential Library Foundation at Texas A&M University. At Texas A&M, he also was chairman of the Executive Committee of the China-U.S. Relations Conference. From 1995 to 1998, he served as International Affairs advisor and senior civilian on the staff of the Commandant of the Industrial College of the Armed Forces (Eisenhower School) at Fort McNair.

He served as deputy assistant to the President and deputy press secretary for Foreign Affairs under President George H. W. Bush, a position he also held toward the end of President Ronald Reagan's administration.

Dr. Popadiuk joined the Foreign Service in 1981. He served in Mexico City from 1982 to 1984, where he did consular and political work and was Special Assistant to the Ambassador. From 1984 to 1986, he had a tour with the Department of State and the National Security Council. Prior to joining the Foreign Service, he was an adjunct lecturer in Political Science at Brooklyn College in New York City.

He is often interviewed on the status of U.S.-Ukraine relations and the situation in Ukraine. In 2006 he served as an observer of the parliamentary elections in Ukraine.