Between water surface and water front: can Ukrainian ports come back to life? 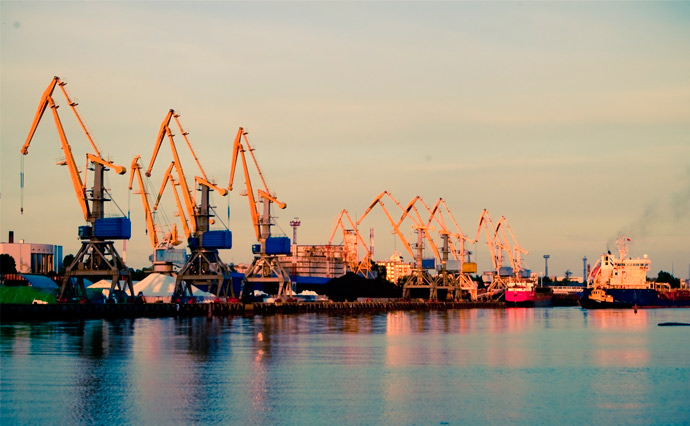 How Ukraine can attract large-scale investments into the port industry and why legislative changes alone are not sufficient.

From 2006-2014, the Canadian Province Ontario had invested USD 96.7 billion into infrastructure projects. An impressive figure! Particularly, if projected on the Ukrainian scale.

Nevertheless, the results are not less impressive: following completion of the investment program, the economic activity has averaged an increase of USD 11.3 billion annually. The proceeds were split equally between the production of goods and the service sector, resulting each year in approximately 160,000 new jobs. Local budgets increased USD 16.7 billion from additional tax revenue.

That was yet another success story, but not about Ukraine.

The story of Ontario and other countries, which lured investments into development of infrastructure, is about creating a foundation for the long-term growth of the economy. Instead, Ukrainian infrastructure has been financed on leftovers for more than twenty years.

Let us analyze the port industry, an industry with widely acknowledged potential. It is not a piece of news that the need to renovate and develop port infrastructure is a top of the agenda. Development of the Ukrainian ports would become an additional trigger for the country’s agriculture, construction, transport, and service sector and will give impetus to the entire economy.

It is vitally important to bring professional local and international investors into the Ukrainian port infrastructure. However, at the implementation stage of projects in the port an investor faces a number of problems, as follows.

Infrastructure contributions.  The Law of Ukraine On Regulation of the City-Building Activities requires the involvement of the construction principal with share based participation in the creation and development of engineering, transport and social infrastructure of the municipality by transferring to the local budget a certain amount of money before the constructed object can be commissioned.

The municipality may establish the infrastructure contribution at the rate of up to 10% of the construction budget and such amount may be rather significant taking into account the costs of construction of an object in a port.

One can determine whether the construction falls into the infrastructure object by looking into the number assigned to the object in accordance with the State Classifier of Buildings and Structures. For example, class 21 includes "Engineering facilities, Transport facilities" along with subclass 21.51.1 "Marine port facilities". If a facility with such assigned class and subclass is being constructed there is a great chance that the infrastructure contribution will not have to be paid.

Dredging works are not carried out in port water areas to bring berth depths with those stipulated in port passports. This affects both the ability of high capacity vessels to enter ports and investment attractiveness of the ports.

For example, in late 2016, the tender for performance of dredging works under the project Reconstruction of Marine Ship Channel and Inland Waterways to Sea Terminals of Pivdenny Sea Port was canceled as a result of fraud accusations during such tender.

Notably, performance of dredging works is a pre-requisite to the already announced investment by an American investor into Pivdenny Sea Port of more than USD 100 million. In April of 2017, Novadeal LTD, a subsidiary of DEME Group (Belgium), won a new tender but failed to provide the necessary documents to complete the tender procedure. As a result, the tender committee was forced to award the tender to the second highest bidder (by price): China Harbour Engineering Company Ltd.; and currently there are great expectations that the works will finally commence.

One of the ways out of the situation would be to engage private contractors, but the legislation lacks a transparent mechanism for repayment of funds to investors in dredging works.

Port logistics. Law of Ukraine On Marine Ports allows for the operation of sea ports through competition among port operators (stevedores).

Engagement of private capital helped develop transshipment capacities of ports but revealed other transportation problems. What are they?

Port fees. At present, the following port fees are levied: ship fee, berth fee, canal toll, lighthouse fee, administrative fee and sanitary fee. In some instances the fees are higher than in the ports of neighboring countries, in other instances, it becomes ridiculous, the canal toll is paid even if a vessel crosses the canal abeam.

The Ministry of Infrastructure of Ukraine has been working to streamline the procedure for calculation and payment of port fees and even prepared a draft Methodology for calculation of port fees. However, in the opinion of stakeholders, instead of creating a new, understandable and transparent pricing system, the Methodology attempts to explain high fees associated with vessel entrance into Ukrainian ports.

It is obvious that state control of the ports should be canceled or significantly restricted.

The main problem of incentivizing investment into port facilities is the legislative framework. Such mechanisms for investments into ports as lease, servitude, joint venture etc. have not appeared to be worthwhile, whereas concession and public-and-private partnership have not been applied due to gaps in concession legislation: non-transparent mechanism for repayment of investments, unclear compensation and lack of guarantees.

In order to thoroughly resolve this problem, the Government has decided to improve the laws governing   concession and public-and-private partnership. The first draft legislation should be prepared by this summer.

The Government intends to implement the new concession legislation in two ports and transfer them into concession - Specialized Sea Port “Olvia” and Kherson Sea Trade Port, which are fully owned by the state.

Apparently, stake should be placed on port operators because they are mostly interested in obtaining maximum profit from assets under management. There is a risk with cargo owners that they will create conditions for themselves and try to restrict others.

Potential investors into the port industry may be both Ukrainian and international investors. However, nowadays there is no cheap long term funding available therefore it cannot be ruled out that ports may become of interest only to large cash-rich investors such as Hutchison Ports (China) or DP World (United Arab Emirates).

The Government and the market must understand that a decrease in port fees or improvement in concession legislation will not necessarily result in pro rata increase of cargo traffic through ports. Why?

Although cargo traffic is indeed sensitive to port fees and legislation, it nevertheless is dependent primarily on overall economic situation in the country and on whether ports and the entire transport infrastructure is a part of greater logistics networks.

The Government’s task therefore includes not only improvement of the effective laws but also Ukraine’s engagement into international cargo logistics routes: Silk Route, the Baltic – Black Sea Connection. Failing to implement such engagement, decrease in port fees and improvement of the concession and other legislation regarding the ports will not yield tangible results.

Ukrainian ports are export oriented and they, as a rule, lack production or processing facilities which would create added value in ports.

This notwithstanding, it would be unlikely to create free economic zones in ports for production or processing because under current  Ukrainian conditions this would result mostly in “structuring” of flows and decrease in state revenue. It is the entire country that requires creation of a free economic zone rather than territories of specific ports.

The Brazilian port system provides an informative parallel to the situation in Ukraine.  In Brazil, imperfect legal regulation of investment in ports used to significantly complicate the ability to attract private investments for development of the port industry. Until new port law o was adopted in 2013, the Brazilian legislation had been creating substantive impediments for private investors.

Brazilian port law provides for two models of cooperation with non-state investors. Under the first model, the government grants an investor the right to develop operational infrastructure within state ports through a concession agreement with the winner of a public tender.

The government is contractually obliged to maintain the underlying port infrastructure, while the investor works to modernize the operational infrastructure and port facilities according to special terms of the concession agreement.

Under the second model, an investor is granted the right to build and operate so-called "private terminals" and the ports are fully owned by private investors. The government gives such investors the right to use the land plot underlying the terminal for 25 years. In turn, the investor takes responsibility for the designing, construction and operation of the terminal.

Such legislation developments have already yielded results. The government of Brazil has announced a public tender for investment in 29 plots of the state-owned ports Santos, Auteiro and Belem. Anticipated investments exceed USD 2 billion.

In March of 2017 the winner of the public tender for modernization of two terminals in Santarem Port, used for transportation and storage of petrol, diesel fuel and ethanol, was announced.

Greater positive changes can be observed in the operation of private terminals. This March, the Ministry of Transport of Brazil approved the construction of a new private terminal in the state of Espirito Santo for USD 713 million. The terminal will be used for the intake and processing of oil and agricultural goods.

By studying the Brazilian reforms, Ukraine has a successful model for its own reform. By implementing similar changes, Ukraine will be able to convert the potential economic value of the port system into tangible economic growth.

Source of the article – Економічна правда. Original in Ukrainian is published here https://www.epravda.com.ua/publications/2017/05/24/624395/