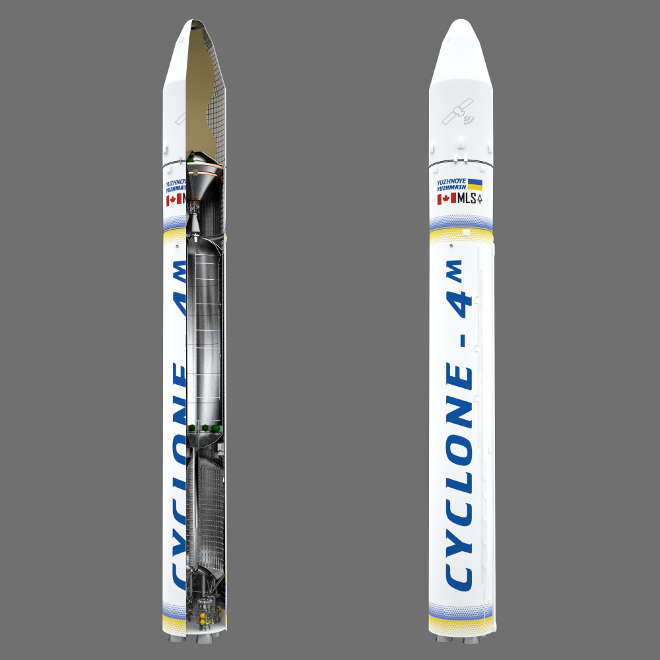 The creation of the Cyclone-4M space rocket complex in Canada by 2020 will be carried out within the commercial project of the space sector companies of Canada, the United States and Ukraine, the project will be funded by the Western investor, Pivdenne Design Bureau (Dnipro), the Ukrainian developer of space equipment, has said.

According to a report on the company's website, a number of Canadian, American and Ukrainian companies will take part in the creation of the Cyclone-4M space rocket complex in Canada by 2020, recently announced by Canada's Maritime Launch Services Ltd. (MLS).

Pivdenne design bureau will be responsible for the development, testing and operation of the carrier rocket and facilities and systems of the ground complex, Pivdenmash will be the supplier of Cyclone-4M launch complexes to MLS, the report says.

According to Pivdenne design bureau, the project will be financed by the Western partner: Maritime Launch Services Ltd. showed interest and on its own initiative plans to implement the project solely at the expense of its own funds and financial investments attracted from commercial sources, the report said.