10 things everyone should know about Ukraine 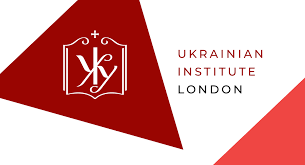 10 unique documentaries about Ukraine, its history, culture, mentality.
Ukrainian Institute of London, May 16, 2021

10 Things Everyone Should Know About Ukraine is a series of ten short films produced by the Ukrainian Institute of London that bring to life ten Ukrainian stories including that of the serf who became an artist and a poet; a writer who rewrote European classics from a woman’s point of view, a theatre director who thought that revolutionary art could change the world, a count who chose to become a priest, an author who wrote more than 300 poems in his prison cell, and film directors who gave a voice the silenced.

The project tells stories of prominent Ukrainians, historical and cultural events that reshaped Ukraine’s history of the 19th-21th centuries:

Leading scholars invite the audience to rethink familiar phenomena in local and global contexts, and to understand their role in the formation of modern Ukraine, their place in European and world cultural context.

The series was prepared by the Ukrainian Institute of London in collaboration with leading scholars in the field of Ukrainian Studies. The archival footage used in the films was provided by the Pshenichny Central State Cinema, Photo and Audio Archives of Ukraine.

Taras Shevchenko: the Serf Who Founded a Nation

How Taras Shevchenko (1814-1861) went from being a serf to becoming Ukraine’s most important poet, giving a voice to the Ukrainian people.

How Ukrainian modernist writer Lesia Ukrainka (1871-1913) pioneered new feminist literature, at the forefront of European trends of the time.

The many faces of Ukrainian writer & feminist Lesia Ukrainka

The Many Voices of Ukraine

How over the centuries, the territory of Ukraine has been home to a huge diversity of languages and literatures, with unique and dynamic interplay between different cultures.

How the experimental director, Les Kurbas, radically transformed Ukrainian theatre and was at the cutting edge of theatre innovations across Europe.

Holodomor: The Ukrainian Famine of the 1930s

How the Holodomor fits into the wider understanding of Stalin’s USSR, and how the famine was covered in world media.

More on the Holodomor:

How the multiple occupations of Ukraine during the Second World War impacted the country and the devastating outcomes of these occupations, including the Holocaust.

Andrei Sheptytskyi: A Count Who Became a Priest

The extraordinary story of Andrei Sheptystskyi, a count who gave up a life of wealth to become a Ukrainian Catholic priest, who saved Jewish lives in WWII and eventually founded Ukraine’s most modern university.

Fighting for the Self: Poetry from the Gulag

How the dissident poet Vasyl Stus fought for human and national rights and created unique poetry of the self, overcoming the extreme conditions of the Soviet Gulag.

Ukrainian Cinema: Giving a Voice to the Silenced

Throughout history, Ukrainian cinema captures the plight of marginalized peoples and identities, those forgotten or hidden from society come to life on screen.

Why do Ukrainians take to the streets?

Why Ukrainians, in spite of their divisions, are always ready to come out on the streets and stand up for their rights.