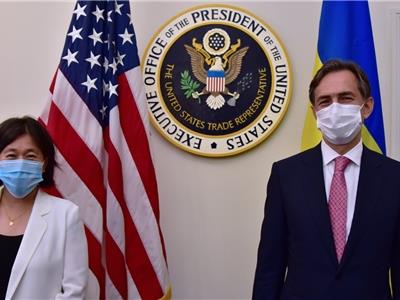 Ambassador Tai acknowledged Ukraine’s ambitious economic reform agenda and highlighted the importance of transparency, predictability and accountability in Ukraine. She stated her belief that these efforts will build trust in the Ukrainian government and create an environment that allows commerce to flourish.

Photo by the Ministry of Economy of Ukraine