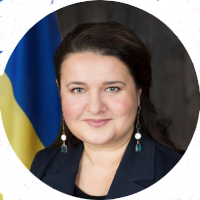 The following is a transcript of an interview
with Ukrainian Ambassador to the U.S. Oksana Markarova that aired Sunday, January 30, 2022, on "Face the Nation."

"... the reason why Putin attacked us is not because he wants Ukraine, or only Ukraine. The reason he attacked us is because we have chosen to be a democracy and we have the Euro-Atlantic and European aspirations. So it's an attack on democracy, and I believe nobody is safe if Ukraine will be attacked." 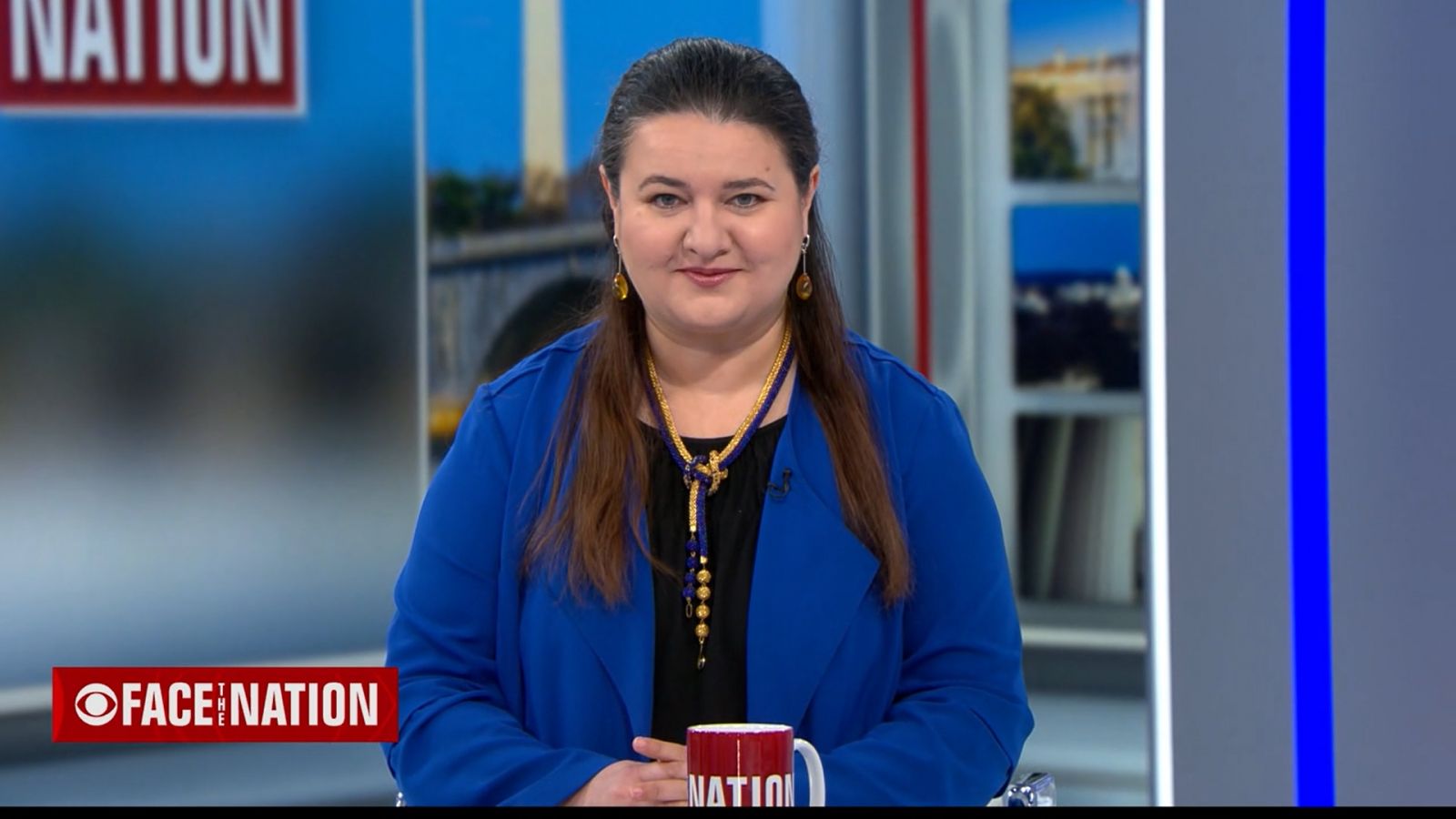 MARGARET BRENNAN: Holly Williams, thank you. We're now joined by Oksana Markarova, Ukraine's ambassador to the United States. Good morning to you, Ambassador. Thank you for being here.

MARGARET BRENNAN: The chairman of the Joint Chiefs of Staff, Mark Milley, says he hasn't seen a military buildup like this since the Cold War: Artillery, ballistic missiles, ground air forces. He said the impact would be horrific if Russia uses these. But President Zelensky stood up and said Russia may simply be applying psychological pressure. Why is your president downplaying the risk?

AMB. MARKAROVA: We are not downplaying the risk. We actually see the situation the same way and we see the build up and we also know what Russia is capable of because they have attacked us already. Since 2014, for eight years, we are at war and we are defending our country. At the same time, in order to defend our country, we cannot afford to panic. We have to get ready. All of us, not only our military, our very capable military and veterans, but also all civilians. So we know and we see what's going on. This is the reality with which we live for eight years. This is the reality of this recent escalation since April. So we monitor it. We assess it. We share the information with our friends and allies. We're very grateful for the United States, for very strong relations, strong relations and strong response this time.

MARGARET BRENNAN: But your president said Ukraine's grateful for support, but I can't be like other politicians who are grateful to the United States just for being the United States. What does he mean by that? Because it sounds a lot like there's some friction here.

AMB. MARKAROVA: There is no friction. I mean, look, we can have some discussions and we can have difference of opinions. But United States is our strategic partner, and I would even say strategic friend, number one. Our relations, especially during the last year, has been at the highest level ever, I would say in 30 years.

MARGARET BRENNAN: But the White House says- they issued a statement: "At the same time, President Zelensky is downplaying the risk of invasion, he's asking for hundreds of millions of dollars in weapons to defend against one. "We think it's important to be open and candid about that threat."

AMB. MARKAROVA: We are open and candid and we are discussing it with our partners here. Again, we just cannot afford to panic. So we're preparing for any options. And again, as I said, we know what Russians are capable of, But let's be very clear here, we know who aggressor is and everyone knows who aggressor is. It's Russia. With the United States, especially and with other partners and allies, we may have difference of opinions on when to introduce sanctions, we may have difference of opinions on some issues, but those are friendly, open and candid discussions–

MARGARET BRENNAN: You do–

AMB. MARKAROVA: and we really value this.

MARGARET BRENNAN: I want to understand what you need now. What are you asking the White House for?

AMB. MARKAROVA: It's the same we have been asking for eight years, but especially this year, you know, strong three levels of deterrence: political, economic and military defensive. So strong political messages. And we're very glad that this year U.S. is actually taking active role in negotiations.

MARGARET BRENNAN: But you're in terms of what you're asking U.S. taxpayers for. The chairman of your parliament wrote a letter to eight senators, including one of them on this program, asking for air defense, anti-ship, anti-armor capabilities, flexible loans, financing mechanisms. Is this a formal request from your government? Is what the White House giving you not sufficient?

AMB. MARKAROVA: Well, if you look at the statement by our presidents when they met in the White House, you will see a number of these issues in the joint statement. You will also see it in the framework agreement that we signed. So we are merely discussing what we already agreed with the United States, and we are discussing how to implement it

MARGARET BRENNAN: To be very clear, you are asking Congress and you were asking the White House to put sanctions on Russia right now not to wait for an invasion. Is that right?

MARGARET BRENNAN:  You told me before you think a cyber attack will proceed any military action? What exactly are you preparing for? Because the US is warning this could have global impact.

AMB. MARKAROVA: Well, in addition to military attacks, we experience it since 2014 and especially now, Russia engages in cyber attacks or kind of hybrid war, cyber disinformation, all kinds of information campaigns. Recently, couple of weeks ago, a number of Ukrainian ministers have been attacked and defaced. The attack has been wider than that, and our security sources, together with our partners from the U.S., are looking at that particular attack. But it's one of many. We are under constant attack, especially in the cyberspace. And we're trying everything possible and doing everything possible to strengthen our capabilities there as well.

MARGARET BRENNAN: You're saying the war has already started.

MARGARET BRENNAN: So if Vladimir Putin does launch a further attack on Ukraine, do you believe he will stop there?

AMB. MARKAROVA: Well, the reason why Putin attacked us is not because he wants Ukraine, or only Ukraine. The reason he attacked us is because we have chosen to be a democracy and we have the Euro-Atlantic and European aspirations. So it's an attack on democracy, and I believe nobody is safe if Ukraine will be attacked. We do not want to be part of the Soviet Union or the Russian Empire or the Russian Federation. We want to be sovereign, we are sovereign and we are fighting for our independence. And if Ukraine will be further attacked by Russia, of course they will not stop in Ukraine- after Ukraine. So that's why it's in the interest of Europe and all democratic world to help us to defend ourselves, but also to show that the international rule of law still works.

MARGARET BRENNAN: All right. Ambassador, thank you very much for your time today.

AMB. MARKAROVA: Thank you and thank you to all your viewers and all American people for support.

MARGARET BRENNAN: We'll be back in a moment.