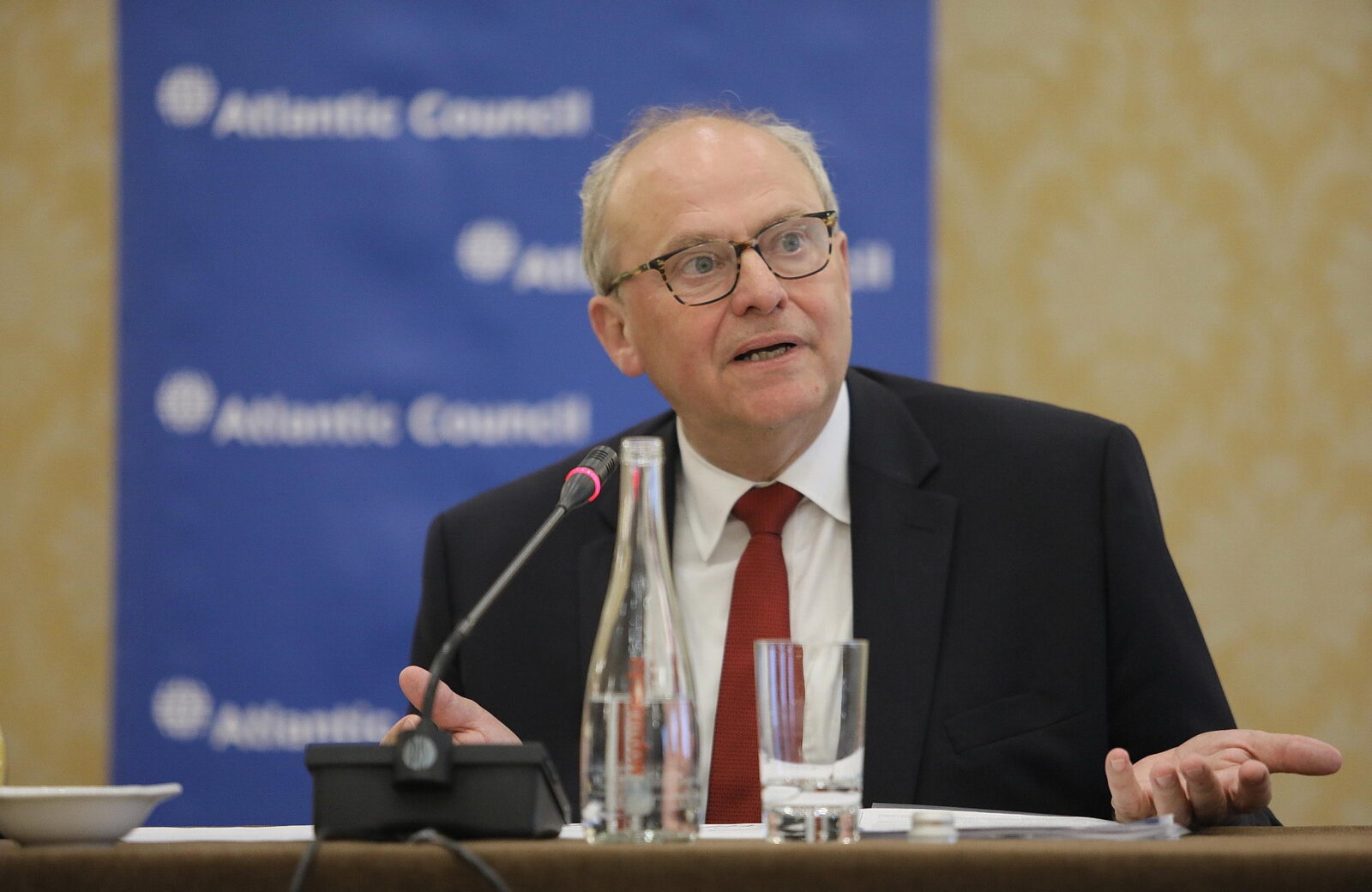 The major problem for Ukraine today is to find the right way to neutralize the influence of oligarch Ihor Kolomoisky, according to Swedish economist Anders Aslund, a senior fellow at the Atlantic Council.

Speaking at a U.S.–Ukraine Business Council press event in Kyiv on Nov. 14, Aslund said that Ukraine is doing well: its current government cares more about Ukraine’s economic growth and has managed to pass many important laws, including a law that criminalizes illicit enrichment and one stripping lawmakers of immunity.

“My basic view of the current situation (in Ukraine) is excellent with one huge caveat, who is called Ihor Kolomoisky,” Aslund said.

The tension, according to Aslund, already manifested itself when the parliament was voting to arrest lawmaker Yaroslav Dubnevych, a central figure of anti-corruption investigations into allegedly shady schemes.

Dubnevych and his brother Bohdan raised suspicion in the fall of 2016 when they listed significant amounts of cash and many real estate holdings in their official asset declarations. Both brothers have previously denied all accusations of wrongdoing.

Eventually, Ukraine’s parliament allowed the prosecution of Dubnevych. He was arrested and then released on $4 million bail. During that vote on Oct. 31, however, about 20 members of the Servant of the People party did not vote for prosecuting him. And these same people did not support the recently adopted law on illicit enrichment, Aslund pointed out.

“Who are these people who vote for corruption?” Aslund said. “These are Kolomoisky’s people in the Servant of the People party.”

Another example of the tension, in Aslund’s view, is Zelensky’s dismissal of lawmaker Andriy Gerus, the head of the parliamentary energy and utilities committee, as the president’s representative in the Cabinet. Prior to his dismissal, Gerus had introduced an amendment that enabled energy imports from Russia, the country that has waged war in eastern Ukraine. This move was beneficial for Kolomoisky’s business interests, whose companies were the first to receive Russian energy.

There are many more examples of how Kolomoisky hurts the Ukrainian economy, according to Aslund. One of them is an interview with the Financial Times in May 2018, which caused the Ukrainian national currency, the hryvnia, to depreciate by 3%. In the interview, Kolomoisky called for Ukraine to announce a default and to not pay its debts to the International Monetary Fund.

Aslund urges the Ukrainian government and, particularly, President Zelensky to take action against Kolomoisky, but warns: as soon as Ukraine starts neutralizing him, “we should expect the big blow up,” as this oligarch is unlikely to shy away from any conflict.

“There are so many reasons to go after Kolomoisky legally,” Aslund said. “There are very many things that you can prosecute here.”