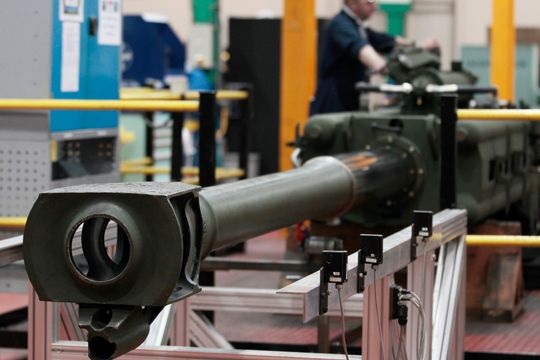 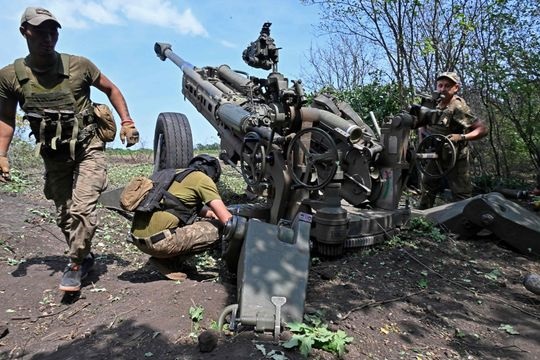 Several countries have been impressed with the M777 howitzer’s performance in the war in Ukraine.
PHOTO: SERGEY BOBOK/AGENCE FRANCE-PRESSE/GETTY IMAGES

British arms maker BAE Systems PLC said it was considering restarting production of the M777 howitzer, as the big gun’s performance on Ukrainian battlefields revives interest in the weapon.

BAE said several countries had expressed an interest in buying M777s, production of which is currently being wound down. The inquiries come after Ukrainian forces have been using the artillery piece to deadly effect against Russian troops in recent months.

The company said it was now in talks regarding the restart with the U.S. Army, which runs the weapon’s program. The U.S. government must approve any foreign sales. The U.S. Army declined to comment, referring queries on the matter to BAE.

The M777’s potential resurrection exemplifies how the war in Ukraine could reshape the global armaments industry. High-profile weaponry including the U.S. M142 High Mobility Artillery Rocket System, or Himars, and the Anglo-Swedish NLAW portable antitank missile, which have proven very effective against Russian forces, are likely to win new orders, analysts say. Meanwhile, the poor performance of many Russian arms is expected to dent their sales on global markets. 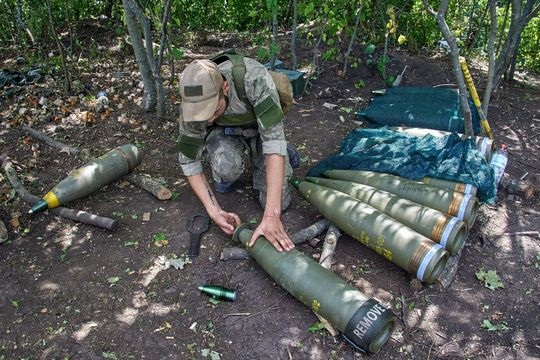 The M777 has allowed Ukraine’s forces to fire a wider variety of projectiles than was possible with older weapons.
PHOTO: SERGEY KOZLOV/SHUTTERSTOCK

The howitzer, a class of mobile, long-barreled, battlefield gun, has long been a cornerstone of modern artillery. However, it has taken on a more prominent role in the war in Ukraine than in other recent conflicts such as the one in Afghanistan or the second war in Iraq.

The performance of the M777 in particular has been enhanced by the increasing use of precision GPS-guided shells, rather than traditional unguided shells. The M777 is also one of the most plentiful pieces in Ukraine’s Western-supplied artillery, which includes at least 170 of the guns received from the U.S., Australia and Canada.

Easy for troops to operate and less expensive than many other similar types of Western artillery, the M777’s reliability and versatility have drawn attention among military specialists and analysts.

“The demonstration of the effectiveness and utility of a wide variety of artillery systems is what is coming out of the Ukraine conflict,” said Mark Signorelli, a vice president of business development at BAE, one of the world’s largest defense companies.

BAE said that if inquiries from prospective M777 buyers, which include countries in Central Europe, turned into actual orders, it could lead to up to 500 new howitzers.

Easy for troops to operate and less expensive than similar types of artillery, the M777 has drawn the attention of military specialists for its reliability and versatility. PHOTO: DAVID MOIR/REUTERS

The U.S. Army isn’t expected to add to its stockpile of M777s. The Army and Marines have purchased more than 1,000 of the guns, which entered service in 2005.

The M777 was primarily manufactured in the U.K. but often assembled in the U.S., and the program is currently in the final stages of producing its last orders, for India. 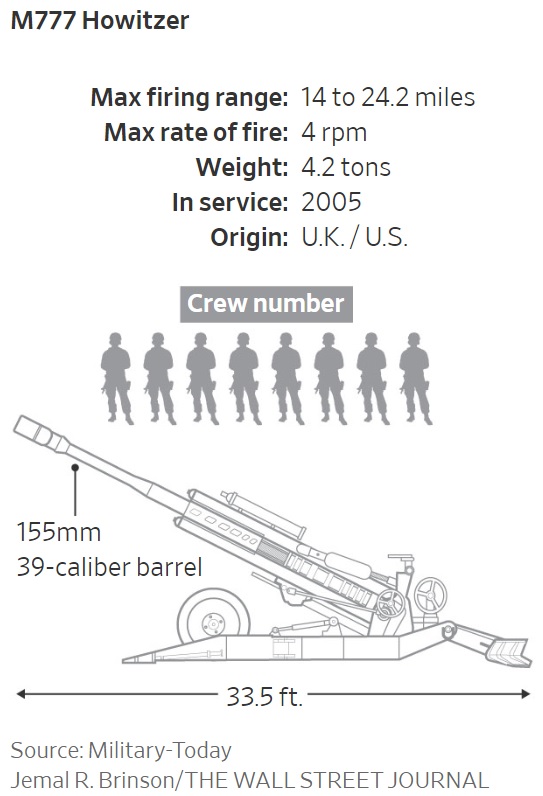 Phillips O’Brien, professor of strategic studies at the University of St. Andrews in Scotland, said that Himars and other Western rocket-launch systems have probably been more important in destroying Russian logistics and control centers.

“But when it comes to engaging Russian military forces directly in the field, the M777s, one assumes, are carrying a larger burden,” he said.

The M777 has positives and negatives when compared with rival guns. Unlike the German Panzerhaubitze 2000 and French Caesar howitzer, which are also being used in Ukraine, the M777 has to be towed. It also has a lower fire rate than those other European weapons, according to an officer in Ukraine’s military intelligence.

However, the M777 has found favor with Ukrainian forces for its greater accuracy and ease of use, he said.

The M777 fires standard Western ammunition, meaning Ukraine is less reliant on dwindling supplies of Russian-made shells, said Mark Cancian, a senior adviser with the CSIS International Security Program and a former artillery officer in the U.S. Marine Corps. The M777 can also fire a wider variety of projectiles, including guided shells, than the Soviet artillery that had been in Ukraine’s armory, he added. 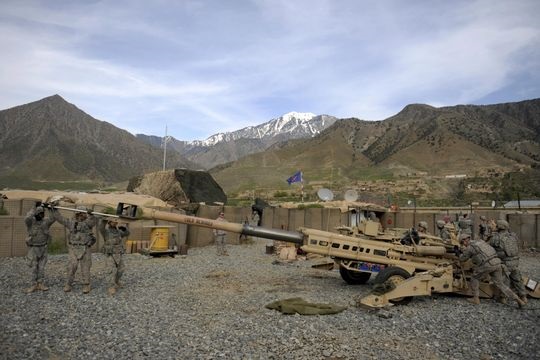 The M777 howitzer was also used by U.S. forces during the war in Afghanistan.
PHOTO: LIU JIN/AGENCERANCE-PRESSE/GETTY IMAGES

The U.S., the U.K. and Sweden have given the howitzer new capabilities by creating GPS-guided shells that are far more precise than earlier-generation unguided projectiles.

The 155mm Excalibur shells, developed by Raytheon Technologies Corp. and BAE, can strike within less than 10 feet of a target, even at their maximum range of around 30 miles, according to Pentagon and company documentation. Targeting of traditional artillery shells grows increasingly imprecise with firing distance because of wind and other factors. Even modern unguided Western-made artillery shells can land as much as 500 feet from a target located 15 miles away.

While the rockets used in U.S. guided missile systems cost $150,000 each, the sort of standard shell used in an M777 is $800, Mr. Cancian said, citing Department of Defense budget documents. A guided Excalibur shell is around $68,000, he said.

But as the U.S. and its allies supply Ukraine they are depleting their own inventories. The war has, for instance, run down U.S. stocks of ammunition used in howitzers, and the Pentagon has been slow to replenish its arsenal.

BAE estimates that it would take some 30 to 36 months to restart full production of the M777, not least because the company needs a new supplier of titanium material and suppliers to produce the weapon’s lightweight components.

- Gordon Lubold contributed to this article.

Write to Alistair MacDonald at alistair.macdonald@wsj.com and Daniel Michaels at daniel.michaels@wsj.com

Modern unguided Western-made artillery shells can land as much as 500 feet from a target located 15 miles away. A previous version of this article incorrectly said their inaccuracy could be as much as one mile. (Corrected on Oct. 9)