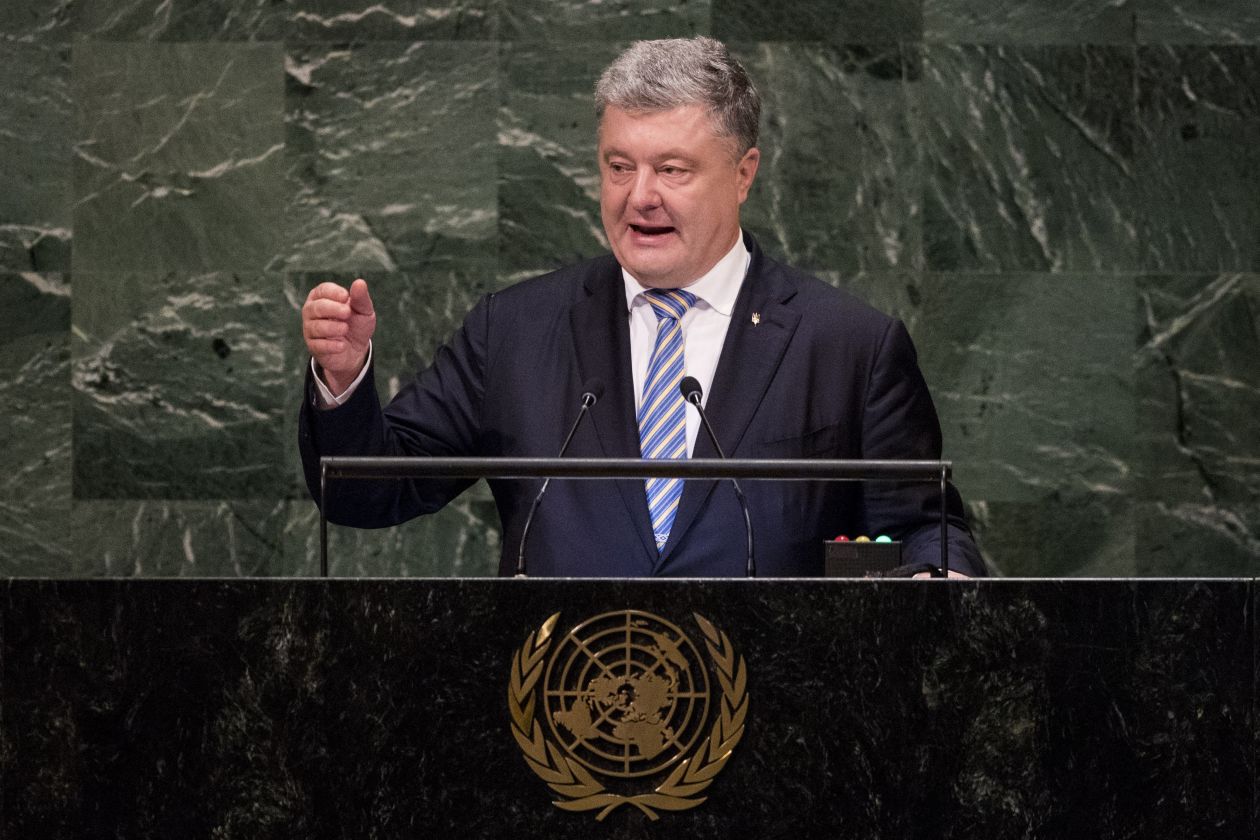 ‘Nothing will stop Moscow from continuing its aggressive, expansionist policies if it does not face a united stand of the international community
By By Chris Gordon, The Wall Street Journal, New York,
Thu, Sep 27, 2018

Ukrainian President Petro Poroshenko delivered a fiery condemnation of the international community in a speech to the United Nations General Assembly, accusing the U.N. of failing in its core mission to prevent wars of aggression.

“Despite the universal appeal for peace and declared commitment to uphold it, wars and armed conflicts remain our ill,” Mr. Poroshenko said in his address Wednesday.

After protests overthrew the pro-Russian government of Viktor Yanukovych in 2014, Russia invaded eastern Ukraine, eventually annexing Crimea. Russia has faced international sanctions in response, but fighting continues. Pro-Russian rebels are engaged in a bitter struggle with Ukraine’s government for control of the Donbas region.

“Ukraine made its sovereign decision to live its way and to promote the free world based on democratic values and rules,” Mr. Poroshenko said. “Russia punishes Ukraine for this decision. It kills. It ruins homes. It lies on an industrial scale.”

Mr. Poroshenko offered a broad attack on Russia and its president, Vladimir Putin, for its military actions around the globe. He called the U.N. a broken institution because Russia has been able to partially shield itself from punishment, admonishing his audience for what he said was their tepid response. As a permanent member of the Security Council, Russia holds veto power over the body’s resolutions.

“Your silence is exactly what the Kremlin weaponized against Ukraine and ultimately against all of us,” he said. “Nothing will stop Moscow from continuing its aggressive, expansionist policies if it does not face a united stand of the international community, if punishment for its actions does not become inevitable.”

The Ukrainian president drew a direct line from Russia’s incursion into Georgia in 2008 to its intervention in Ukraine, its actions in Syria—where it has provided support to the regime of Bashar al-Assad, including bombing civilian areas—and its alleged poisoning of government critics on foreign soil.

“This dangerous slide towards the world with no civilized rules definitely needs to be stopped,” Mr. Poroshenko said. “It is our mission and shared responsibility to empower the United Nations to do what is expected of the organization.”