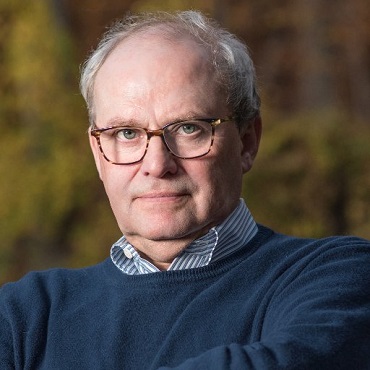 Last fall, I resigned from the supervisory board of Ukrzaliznytsia (UZ), the Ukrainian state railway operator.

There were concrete reasons for this decision, such as not having been paid any salary for half a year and not receiving any liability insurance, but the problems go deeper. Unfortunately, I remain quite pessimistic about the likelihood of good corporate governance at Ukraine’s state-owned enterprises unless major changes are undertaken.

The problems in Ukraine are all the greater, because many are unreformed Soviet enterprises featuring diffuse property rights, a diverse range of non-core assets, poor financial management, old-style organization, massive over-staffing, and pervasive corruption.

The Organization for Economic Cooperation and Development (OECD) has adopted standard rules for corporate governance. As Ukraine’s Minister of Economic Development and Trade, Aivaras Abromavicius had a good law on corporate governance of SOEs based on those principles adopted in 2015. Today, nine Ukrainian SOEs and four state-owned banks have supervisory boards (typically with seven members).

One basic idea is that the management of SOEs should be detached from the branch ministries, so that they are not treated as ministerial departments. Therefore, SOEs should preferably be subordinate to the Cabinet of Ministers, the Finance Ministry, or the Ministry of Economic Development and Trade.

This is an untenable situation. In many cases, senior directors intrigue with ministerial staff behind the backs of the supervisory board, because they see the ministries as their real employers, and they are right to do so.

A key aim of the introduction of independent supervisory boards at SOEs was to stop pervasive corruption. Ukrainian governments have always seen SOEs as cash cows able to deliver benefits to the government or its loyalists. This politicization takes many forms. Traditionally, favored politicians, usually parliamentarians, have tapped SOEs for money through transfer pricing and favored public procurement.

Naftogaz was an outstanding example of this culture, but it was cleaned up after 2014. As a result, it is now coming under attack because it no longer serves its former function. Other bad examples include Centrenergo and Energoatom, where old practices thrive due in part to the absence of supervisory boards.

Under Yanukovych, annual state subsidies to SOEs were about eight percent of GDP. Today, by contrast, SOEs hardly receive any state subsidies. That is an indication of the gains Ukraine can enjoy from the implementation of pretty elementary corporate governance.

Needless to say, the former beneficiaries are furious. They actively seek to reverse reforms. These steps include calls for the minimization of salaries of managers and supervisory board members in order to scare competent and honest people away, so that the old corrupt ways could be revived.

In some instances, opponents of reform also accuse supervisory board members of their own corruption, as recently happened at UZ. Unfortunately, this approach remains possible as Ukraine still suffers from many law enforcement agencies that are vulnerable to exploitation in order to oppose the rule of law.

Compounding these problems, the current Ukrainian government has shown no belief in good corporate governance. Instead, critics accuse the authorities of seeking to appoint friends and secure personal benefits. Many supervisory board members have noted these negative trends and left. Until this disregard for the principles of good corporate governance changes, Ukraine’s SOEs will continue to struggle.

Anders Åslund was a member of the supervisory board of Ukrzaliznytsia (UZ) from 2018-2020.