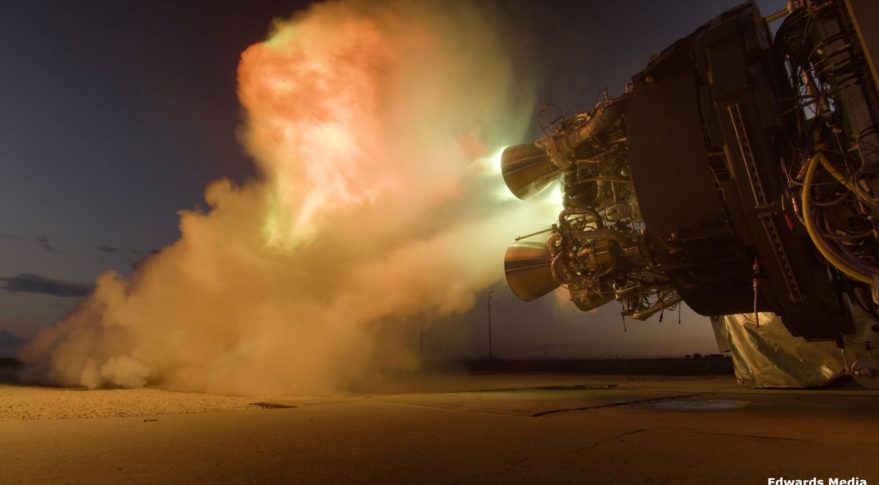 Firefly Aerospace has signed a contract with Spaceflight to be the primary customer for a rideshare mission on Firefly’s Alpha small launch vehicle in 2021.

Under the launch services agreement announced April 22, Spaceflight will provide the payloads for the “majority” of the payload capacity of the Alpha mission, projected to take place in the middle of 2021. The rocket, launching from Vandenberg Air Force Base in California, can place 630 kilograms into sun-synchronous orbit. Spaceflight will also provide rideshare payloads for additional Alpha missions to maximize the vehicle’s capacity on those flights.

The agreement is the culmination of a couple years of discussions, Tom Markusic, founder and chief executive of Firefly, said in an interview. “We expect a long-term relationship with Spaceflight. We consider them the preeminent aggregator of satellites in our payload class.”

Firefly has announced launch agreements with other payload aggregators, including Dutch company Innovative Solutions in Space (ISIS). Brad Schneider, chief revenue officer of Firefly, said he expected ISIS to concentrate on the European market while Spaceflight worked with the U.S. market. “We believe the two will capture the majority of the rideshare market globally,” he said.

Schneider said he sees a “really good balance” between government and commercial business for the Alpha, citing on the government side efforts like the Pentagon’s Space Development Agency and its push to develop satellite constellations. “We think Alpha is going to fit perfectly into that realm,” he said.

Firefly is in the final phases of development of Alpha, and hopes to perform its first launch later this year. Markusic said the company is assembling the first flight vehicle, with plans to perform static-fire tests of the second stage in May and the first stage in June. Once those tests are complete, the vehicles will be shipped to Vandenberg, where work is continuing to modify Space Launch Complex 2 West, a former Delta 2 pad.

Modification of that pad should be complete in July, allowing for a “wet dress rehearsal,” a practice countdown that involves fueling the rocket, in August. Markusic, though, didn’t commit to a specific launch date yet for the rocket. “Since it’s a new facility and a new rocket, it’s difficult to say exactly how long it will take us to work through all the first-try jitters and bugs that we’ll find.”

That first launch will “predominantly” be a demonstration mission, he said, although it will carry some unnamed payloads for customers. A second Alpha rocket is also in production concurrently with the first.

Firefly suffered a setback in Alpha development when a fire broke out during a qualification test of the first stage in January. Markusic blamed the incident on misconfigured software for the test. It caused little damage to the test stand but “significant” damage to the stage, he said.

That development has continued amid restrictions imposed by the coronavirus pandemic. Markusic said the company has taken “progressively more stringent measures,” such as splitting operations into two shifts. It’s also enhanced the use of telework for those who can work at home, buying high-end laptops for those employees and upgrading its network. “I think we’ve been running at least at 90% of capacity even though we’ve had to do these things to keep ourselves safe,” he said.

Schneider added that the company has continued hiring through the pandemic at the rate of about one person per day. “We’re expanding, and every Monday Tom is announcing new employees,” he said. The company currently has about 300 employees.

Markusic said the pandemic and its economic effects provide an opportunity to consider new strategic partnerships, such as the one Firefly announced in October 2019 with Aerojet Rocketdyne to leverage its expertise in areas from space propulsion to additive manufacturing.

“I even thought about teaming up with our competitors on some aspects of the business that are the same but not really important to our competitive posture,” he said. One example he cited was working together on aspects of launch operations common to them. “We can all then focus on beating each other with better rockets instead of better launch sites.”

Besides work on the Alpha launch vehicle, Firefly is part of NASA’s Commercial Lunar Payload Services (CLPS) program, offering a lander called Genesis based on a design licensed from Israel Aerospace Industries, which built the Beresheet lander that attempted to land on the moon in April 2019.

Firefly was one of an estimated 8 to 10 bidders for the latest CLPS task order, which NASA awarded to Masten Space Systems April 8. “From what I can see, all of us had pretty good proposals,” Markusic said, with no deficiencies identified by NASA in Firefly’s bid. The company’s price, though, was higher than the $75.9 million award to Masten.

Markusic said Firefly will take the feedback it did get on its proposal and see what it can do to refine its design and lower its price. The company will likely bid on the next CLPS task order later this year. “We’ll come back with an even better proposal for the next opportunity,” he said, “and try to win again.