IMF: fight against corruption is key challenge for Ukrainian government 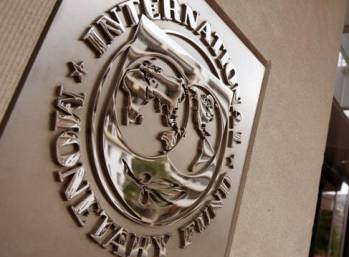 The International Monetary Fund (IMF) has positively evaluated the macroeconomic situation in Ukraine, but said it expects the Ukrainian government to invigorate activities in the fight against corruption, Director of the IMF European Department Poul Thomsen has said.

"The fund currently has one of the largest programs in Ukraine. And we see significant progress if to talk about the economic situation. All this became possible thanks to the measures taken by the Ukrainian government: the matter concerns budget adjustments, a transition to a flexible exchange rate, and adjusting prices for energy resources. All these measures have stabilized the macroeconomic situation, and today we can say growth is returning to Ukraine," he said at a press conference in Washington.

According to the official, the IMF is satisfied with the measures Ukraine is taking to fight against corruption, in particular, the launch of an electronic declaration system.

At the same time, the fund noted the pace of reforms might be much higher.

"The fight against corruption is the key challenge for the Ukrainian government. We expect mobilization from it in this direction. It seems to me the country's leaders understand further support for Ukraine depends on success in this area," he said.