WASHINGTON, D.C. - The U.S.-Ukraine Business Council (USUBC) welcomes Intermarium, Strategy, Consulting and Capital as a new member. Headquartered in Kyiv and serving the countries of Europe, the Middle East, Eurasia and Africa as well as China and the United States, Intermarium Strategy, Consulting and Capital focuses upon developing the business landscape among those regions and working directly with leadership of companies to help position and expand their businesses.

Through strategic counsel and a fully-integrated and cross-disciplinary approach, Intermarium SCC is senior-led by its two founding partners, experienced executives Kateryna Yushchenko and Sonya Soutus.

By partnering with several of the world’s preeminent advisory firms, Intermarium SCC will have instant access to capabilities and offices around the world and particularly Brussels, New York, Washington, London and Dubai. With the myriad opportunities available to companies throughout the region, Intermarium SCC is uniquely positioned to assist them in achieving their business goals.

ABOUT THE TWO FOUNDERS: 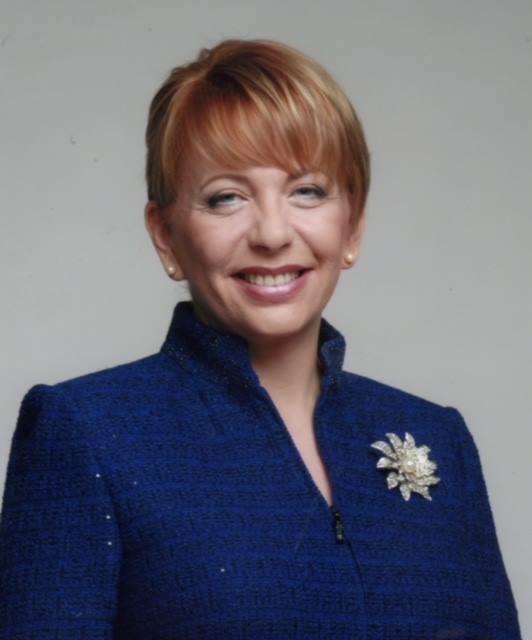 Kateryna Yushchenko, former First Lady of Ukraine, is a board member of Agora, a block chain-based voting ecosystem, and the Nizami Gangavi International Center. She is Chairman of the Ukraine 3000 Foundation, which promotes citizen involvement in health, education and the arts, and has raised and distributed over $50 million in assistance throughout Ukraine. She taught Corporate Social Responsibility at the Ukrainian University of Banking from 2014 to 2018, and is currently on the University’s Supervisory Board.

From 1993 to 2000 she served as Country Director and Bank Training Chief of Party for KPMG-Barents Group in Ukraine, where she oversaw advisory projects in Bank Supervision, Fiscal Reform, Privatization, Capital Markets and Monetary Policy.

A child of Ukrainian WWII immigrants to Chicago, she moved to Ukraine in 1991 to run the US-Ukraine Foundation, which she co-founded to support democratic and free market development in newly-independent Ukraine.

Before coming to Ukraine, Mrs. Yushchenko served as an International Economist at the Joint Economic Committee of Congress, Assistant in the Department of Treasury Office of Policy Management, Associate Director in The White House Office of Public Liaison, Special Assistant in the State Department Office of Human Rights and Humanitarian Affairs, Editor at the Ethics and Public Policy Center, Intern at both the State of Illinois Export Development Office and the US Customs Service Policy Department, and as Director of the Washington-based Ukrainian National Information Service.

She is a recipient of numerous honors, including an Honorary Doctorate from Southern Utah University, Distinguished Public Service / Public Sector Alumni Award from the University of Chicago Graduate School of Business, Golden Pyramid Award from UNESCO, Pro Ecclesia et Pontifice Medal, Medal of the Order of Saint Lazarus of Jerusalem, Swedish Order of the Polar Star, Truman-Reagan Medal of Freedom, “Saint George” Award from the Mayor of Lviv, Golden Medal of the St. Elisabeth High School for Medical and Social Workers, Nadiya Pilman Medal For Attainments in Opthalmology, Special Award from the Children of Chornobyl Relief and Development Foundation. 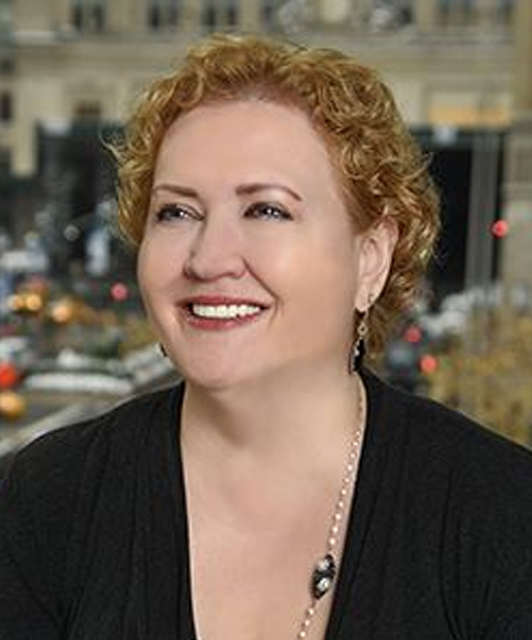 Prior to co-founding Intermarium Strategy, Consulting and Capital, Ms. Soutus was Senior Managing Director at Teneo, Prior to joining Teneo, was Senior Vice President and Chief Public Affairs and Communications Officer for The Nature’s Bounty Company, which was owned by The Carlyle Group.

There, she led a team that supported the organization through a number of business-critical situations, including: acquisitions, divestitures, joint ventures, a rebranding and name change of the company and, ultimately, the sale of that company to KKR & Co. Inc. As part of this effort, Ms. Soutus built out the corporate communications and brand communications efforts and established an in-house government relations function. She also led efforts to receive New York state funds tied to job growth.

Before joining The Coca-Cola Company, Ms. Soutus was Group Director with Burson-Marsteller in Ukraine, where she led public education programs for USAID and later helped establish the agency’s first commercial office in that country. Immediately prior to joining Burson-Martseller, Ms. Soutus served as Press Secretary to the Patriarch and Cardinal of the Ukrainian Catholic Church in Rome and Ukraine. She also worked at KDKA-TV in her hometown of Pittsburgh, PA.

Ms. Soutus is a graduate of Duquesne University where she earned a degree in journalism and English Literature.  She is a recipient of the St. Olha Award from the President of Ukraine.

USUBC has been working closely with Intermarium SCC on a number of join projects in Kyiv and Lviv including….

"The over 200 members of the U.S.-Ukraine Business Council (USUBC) welcome Intermarium SCC as a new member. We look forward to continuing working with the firm, said USUBC President, Morgan Williams.