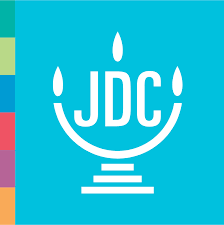 The American Jewish Joint Distribution Committee (JDC) announced today its selection of Ariel Zwang as its next CEO, the first woman to hold this position in the Jewish humanitarian organization’s history. Zwang – the CEO of Safe Horizon, one of America’s leading social service agencies, and a noted Jewish leader – will take the helm of JDC on January 2, 2021. Zwang was unanimously nominated by JDC’s Search and Executive Committees and her candidacy was approved this afternoon by JDC’s Board of Directors after a vigorous search conducted by executive search firm Russell Reynolds.

“We couldn’t be more thrilled to welcome Ariel Zwang as JDC’s next CEO. We know her dynamic skillset and lifelong dedication to improving lives and building Jewish life, at the heart of JDC’s mission, will be critical to her success in leading an organization that’s played a key role in the history of the Jewish people for more than a century,” said JDC President Mark Sisisky and interim CEO Darrell Friedman. “Our world faces unprecedented challenges and JDC’s support of Jews, Jewish communities, Israelis, and others in dire need is more critical than ever before. Ariel’s outstanding talents and values-driven leadership will strengthen our ability to achieve this goal and move us forward into another century of service as the 9-1-1 of the Jewish world.”

During her tenure at Safe Horizon, Ms. Zwang transformed the organization and today oversees its staff of 1,000, a $100 million budget (including tens of million of dollars in government contracts and grants), and programs impacting 250,000 vulnerable people annually. She has doubled the size, and enhanced the financial, operational, programmatic, and strategic health of the organization while developing strong relationships with philanthropic leaders and government officials. She also instrumental in the raising of millions in funding from individuals, foundations, corporations, and governments. Ms. Zwang leverages this robust skillset with previous roles as Executive Director of New York Cares, New York City’s largest volunteering organization; as a White House Fellow in the Department of Housing and Urban Development; in New York City government; and private sector consulting.

“I’ve spent my career working on behalf of those who don’t have all the basics that every human being deserves. And I have also lived my life knowing that that we Jews are all responsible for each other, no matter the circumstances. So it is a tremendous privilege to join JDC, which has saved countless lives over the past century and more, and unite my professional and personal passions,” said Ariel Zwang. “Today’s work – building the future of the global Jewish people, support for those in economic distress, including the elderly and Holocaust survivors, and working with Israel to provide opportunity for its vulnerable – is profoundly meaningful to me. JDC performs these miracles every day, and I am eager to work with its Board, staff, funders and partners to continue this work and position JDC for another 100 years of strength and impact.”

The daughter, granddaughter, and great granddaughter of rabbis and Jewish educators, Ms. Zwang has carried forward her family’s deep commitment to the Jewish community in numerous leadership positions and involvements, including as a current Vice President of B’nai Jeshurun in Manhattan; a variety lay roles at UJA-Federation of New York; as a past Board Member of Jewish Coalition for Service; the New York Committee for Harvard Hillel; and travel to Israel where her brother lives.

“With her impressive record of strong professional leadership of major human service agencies in New York, her deep engagement in Jewish life, and impeccable people skills, Ariel Zwang is exceedingly well positioned to lead JDC as it navigates the challenges and opportunities ahead. A fabulous choice!” said John Ruskay, the veteran Jewish leader and former CEO of UJA-Federation of New York.

Zwang is a longtime advocate for the benefits of volunteerism in Jewish and wider contexts. She holds an undergraduate degree from Harvard College, an MBA from Harvard Business School, and resides in Manhattan with husband, Gordon Mehler, and their young adult daughters.

“Ariel is a rare leader whose integrity, dedication to mission, and sense of purpose will benefit JDC as it continues its impactful work around the world. As someone who leads an international Jewish organization, I know she offers that combination of strength, heart, vision, and insightfulness needed to guide JDC, unify people behind its work, and undoubtedly propel it to new heights,” said Dr. Janice Weinman, CEO of Hadassah.

JDC -- the American Jewish Joint Distribution Committee or "The Joint" -- is the leading Jewish humanitarian organization, working in 70 countries to lift lives and strengthen communities. We rescue Jews in danger, provide aid to vulnerable Jews, develop innovative solutions to Israel’s most complex social challenges, cultivate a Jewish future, and lead the Jewish community’s response to crises. For over 100 years, our work has put the timeless Jewish value of mutual responsibility into action, making JDC essential to the survival of millions of people and the advancement of Jewish life across the globe.