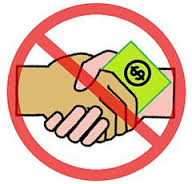 Joint statement of the Embassy of Canada,
the Embassy of the United States
and the EU Delegation to Ukraine,
Kyiv, Dec, 9, 2016, 2016

Journalist Colleagues:  Below is a Joint Statement on the occasion of International Anti-Corruption Day on behalf of the Embassy of Canada, the Embassy of the United States and the EU Delegation to Ukraine.  Thank you.  -- U.S. Embassy Press Office.

On International Anti-Corruption Day, the Embassy of Canada, the Embassy of the United States and the EU Delegation to Ukraine congratulate Ukraine on the important achievements it has made in the fight against corruption and encourage it to continue on the path of ambitious reforms.

Ukraine now stands at the crossroads between a prosperous future based on the rule of law or a path of continued corruption that has been a major hurdle in the socio-economic development of the country since its independence. We applaud the impressive steps taken since the Revolution of Dignity, including the adoption of constitutional amendments on the judiciary and of anti-corruption legislation, the establishment of specialised anti-corruption bodies, and the successful launch of the electronic asset declaration system. These measures can contribute to greater public trust in the work of state officials, and we commend Ukrainian authorities and civil society for their dedication and hard work that has made it possible to launch a credible reform process.

These gains are still consolidating and require the continued, focused efforts of all Ukrainian stakeholders working together to sustain and build on this positive momentum into 2017, and beyond. We strongly encourage the independent and credible verification of submitted e-declarations. We also look to Ukrainian authorities to ensure the independence and adequate resourcing of the National Anti-Corruption Bureau (NABU), the Specialised Anti-corruption Prosecutor Office (SAPO), and the National Agency for the Prevention of Corruption (NAPC). It is vital that the competencies and powers of these specialized bodies are fully respected by all state institutions. We voice our support for the establishment of the High Anti-corruption Court and stand ready to provide assistance as this process is being developed. The independent and transparent selection of judges will be of key importance.

We also encourage Ukrainian authorities to complete the establishment of the new Asset Recovery and Management Office (AMRO) so that this institution can commence its operations in early 2017 and fulfil its critical tasks. We stress the importance of completing the creation of the State Bureau of Investigations (SBI) in a transparent manner, which can ensure its independence and credibility. We also encourage relevant authorities to accelerate the process of creating a new financial police that can play a major role in the fight against corruption.

The Embassy of Canada, the Embassy of the United States and the EU Delegation to Ukraine express our appreciation for the determination and results that reformers among Ukrainian authorities and civil society have shown and assure them of our strong support.