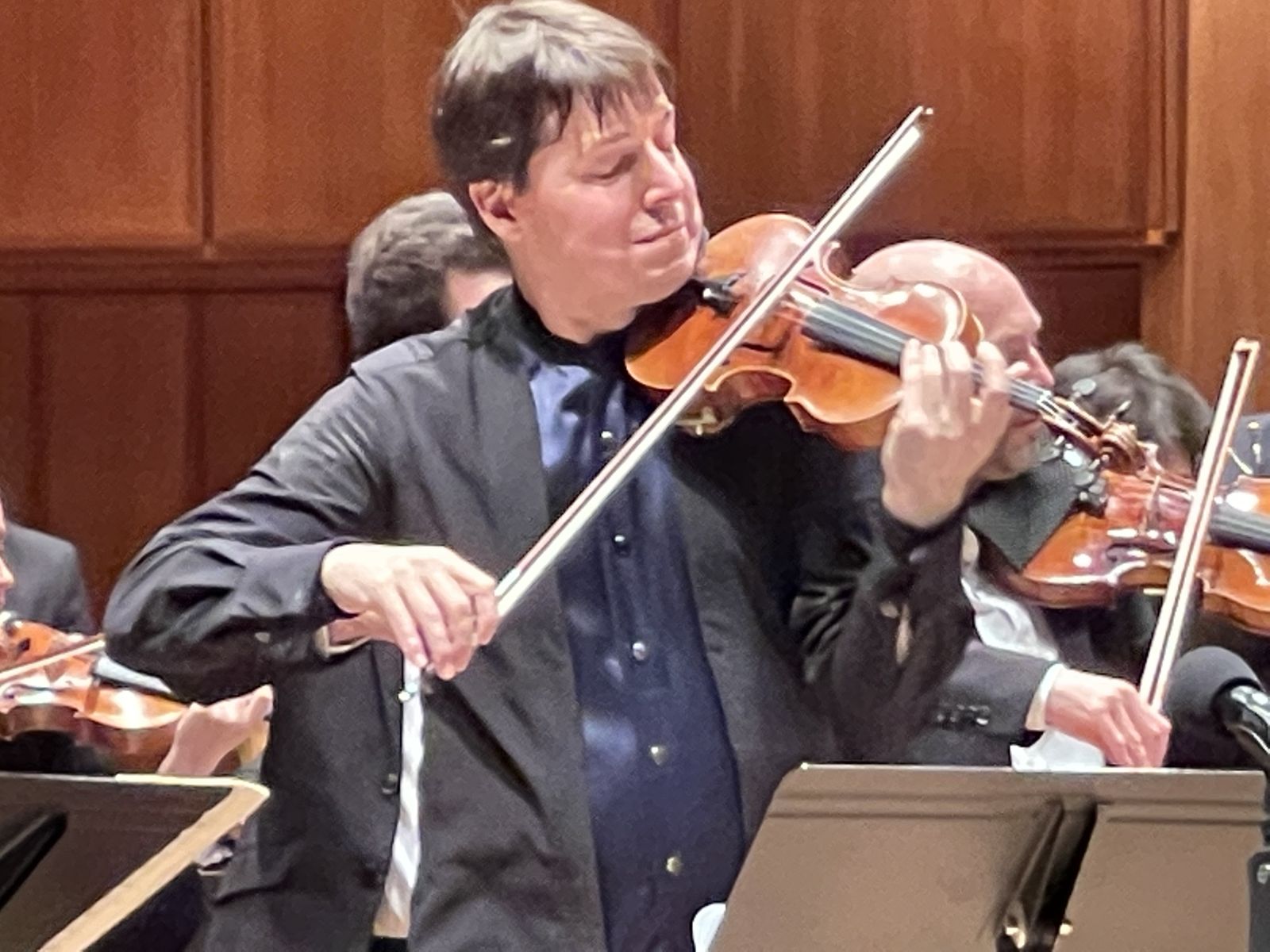 Vladimir Putin isn’t simply waging a war of territorial conquest in Ukraine. He is also seeking to erase the very idea of the Ukrainian nation. This is a goal that Stalin, whom Putin extols as a model for modern-day Russia, tried and failed to accomplish in the early 1930s when he initiated the Holodomor, a man-made famine that resulted in the deaths of millions. 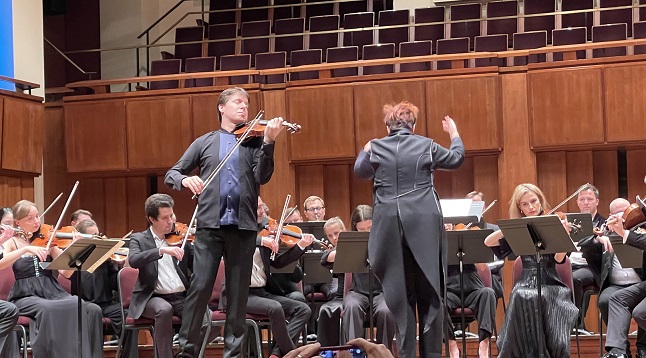 This Russian campaign to erase Ukrainian identity has a strong cultural component. Last week, Russian troops murdered Yuri Kerpatenko, the chief conductor of the Kherson Music and Drama Theater, at his home in the occupied southern Ukrainian city for refusing to take part in a planned “holiday concert” celebrating Putin’s invasion.

Kerpatenko’s courage brings to mind Arturo Toscanini’s beating at the hands of Mussolini’s thugs for his refusal to perform the official Fascist anthem “Giovinezza” before a concert in Bologna in 1931, not to mention his spurning of Hitler’s personal request that he conduct Wagner’s Ring cycle at Bayreuth in 1933. In refusing to subordinate his art to the political dictates of the tyrant in the Kremlin, Kerpatenko exemplified Ukraine’s defiant response to Moscow’s invasion.

That defiant spirit was on abundant display on October 18 at the Kennedy Center during a well-attended benefit concert for Ukraine. It was organized by the Chopivsky Family Foundation and featured the New Era Orchestra of Kyiv together with the celebrated violinist Joshua Bell. The New Era Orchestra, which was founded in 2007 by its artistic director Tatiana Kalinichenko, reunited at the Kennedy Center after being dislocated by the Russian attack on Ukraine.

It is the foremost chamber ensemble in Ukraine (similar in size to the Chamber Orchestra of Europe) with all its musicians under the age of 42. It has performed with stars such as Sarah Chang and at the “Septembre Musical Montreux-Vevey” in Switzerland. But the orchestra’s closest association is with Bell, who has performed three times together with the ensemble in Ukraine.

The program itself was astutely selected by maestro Kalinichenko. It opened with Beethoven’s seventh symphony, which he composed at the Bohemian spa Teplitz and which Richard Wagner ca 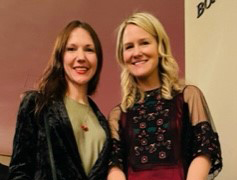 lled the “apotheosis of the dance.”

As Ukrainian Ambassador Oksana Markarova noted in her introductory remarks at the Kennedy Center, the work has special significance for Ukraine today.

It was premiered by Beethoven in 1813 in Vienna at a benefit concert for Austrian and Bavarian soldiers who had been wounded at the battle of Hanau during one of Napoleon’s last victories.

Beethoven, who, like a number of his compatriots, initially admired Napoleon as a revolutionary only to become disillusioned with him, saw himself as something of a freedom fighter in the cultural sphere. In his letters to his music publisher, he even puckishly referred to himself as a “Generalissimo.”

In places, the seventh symphony has a martial aspect to it. Beethoven, for example, really lets it rip in the final fourth movement as the tympani pounds away right at the outset. It was a real pleasure to hear the New Era Orchestra play it with such verve and vigor.

Beethoven symphonies are often played by larger ensembles, but the smaller scale of the New Era Orchestra meant that it was possible to hear the interplay between the various orchestral sections quite distinctly, in particular the fine performance of the woodwind section which Kalinichenko drew out well. Beethoven’s optimistic spirit and his quest for liberty and independence were unmistakable throughout. 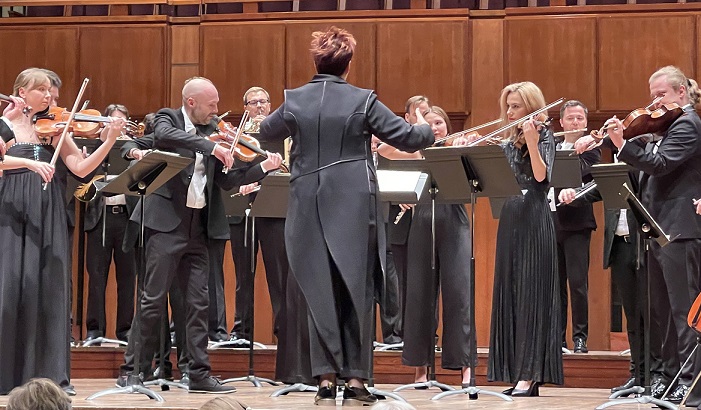 The German composer was as defiant a figure as they come, prompting the philosopher Johann Wolfgang von Goethe, after meeting him in Teplitz, to record that he was “an utterly untamed personality.” Perhaps the musicologist William Kinderman has put it best in his instructive book Beethoven: An Political Artist In Revolutionary Times: “As an antidote to cynicism, his forward-surging idealism and restless quest for insight into complexity are indispensable.”

Two brief pieces by Ukrainian composers followed, the first by Valentyn Silvestrov entitled “Evening Serenade From Silent Music,” and Myroslav Skoryk’s “Melody.” These were no mere musical palette cleansers, but rewarding in their own right.

Silvestrov’s contemplative serenade prompted thoughts of Samuel Barber’s “Adagio for Strings” and Vaughn Williams’ “A Lark Ascending.” The elegant simplicity of the work endowed it with a transcendent character.

Silvestrov, who was born in 1937 and got into hot water with the former Soviet authorities for his music and political stances, is Ukraine’s most famous living composer. Following the Russian invasion this past February, he fled to Berlin, where he continues to compose.
In a recent interview with Deutsche Welle, he did not mince his words about the true nature of the Russian regime: “Who supports Putin? Criminals, people for whom mother tongue means ‘flush someone down the toilet.’ He recruited these criminals and put them in elegant suits.” 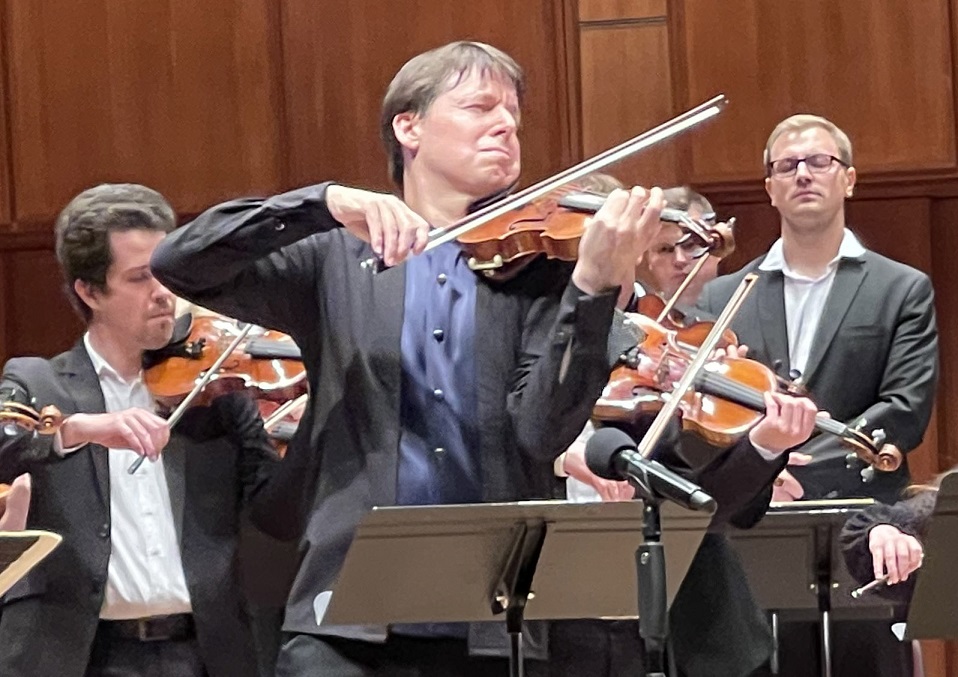 The highlight of the concert, of course, was Bell’s performance of Bruch’s Concerto No. 1 in G Minor. Whoosh! It was as though rocket fuel had been injected into the proceedings; Bell’s vigorous, dynamic playing, coupled with his sumptuous tone, propelled the orchestra itself, boosting it to another level.

At times, Bell would turn around to face the orchestra, nodding vigorously and making eye contact with certain musicians, as though he was on the verge of assuming the conducting duties himself. (His eagerness to jump in reminded me of watching the legendary pianist Rudolf Serkin performing a Mozart concerto at Oberlin College and stomping his feet as he played to exhort the student orchestra to move more briskly.)

Once the concert concluded, Bell explained to the audience that he fervently hopes to play again soon with the orchestra in Ukraine itself. His admiration for the New Era Orchestra’s determination to uphold the battle for Ukrainian liberty and culture offered a moving reminder that the resistance to Russia’s criminal war isn’t faltering. It has just begun.

NOTE: Jacob Heilbrunn is editor of The National Interest (https://nationalinterest.org/). He tweets @JacobHeilbrunn.