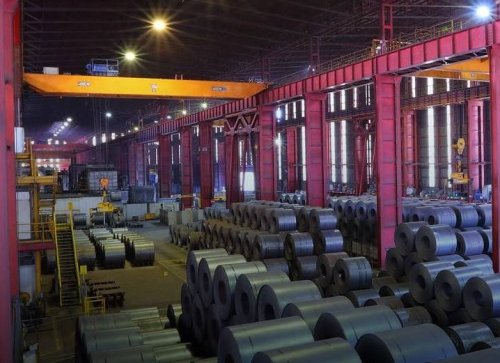 Metinvest Group has suspended two of its rolling facilities in Italy. This decision was taken in connection with the COVID-19 pandemic and the Italian Government's demands to suspend the operation of steel mills in the country.

The Group's plants Ferriera Valsider and Metinvest Trametal in Italy are closed until April 3, 2020 to counter the spread of the virus. It is expected that during the shutdown the production volume at these plants will decrease to 40,000 tons. The Group does not exclude that the Italian government may impose additional restrictions on the operation of steel works, under which the restriction imposed on all major or part of the operating processes at Ferriera Valsider and Metinvest Trametal will be extended. At the same time, the availability of semi-finished products inventory will allow to resume the normal pace of operation immediately after the release of quarantine, if there is a demand for steel products.

In the event of an extension of restrictions imposed on Italian plants and continued instability in the European market, Metinvest forecasts a decline in production at its Ukrainian plants, primarily, Azovstal. The Group is considering a complete shutdown of slab production at the plant.

In addition, the option of stopping Blast Furnace No. 3 at Azovstal and rescheduling the launch of Blast Furnaces No. 4 at Ilyich I&SW and No.4 at Azovstal that were shutdown for major overhauls (from April to May) is under consideration. In turn, Zaporizhstal I&SW (joint venture) does not exclude the possibility of postponement of the launch of Blast Furnace No. 5 after the scheduled reconstruction. Final decisions on the re-launch of furnaces will be made on the basis of the availability of orders in April and the current situation globally.

Excessive volumes of iron ore produced at the Group's mining assets in Kryvyi Rih due to a possible decline in iron production will be channelled to traditional markets, particularly China.