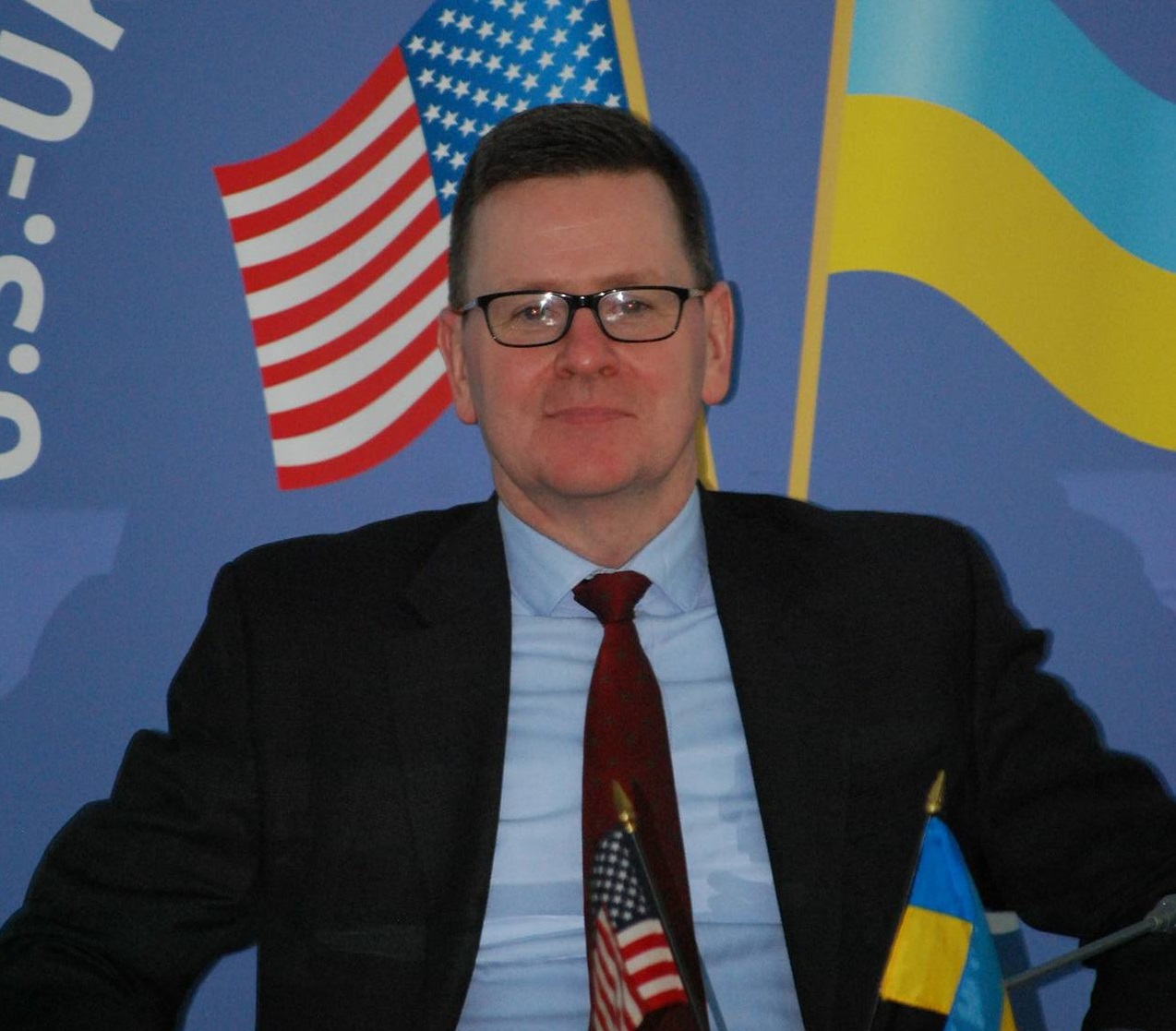 DSA award was given to Mike Lally by USUBC President Morgan Williams at the Certified U.S. Trade Mission Luncheon on Saturday, Oct 27 in Kyiv, Ukraine. 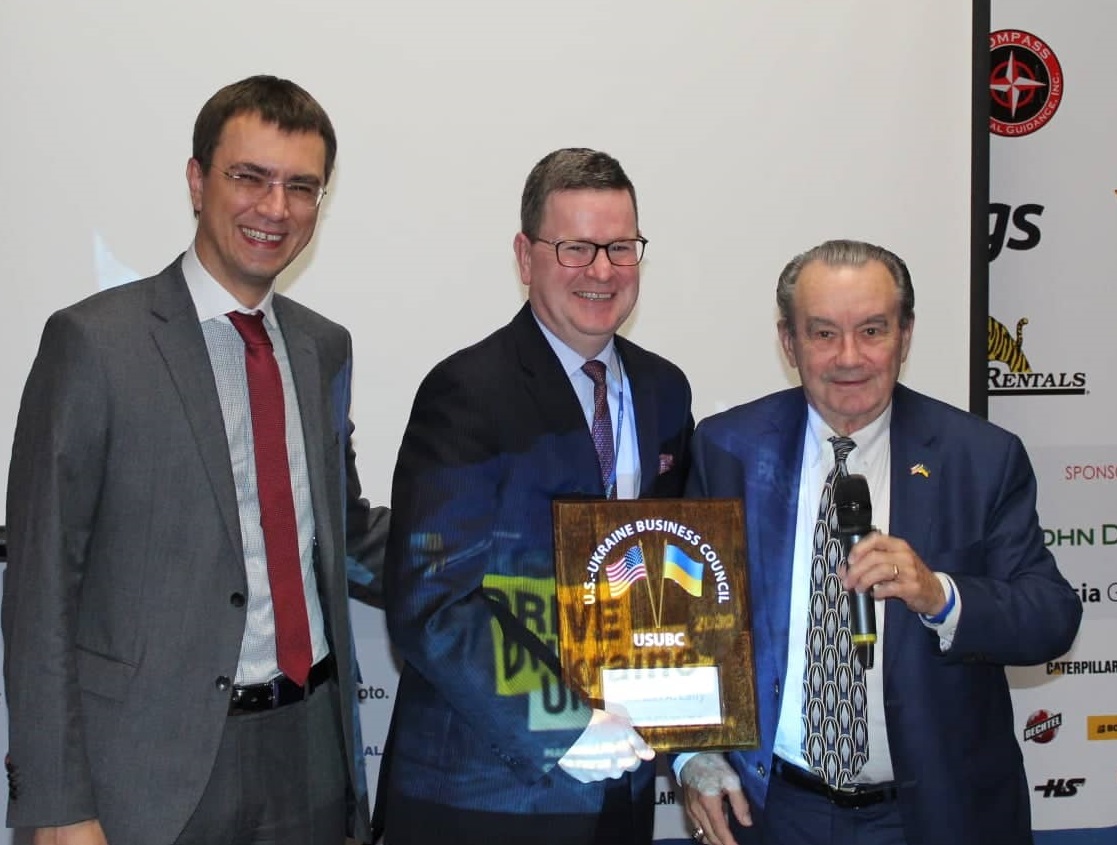 Deputy Assistant Secretary of Commerce for Europe, the Middle East and Africa (EMEA)

Michael Lally is Deputy Assistant Secretary of Commerce for Europe, the Middle East and Africa (EMEA).  Mr. Lally leads efforts to develop trade policy and facilitate business development with U.S. firms in the EMEA region. His duties include business and policy development and operational oversight of five Washington business units and over forty U.S. Commercial Service offices in the EMEA region.

Before joining the Foreign Service, Mr. Lally was an Energy Analyst with the Science Applications International Corporation in McLean, Virginia, where he specialized in post-Soviet energy markets. Mr. Lally holds a Master’s Degree from Indiana University and Bachelor Degrees with Honors from The American University in Washington D.C. He is a graduate of the Wharton Management Program of the University of Pennsylvania. He speaks Russian, Spanish and Turkish. In March 2008, he was a Faculty Member at the U.S. Air Force’s Wargaming Institute at Maxwell Air Force Base in Montgomery, Alabama. He holds Bronze and Silver Medals for superior federal service in support of U.S. business development in Kazakhstan, the Caucasus, Turkey and Afghanistan. His writings have been published in the Christian Science Monitor, the Foreign Service Journal, Turkish Policy Quarterly, and Inside a U.S. Embassy. He has studied trade policy (2011) and international security (2015) at Harvard University’s Kennedy School of Government.

Mr. Lally is a native of the Bronx, New York and the son of Irish immigrants. He is married to the former Lilia Chichikal of Kiev, Ukraine. They have a daughter and live in Virginia.