Morgan Williams: What Ukraine must do to prosper 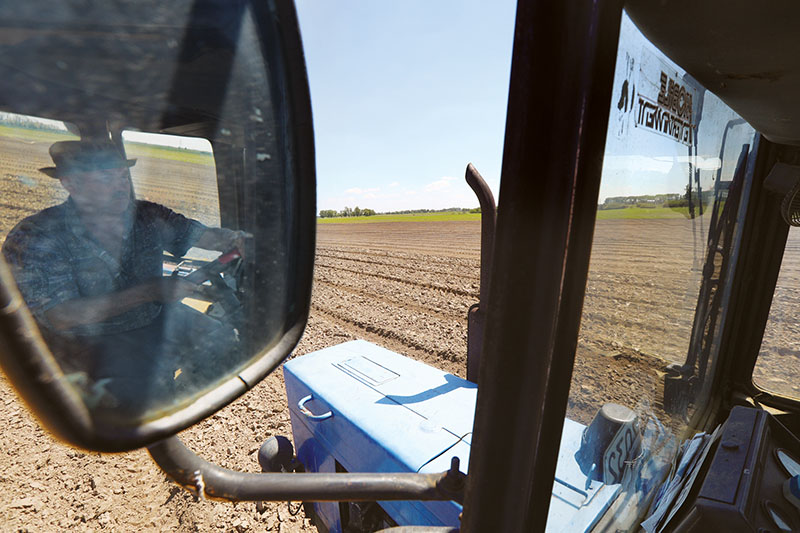 Ukraine must demonopolize to achieve rapid growth and prosperity. Two places to start with are the railways and agricultural land. The government of Ukraine holds far too many critical monopoly positions in state businesses and other state-controlled operations through ownership, outdated laws, endless regulations and political influence.

A few new top executives placed in state corporations and agencies cannot change them fast enough or deep enough by themselves. They need stronger support of high state officials, updated laws from the Rada, and state anti-corruption officials to break up the many schemes that corrupt part of almost every dollar that goes through the state monopolies. High officials need to stop quietly issuing orders to leave big corrupt schemes in place.

By allowing the private sector to fully work and invest in both of them — railways and agricultural land — Ukraine can be flooded with new long-term capital investment, world-class companies and the modern technology needed to lift the nation’s economy.

Regarding the railways, I’m not talking about privatizing Ukraine’s state-owned railways monopoly, Ukrzalyznytsia. This No. 1 monopoly needs to be opened up. It’s huge, faces tightly controlled old corruption schemes and needs massive modernization.

There are 10,000 ways that money is being sucked out by corruption from this behemeth that employs a quarter of a million people and that manages thousands of service and commodity contracts.

The new leadership at Ukrzalyznitsia has worked hard during the past year to make the needed changes. But so much more still needs to be done.

Most of what Ukrainian Railways does can be done better and cheaper by cooperating with the private sector through opening up the operations and purchases to allow private  participation as well as open and transparent tenders.

The railways have turned away large private investment offers because the state seems to want to keep its monopoly hold on the enterprise. As long as Ukrzalyznitsia insists on purchasing and controlling all the rolling stock, economic growth will be impeded. New railcars can be built quickly inside Ukraine. if the state railways would allow.

Ukraine has a critical shortage of modern commodity cars, especially during harvest. The state does not have enough money or capacity to build or buy the thousands that are needed now. Many existing cars are in such poor condition they need to be discarded. Farmers suffer huge losses when commodities cannot reach the ports on time. Locomotive engines need to be made available for use by private companies.

There is no reason, other than populist mythology, why Ukraine’s 42 million hectares of arable land should not be treated like any other commodity that is bought and sold. Land needs to be productive. The best way to ensure productivity is through private ownership.

The moratorium on buying and selling agricultural land is holding back the economy.

In 1995, I heard a speech by Oleksandr Moroz, a Socialist Party leader and ex-speaker of Ukraine’s parliament. He was pounding the table at a meeting, saying there will never be private land in Ukraine. The land, he said, belongs to all the people, is rather sacred and no price can be put on it.

The reality is that the private sector has been the major force holding the food system together. I remember in 2000 when farms were falling apart because they had no working capital, no clear ownership or leadership. The government put on a moratorium to stabilize the situation. But to kick the can down the road to 2017 is counterproductive. It is the private business sector  that came up with the system of land leases that saved agricultural production.

Recently, I was in Washington, D.C., at a meeting with a deputy ministry of agriculture, who said nothing has changed in Ukraine except that Moroz is out of politics.

There’s finally momentum in creating a land market, but not enough. The new law must be fair, be phased in and contain many safeguards against fraud and corruption. The new law being proposed by the government is too slow and incremental. A liberal land reform program, implemented over five years, is needed.

Ukraine has to protect money. The hryvnia started at two to the dollar, now it’s at 26. Using state resources, fraud and corruption to manipulate the currency has been a great way for the government to rob its own people. The people who are hurt most by devaluation are those who can least afford it. The largest enemy has been the government. More wealth has been robbed from the people of Ukraine this way than in any other way in the last 25 years.

Why investors vote no

Business looks at the economy differently than politicians and academics. Business leaders take a logical, practical approach because they are putting their money on the table. They vote with their money and investment funds.

And, thus far, unfortunately, too many, especially international businesses, are today voting NO on Ukraine. They are not leaving. They have plans to invest more but are just not ready yet with significant new investment.

Ukraine attracted only $50 billion in foreign investment since statehood and, at most, $4 billion last year. It’s nowhere near enough to move millions of citizens out of poverty.

There is no reason to be celebrating 2.5 percent annual economic growth from Ukraine’s low gross domestic product of $100 billion. Ukraine needs growth of at least 7 percent to catch up.

If Ukraine wants to play to its strengths quickly, it will free up the agricultural sector through the creation of an honest and transparent land market. It will also improve its infrastructure — roads, ports and rivers, but primarily rails — so that the goods can transported quickly and cheaply abroad.

Civil society and private business are the two major good forces today in Ukraine. They must work together. They must become more powerful and assertive. If these two positive forces achieve success, Ukraine will move forward.

Morgan Williams is the president of the U.S.-Ukraine Business Council.
LINK: https://www.kyivpost.com/article/opinion/op-ed/morgan-williams-ukraine-must-prosper.html