OPINION: BIDEN STILL DOESN’T HAVE
A U.S. AMBASSADOR IN UKRAINE —
AND IT’S NOT THE SENATE’S FAULT 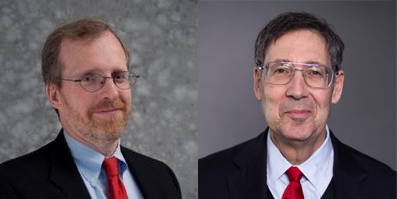 Several USUBC members have been asking about the situation regarding the absence of a U.S. Ambassador in Ukraine since May of 2019.  David Kramer and John Herbst, both Senior Advisors to USUBC, recently published an Opinion piece about this situation in the Washington Post. You will find the Op-Ed below.

DISCLAIMER:  The article is sent For Your Information only. The opinions and views expressed in the Opinion Piece are solely those of the authors.

David J. Kramer is director of European and Eurasian studies at Florida International University’s Steven J. Green School of International and Public Affairs and served as an assistant secretary of state for democracy, human rights and labor in the George W. Bush administration. John E. Herbst, a former U.S. ambassador to Ukraine, is senior director of the Atlantic Council’s Eurasia Center.

WASHINGTON, D.C- OP-ED - The Kremlin has embarked on a massive buildup of troops along Russia’s border with Ukraine. Vladimir Putin and his entourage have been spouting belligerent rhetoric, openly calling into question Ukraine’s continued right to exist. Moscow has resorted to military action against its neighbors, including Ukraine, before. Yet the results this time could be even more catastrophic.

Given this dire situation, one might assume that having a Senate-confirmed U.S. ambassador on the ground in Kyiv, the Ukrainian capital, would be useful. But there is no U.S. ambassador in Ukraine, nor is there any indication of when one might be arriving. This failure is not the responsibility of the Senate, which has been slow in confirming a slew of nominees of the Biden administration. No, in this case the Biden administration has only itself to blame. So far the president hasn’t even managed to nominate someone for the position.

Failing to arrange for an ambassador in Kyiv is not just a bad way to conduct foreign policy. It also indicates the administration’s disrespect — however unintentional — for Ukraine. That country already endured enough during the final two years of the Trump administration. It was expecting better from the Biden administration, especially given Biden’s familiarity with the country. When he served as vice president during the Obama era, one of his duties included serving as the administration’s point person to Ukraine.

The last Senate-confirmed ambassador in Kyiv was Marie Yovanovitch, a highly respected career Foreign Service officer. She, readers might recall, was unceremoniously and unfairly removed by then-Secretary of State Mike Pompeo at White House insistence, egged on by President Donald Trump’s personal lawyer Rudolph W. Giuliani as part of the politicization of U.S.-Ukrainian relations that led to Trump’s first impeachment.

That was in the spring of 2019. William Taylor, who had once served with distinction as U.S. ambassador to Ukraine during the George W. Bush administration, was soon afterward asked to return to Kyiv and temporarily fill the vacancy until his departure seven months later. Kristina Kvien has done a most admirable job leading the embassy as deputy chief of mission during a very challenging time, but she is not the U.S. ambassador to Ukraine — i.e., the chosen representative of the president, confirmed by the Senate.

After almost one year in office, the Biden administration has nominated dozens of ambassadors and people for senior positions at the State Department. Sens. Ted Cruz (R-Tex.) and Josh Hawley (R-Mo.) blocked confirmation of many of these individuals — mostly due to Cruz’s unhappiness with the administration’s decision in May not to sanction the Nord Stream 2 pipeline running from Russia to Germany and Hawley’s displeasure with the U.S. withdrawal from Afghanistan. In December, Cruz finally struck a deal with Senate Majority Leader Charles E. Schumer that allowed 32 nominees to gain Senate approval — a welcome step forward. But the post in Kyiv remains empty.

The administration has been unusually slow in selecting candidates for national security positions requiring Senate confirmation. Those who are nominated often face sluggish action in the Senate. Such delays have triggered a stream of criticism.

In the case of Ukraine, however, the Senate is not to blame — the White House bears full responsibility. The State Department has not sought agreement from the Ukrainian government, the initial step in securing the host country’s assent to the intended nominee. Among the names apparently being considered by the White House is a career Foreign Service officer who is currently an ambassador elsewhere. That means the person already has been vetted and approved by the Senate for the person’s current posting and would likely gain quick approval if ever nominated for the Kyiv position. The White House delay in settling on a nominee is simply inexcusable at this point in the administration.

In a readout following Biden’s most recent phone call with Putin on Dec. 30, a senior administration official noted the extensive contacts the United States has had with European counterparts at the presidential and ministerial levels. “Our newly confirmed ambassadors to both NATO and the OSCE have begun active outreach to their counterparts,” the official added. Notice that no such outreach was mentioned for Ukraine — because there is no ambassador in place there.

Ahead of the various negotiations the administration has agreed to with Russia, it should start the new year with the announcement of the nominee to be ambassador to Ukraine. The Senate, in turn, should act quickly on that nominee so that the United States is properly represented in Kyiv and returns the U.S.-Ukraine relationship to a sense of normalcy. Further delays will harm U.S. national security interests and damage U.S.-Ukraine relations even more.