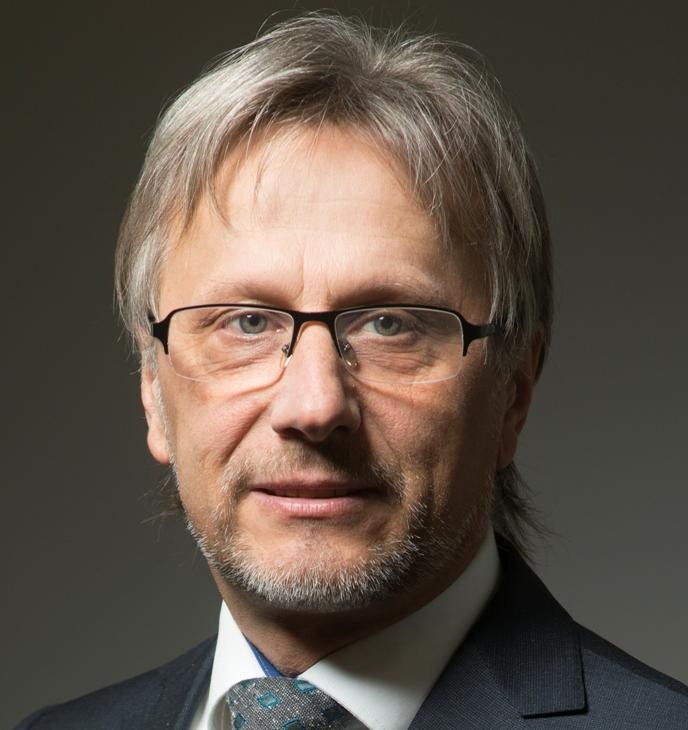 Presentation by Volodymyr Lavrenchuk,
Chairman of the Board, Raiffeisen Bank Aval, Kyiv

(2) CEE GDP per capita (in % of European Union average)

NOTE: The entire presentation "Outlook 2018 - Banking.Finance.Investments" can be found in the attachment to this e-mail.

BIO: Volodymyr Lavrenchuk, Chairman of the Board, Raiffeisen Bank Aval

has been in Lavrenchuk Volodymyrbanking sector since 1982. In different times, he occupied managerial positions in the Savings Bank of Ukraine, Ukrinbank and Raiffeisenbank Ukraine.
Since October 2005, Mr. Lavrenchuk has been appointed Chairman of the Board of Raiffeisen Bank Aval.

as the best top manager in Ukraine’s banking system (the magazine “TOP 100. Rating of Business Leaders of Ukraine” and awards of the Guard of Managers all-Ukrainian Rating); the most authoritative manager among the leaders of Ukrainian banks (the Companion magazine); the best top manager in terms of introduction of reputation marketing (the Aval Bank Raiffeisen has not once been recognized as the best leader in the financial segment of Ukraine. In 2011, he was named among TOP 5 most authoritative top managers in all the industries of the Ukrainian economy according to the rating made by the Companion magazine. Expert groups, which took part in making business ratings in different years, recognized CEO of Lavrenchuk Volodymyr
Bankir magazine); the best top manager of a bank with foreign capital (the Kontrakty business weekly). In 2014, Volodymyr Lavrenchuk took the first position in the rating “Ukrainian bankers most open for communications with journalists and clients”, made by the Investgazeta.

magazine and for the fourth Vremia Novoye became a laureate of the prize “People of the New Time” by the Lavrenchuk Academy”.  In 2016, Mr. Kyiv-Mohyla is a Trust Council of the National University “Lavrenchuk Volodymyr as the most authoritative banker of Ukraine. He also topped the Ukrainian Banker Awards rating of the best Ukrainian bankers, made by the business portal Delo.ua. Lavrenchuk VolodymyrIn 2015, the Companion magazine recognized

Raiffeisen Bank Aval provides a wide range of standard and innovative banking services to more than 2.5 million customers via its nationwide network, which comprised, as of the end of December 2017, 500 outlets located throughout Ukraine. Raiffeisen Bank Aval maintains its leadership in the service quality in the Ukrainian banking sector. According to GfK Ukraine, which is specialized in market researches, the reputation of the bank outreaches the average market one.

Substantial successes of the bank are traditionally recognized by reputable editions and experts, rating companies, partners
and customers in Ukraine and abroad. Among those awards were “Best Bank in Ukraine” (by Euromoney, Global Finance, EMEA Finance), “Best Trade Finance Provider in Ukraine ” (Global Finance); “Most Active Issuing Bank in Ukraine under the Trade Facilitation Program” (EBRD) and many other.