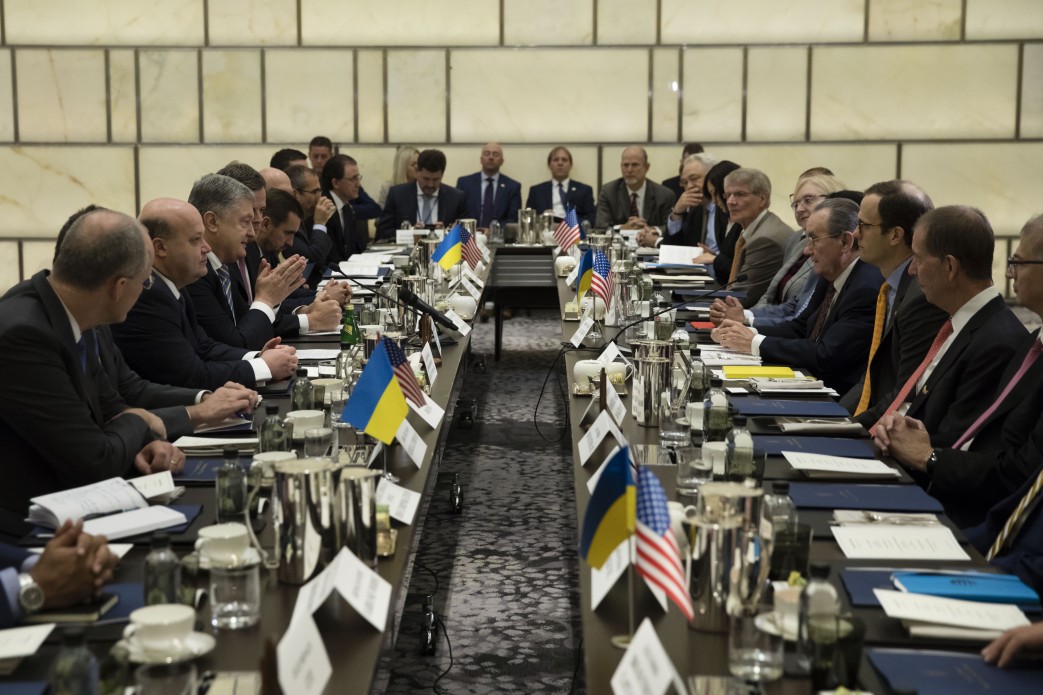 The Business Breakfast meeting was c0-sponsored by
U.S.-Ukraine Business Council and
The Embassy of Ukraine in the USA.
Wed,  Sep 26, 2018

During his working visit to the United States, President Petro Poroshenko met with representatives of American business circles already represented in Ukraine or interested in developing business in our country.

The meeting, which took place in New York, was attended by representatives of well-known American and global companies. In particular, the leaders of such companies as Holtec, AT&T, IBM Corporation, Boeing International, XCoal Energy & Resources, Motorola Solutions, GE Transportation, AM General, Bunge Ltd, Cargill, Inc., Coca-cola, Pepsico, Citibank, Greenbrier, as well as representatives of the U.S-Ukraine Business Council (USUBC) had a conversation with the President. 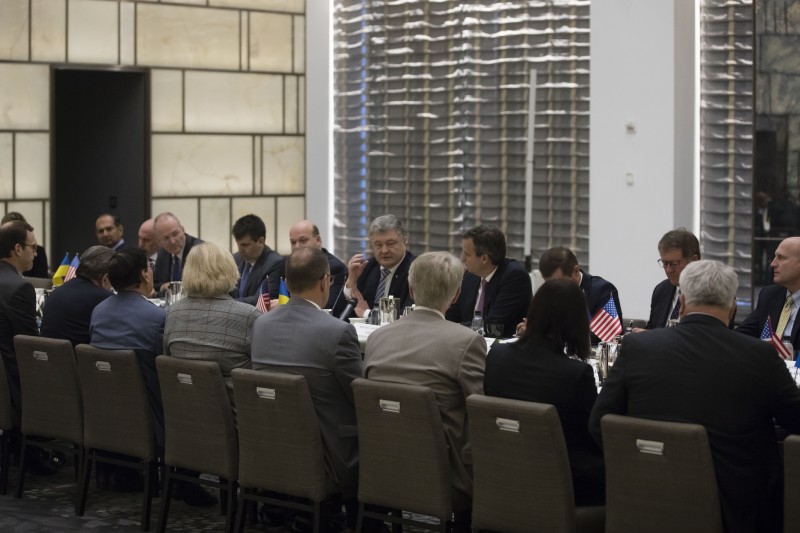 During the meeting, the Head of State presented in detail the macroeconomic situation and strategy of Ukraine's economic development on the path to European and Euro-Atlantic integration and informed about the changes that have taken place in our country since his last meeting with American businessmen in 2017.

"Today, one can already see the results of the reforms in Ukraine, which the business itself mentions - the investment climate has been considerably improved, the number of foreign direct investments is increasing, the overall macroeconomic situation in our country has clear signs of stability," Petro Poroshenko said. 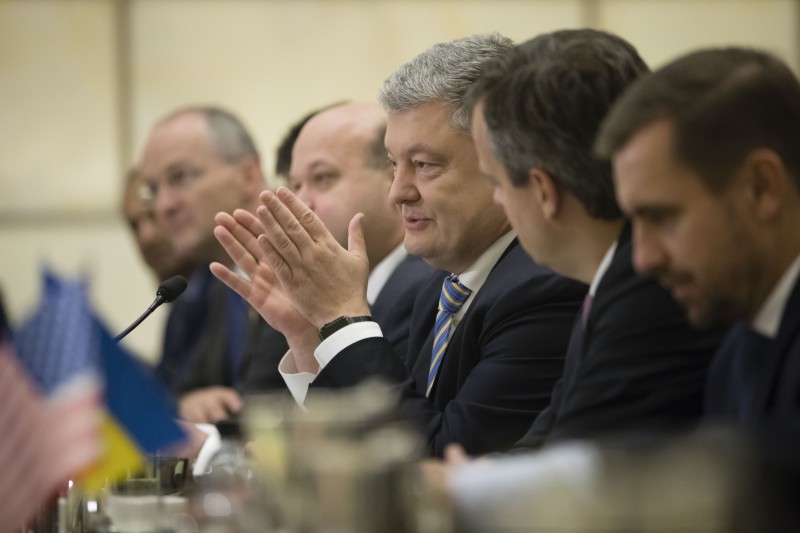 The President also noted that the reduction of the ratio of the external debt of the state to the gross national product in recent years is very significant and demonstrates the responsible policy of the authorities and stable economic growth of Ukraine.

In more than two hours of conversation, business climate, deregulation, tax policy and the achievements of the last year in the area of legislative reforms were discussed. Also some business projects planned to Council in Ukraine in the near future were presented. 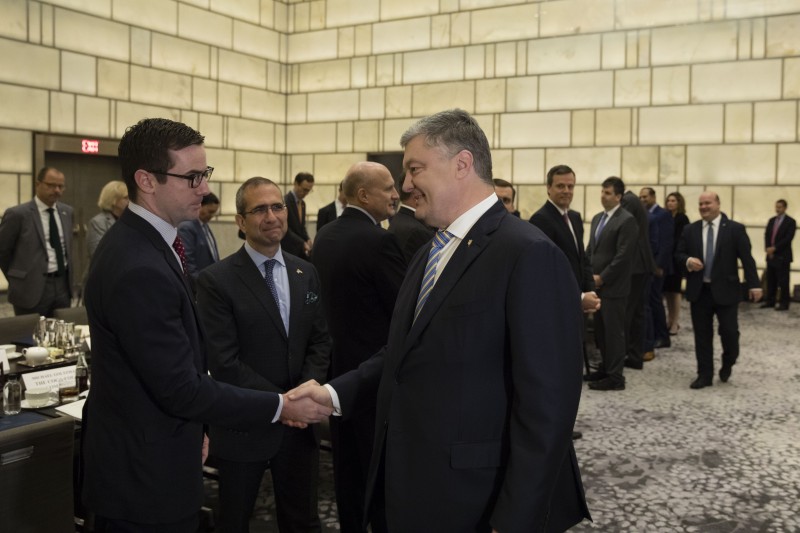 Representatives of American business commended Petro Poroshenko's leadership in implementing reforms on the path to a successful country and thanked the President for "significant positive changes that the Ukrainian authorities have achieved in relation to business, in particular regarding the implementation of effective anticorruption policies, creation of a favorable investment climate and successful progress in deregulation”.

The participants of the meeting noted that the improvement of business climate allowed not only large, but also small and medium international companies to feel comfortable and do a successful business in Ukraine.

American companies also expressed willingness to increase investment in Ukraine as a result of tangible reforms in recent years.

Particular attention was paid to the issues of privatization and further attraction of foreign investments into the Ukrainian economy. In particular, representatives of one of the agrarian companies noted that Ukraine is today the most interesting and most competitive market in Europe.