As an independent nation, Ukraine’s rights to maintain its national sovereignty, defend its territorial integrity, and manage its associations within the global order are absolute.

Now is the time for the Free World to rise up in defense of liberty. 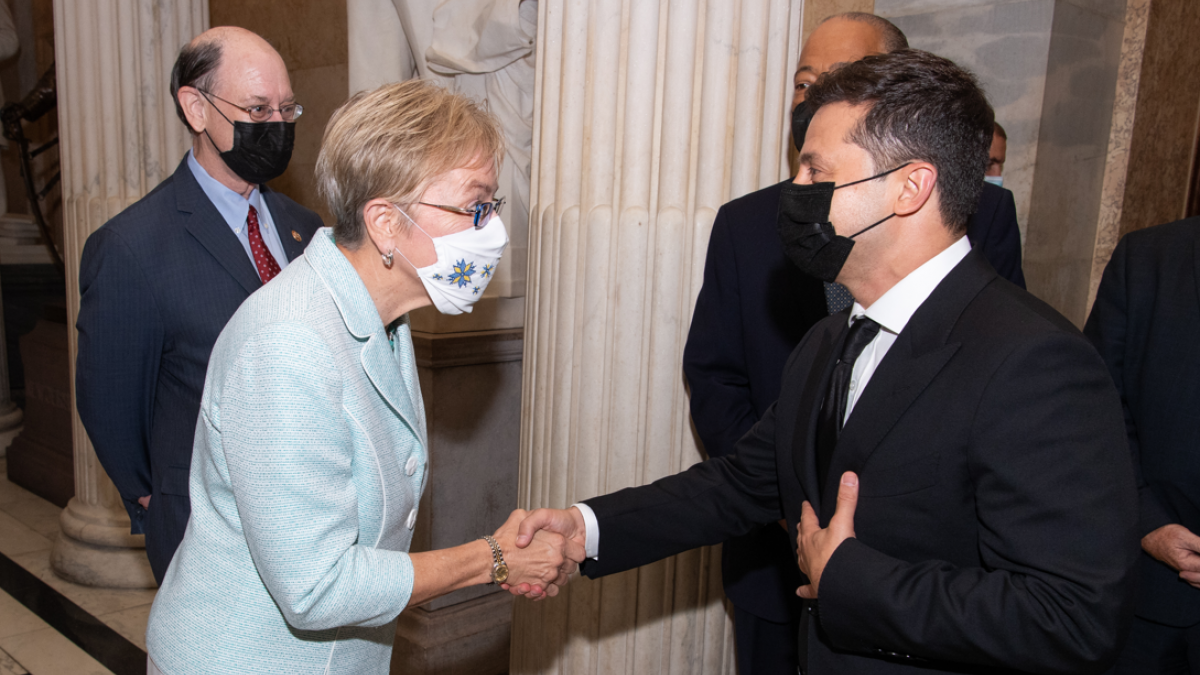 “Through its rapid escalation of conflict, breach of cease-fire agreements, and hostile and irresponsible rhetoric, Russia has flagrantly rejected the norms of legal and civil behavior to which respectable nation states have long adhered. Now, at Vladimir Putin’s direction, Russia has illegally declared that sovereign Ukrainian territory is independent, and ordered troops to the region. This hostility is reminiscent of the tragic carnage unleashed by Putin over the years in Georgia, Moldova, and Armenia.

“Putin is a murderous dictator whose objective is rigid control of society. He accomplishes his barbaric schemes by suppressing human rights, eliminating independent media, assassinating political opponents, and limiting economic opportunity. This region of the world should be free and prosperous, not denied hope and opportunity by a corrupt and merciless tyrant.

“Ukraine is not a threat to Russia, but Ukraine’s independence and democracy jeopardizes Putin’s stranglehold on power, and imperils his standing among the Russian people. Driven by his quest for self-preservation, Putin has fraudulently built the case for war. As an independent nation, Ukraine’s rights to maintain its national sovereignty, defend its territorial integrity, and manage its associations within the global order are absolute. Putin, however, is testing the West’s commitments to the international rule of law and the mutual defense compacts that have preserved peace on the European continent throughout the post-World War II era.

“Ukraine’s security and its ability to exercise self-determination cannot be bargained away by Russian fiat – they must be guaranteed. The Free World has a responsibility to uphold the tenants of the Budapest Memorandum and Minsk Agreement, and to deter further Russian invasion of Ukraine through harsh and decisive political, economic, and defensive measures. Now is the time for the Free World to rise up in defense of liberty. By strengthening Ukraine’s position, demonstrating a unified global coalition, and forcing Putin to grasp the devastating consequences Russia will suffer – the world may avert the full breakout of war the likes of which it has not seen in nearly a century.”

LINK to the Statement: https://usubc.org/files/stmt-RepKaptur-Russian-Invasion-20220223.pdf