SEVEN US SENATORS VISIT KYIV IN SHOW OF SUPPORT 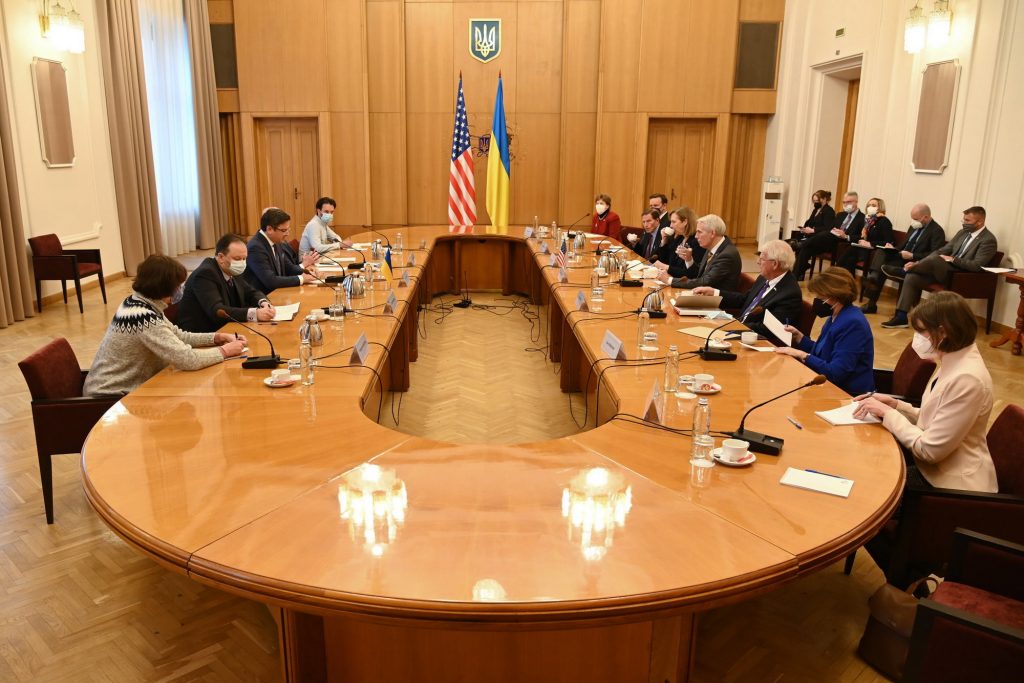 KYIV...group of U.S. senators is visiting Kyiv to show support for Ukraine amid the ongoing Russian military buildup.

“We are here to send an unequivocal message to Russia,” said Senator Portman. “We stand with Ukraine; it is important for the stability of Europe and a beacon of hope for other nations.”

The senator highlighted that Russia’s actions are “unprovoked” and “unwarranted,” which is why the U.S. will continue to assist Ukraine in its fight against Russian aggression.

Since the start of Russia’s war against Ukraine in 2014, the U.S. provided over $3.7 billion in assistance under both the democratic and republican administrations.

The delegation expressed growing concern as Russia brings additional military divisions to western districts from the country’s east. On Jan. 14, Russia launched a surprise combat readiness check of its military forces deployed in the Far East.

The ongoing buildup is expected to culminate with up to 175,000 Russian soldiers being concentrated in the region for a military action against Ukraine, which may be launched in early 2022, according to Western and Ukrainian intelligence.

Senator Wicker said that he believes that the recent cyberattack is tied to a potential Russian incursion. Wicker also mentioned the growing hostilities towards Ukraine on Russian state television known for spreading bigotry and lies about Ukraine.

The senator stressed that his opinion is based on publicly available information, not internal intelligence.

According to Senator Shaheen, should Russia invade Ukraine, the U.S. will apply severe sanctions and increase lethal aid for Ukraine.

While not providing specifics on the potential aid package for Ukraine, the sanctions would most likely target the Nord Stream 2 pipeline and attempt to freeze the personal assets of Russian President Vladimir Putin and Russia’s top military and political figures.

When asked why the bill imposing sanctions on the $11 billion Nord Stream 2 pipeline failed to pass, Senator Cramer said that both Democrats and Republicans agree that these sanctions are crucial. However, he said that the disagreement lays in the framing, with the senators across the aisle disagreeing on whether to use sanctions as leverage or as a preventative measure.

The senators did not discuss disconnecting Russia from the SWIFT banking system, which is considered to be among the most strict potential measures. According to a Bloomberg report on Jan. 17, the U.S. and EU no longer consider it an option, choosing to target major Russian financial institutions instead.

The senators were asked for their opinion on the ongoing trial of ex-President Petro Poroshenko, leader of the 27-member European Solidarity faction in parliament., who’s charged of high treason for allegedly conspiring to supply coal from the Russian-occupied Donbas.

The senators emphasized that Ukraine must follow the rule of law, and Poroshenko must receive a fair trial.

“Ukraine has a future in the West, but there is a history of selective justice,” said Senator Murphy, “rule of law must prevail.”.