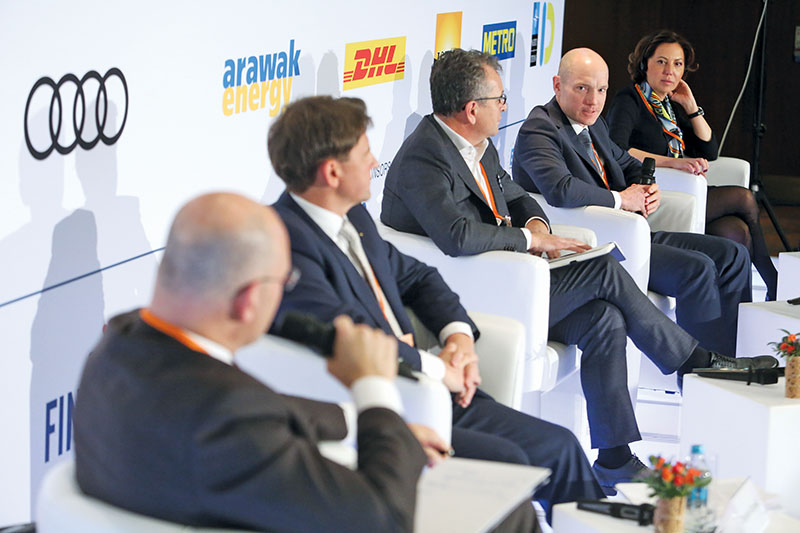 Ukraine’s economic potential has been unrealized for centuries because of repressive governments and a constant reliance on heavy industry.

But a flowering of the economy may be at hand due to the growth of the country’s dynamic tech sector – if government can stay out of the mix – experts on the New Economy Panel said at the Kyiv Post’s 5th Tiger Conference on Nov. 29.

The country’s rusty heavy industry has started giving way to agriculture and information technology, and the combination of both may play a significant role in the future of Ukraine, said panelist Evgeni Utkin, the CEO of high-tech holding KM Core.

“The new economy is a digital economy, a knowledge-based economy,” Utkin said. “At the same time, agriculture is the only industry we can scale; and which currently lacks technologies.”

“Only big agro-holdings use IT (in production) nowadays, while small and medium companies have no access to it,” he pointed out, adding that this is exactly the field where the government should try to play a role.

“Everybody knows about drones, robots, the Internet of Things, but the penetration of these technologies into the agriculture sector is small,” he said. “To increase it, we need someone who will moderate. This is the government’s role. ‘E-something’ could be everywhere, generating thousands of jobs, including in agriculture.”

Not all of the panelists, however, agreed. Dragon Capital’s CEO Tomas Fiala said he thought Ukrainian businesses should only rely on themselves for development.

“By paying taxes people want to have roads fixed, proper hospitals, but expecting that the success of their business will depend on the government… Well, that’s stupid,” Fiala said.

“I don’t expect anything positive from the government. We should aim to reduce its role by privatization, deregulation, and liberalization of all economic sectors.”

Fiala said he was sure Ukrainian business needs to find its own way, independent of the government, and that the key to this was smart investing.

“Ukraine will repeat the past of the European countries, because people are basically the same,” he said. “We just need to invest in sectors that were doing well in central Europe 10 years ago.”

But another important element of an economically successful country is talented top management, which is not always to be found in today’s Ukraine, Fiala warned.

“You can always train the middle management, but you need to have excellent CEOs, top class ones – maybe from Europe,” he said. “The country is not wealthy, but it could be – its top management just needs to do a better job.”
VISA Country Manager in Ukraine, Georgia and Armenia Dmytro Krepak supported his fellow panelist Fiala, saying, “The less government, the better – especially in a post-Soviet country.”

Krepak said Ukraine might also benefit from encouraging its citizens to switch to cashless payments – a way to cut down on graft.

“One of the top priorities is to support a cashless economy,” he said. “Cash means corruption and a shadow economy.”

Meanwhile, another New Economy panelist, Ukrplastic CEO Irina Mirochnik, said she saw economic opportunities for Ukraine in producing commodities with more added value. She said the value Ukraine gains from raw materials is $1.50, while in Germany it is $12.

“We ought to combine tech with other industries,” Mirochnik said.

The panel’s moderator, Chief Investment Advisor to the Prime Minister of Ukraine Daniel Bilak, agreed: “Ukraine can take advantage of the pace of technological development in the world.”

“But for that we need to treat investors in Ukraine like guests in our own home.” 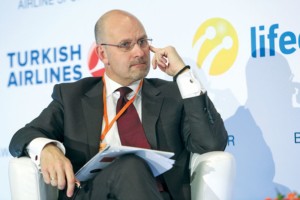 “We need to treat investors in Ukraine like guests in our own home.”
– Daniel Bilak,
chief investment advisor to the prime minister of Ukraine “The country is not wealthy, but it could be – its top management just needs to do a better job.”
– Tomas Fiala,
CEO of investment company Dragon Capital 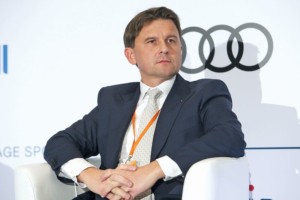 “One of the top priorities is to support a cashless economy. Cash means corruption and a shadow economy.”
– Dmytro Krepak,
VISA country manager in Ukraine, Georgia and Armenia 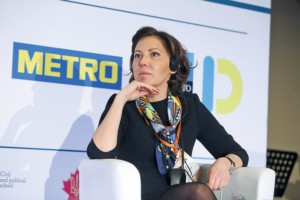 “Everyone in Ukraine is playing a game called ‘Cheat the State.’”
– Irina Mirochnik,
president of Ukrplastic 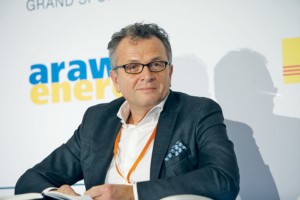