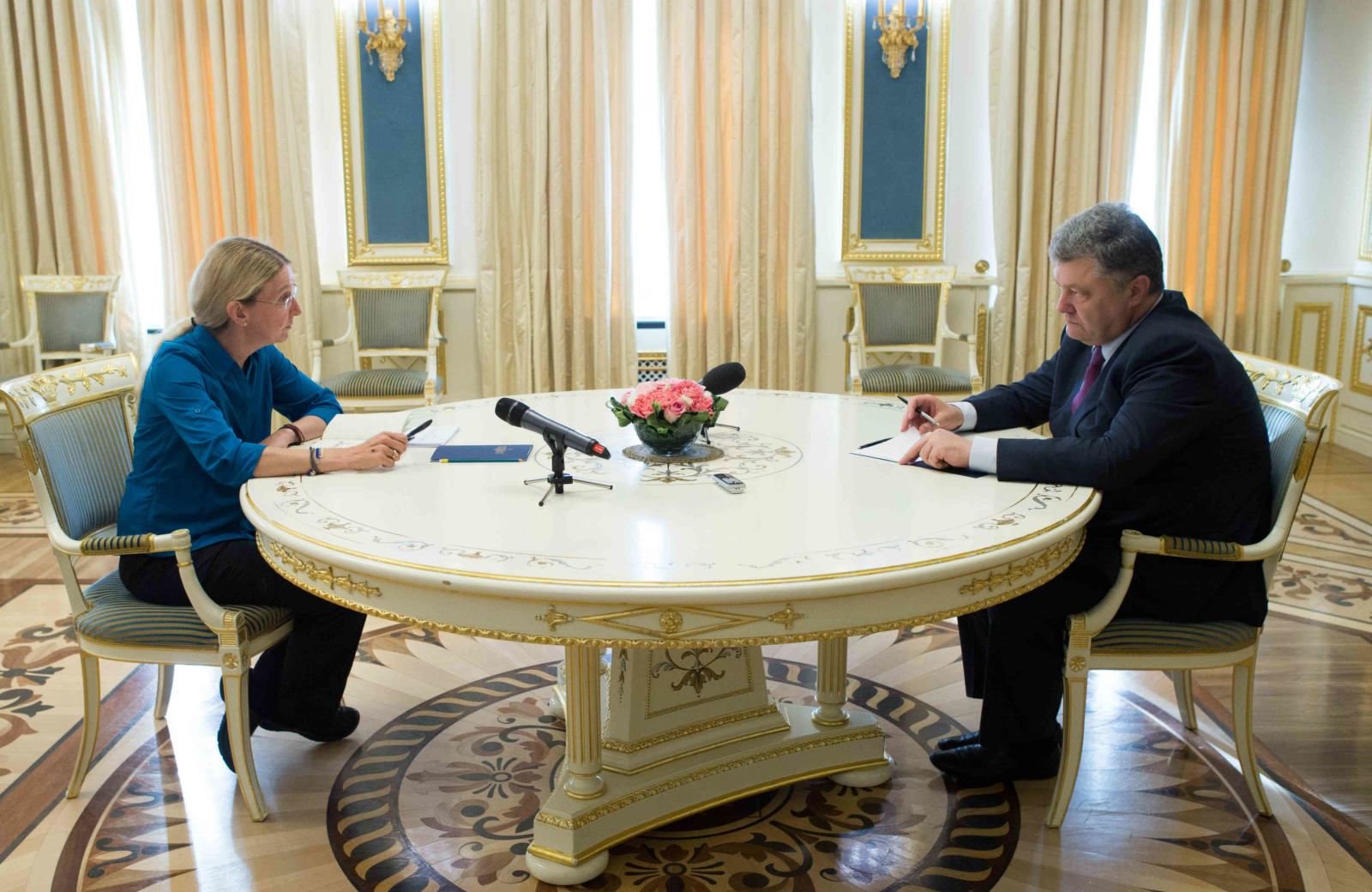 If there is one reform in Ukraine that can really change Ukrainian society – a game changer for the whole of the country – it is health care reform. Yes, other reforms are enormously important too – from pension reform to anti-corruption to reform of education. Yet, for every person, there is a moment in life when health is critical, always when we are old, but often when we are surprisingly young, such as for wounded veterans or when unexpected illness strikes.

Furthermore, quality health care and a healthy lifestyle for young people creates a stronger, smarter society that is more productive throughout the life cycle. Whenever health problems hit, whether we are young or old, all other problems become secondary and we need only one thing in the world – accessible, effective, high quality medical help provided by an efficient health system. Unfortunately, Ukraine is an example of how badly a system can function, not only in the region, but beyond.

When we enter an average Ukrainian district clinic or an ordinary hospital, we can expect a lack of basic medical equipment, patients often must bring their own drugs, food and even gloves for doctors. Payments to doctors are not perceived as corruption: patients know very well the salary of the doctors with whom they entrust their lives. Yet, these payments are an enormous burden on patients and prevent many from using health care. The Ukrainian healthcare system lacks most everything, but, most striking has been the lack of a clear vision of what to do with this broken health care system.

Despite relatively high levels of health care spending in the country, Ukrainian citizens are not fully benefiting from better access or affordability of healthcare services. Life expectancy, especially for men, is much lower than the regional average and Ukrainians directly shoulder a half of all health expenditures.

How do we measure these shortcomings in terms that are understandable for citizens, young and old? First, let’s look at the total sum of public and private health spending in Ukraine. In 2014, this amounted to 7.4 percent of gross domestic product. This is lower than the average in EU countries (9.5 percent of GDP) but about the same or even slightly more than, for example, neighboring Poland or Romania (6.7 percent and 5.3 percent of GDP, respectively).

In Ukraine, the situation is very different, where just over half was paid by the government. The other half of health costs was paid directly by patients, from their pocket, at the time of the purchase of medical services or drugs. Ukrainians, compared with their European neighbors, have much lower levels of income. But they pay a much higher percentage of the cost out of pocket, and that amount represents an even higher share of their income, for health care, compared to more affluent residents of the EU countries.

As a result of the high burden of health care costs on Ukrainian citizens, about 4 percent of households (640,000 families) suffer from catastrophic medical expenses, and an incredible 92 percent of the population is afraid they will get into financial difficulties in the event of illness.

What about the results of health sector efforts for Ukrainian citizens? Life expectancy in general, and especially for men, is much lower in Ukraine than in EU countries, or in countries with similar income levels. Dangerous illness has come back, or is on the rise, including tuberculosis, with special worries about multi-drug resistant varieties, polio and HIV. Ukraine exhibits a high incidence of non-communicable diseases. Sadly, there are very low levels of trust in medical care and the medical profession.

The good news is that over the last half year we have seen real political will and decisiveness in Ukraine to make change. This is a great, albeit incipient development. Ensuring citizen’s right to health is a core obligation of all states.

A comprehensive reform strategy based on the best international experience has been put forward with four key areas including (1) health service and delivery; (2) health financing; (3) quality governance of the sector; and (4) ensuring essential health system inputs. This reform strategy is supported by Prime Minister Groysman and the whole of the government.

Parliamentarian work and governmental decisions, step by step, have been transforming political will and theoretical concepts into actions that would, if allowed to thrive, deliver real results for people in terms of availability, accessibility and the quality of health care in Ukraine.

The key here is the draft law “On state financial guarantees for providing medical services”. This law will launch a radically new vision of the health care system which will dramatically change the way the system works. Improvements would be real, in terms of access and quality of care, for all citizens, without any discrimination. In terms of international best practice, there is not anything especially new in the law but it is a change of philosophy, a better balance between state and private obligations on health care. These systems work well in other countries and they will improve health care in Ukraine.

We, the United Nations as part of the international community, strongly support reform of the health care in Ukraine and the plans of the Rada and the government to launch this vitally important law. We strongly encourage the Rada to urgently consider the proposed draft law and to support the most ambitious reform the country has seen. It will contribute to a better future for the next generation of Ukrainians and will be a positive message to the world, to all who support Ukraine during these difficult days of conflict, reform and recovery.

From our side, the United Nations will continue to strongly support reforms, anti-corruption efforts and positive changes in the country. Two years ago, the Government with the United Nations and the international community launched an international program to procure critical medicines for the country. Since that time millions of dollars were saved and vitally needed drugs were delivered in time to Ukrainian patients.

I am confident, if the government keeps on track with proposed reforms, that the Ukrainian health care system will fulfill these critical functions without our support. We also work with Ukrainian civil society organizations, supporting their efforts both as a watchdog on government performance and in support of citizens and patients demanding improvements.

Altogether, the visible political will and decisiveness, the reform concept, including the mentioned draft law together with the efforts of civil society and a corporate social responsibility, creates conditions for achieving an ambitious plan for change.

Let me be clear: there is no guarantee of success. The reform appears as a small flower in the spring, with all the inherent risks of a return to winter. I sincerely hope the country does not miss the chance that this reform becomes a Ukrainian success story which citizens will be proud of, and contribute to the provision of accessible, nondiscriminatory and good quality healthcare.