THE BIDEN DOCTRINE SHOULD START WITH UKRAINE 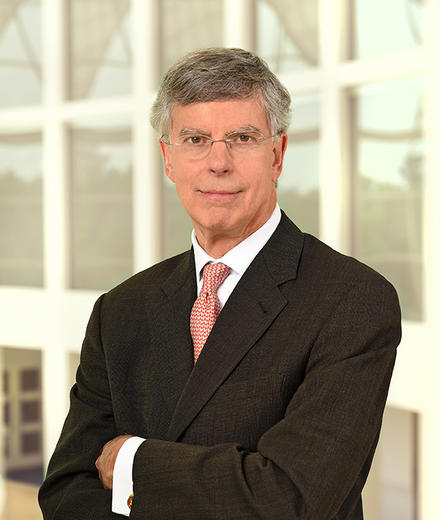 If the U.S. aims to address the threats autocracies pose to democracies, supporting Ukraine should be a top priority.

Following the U.S. withdrawal from Afghanistan, some see an emerging Biden doctrine, which aims to avoid the aggressive use of U.S. military force and nation-building and instead focus on building and strengthening alliances and confronting authoritarianism. No country offers a better opportunity to demonstrate that approach than Ukraine.

A large country in the heart of Europe that is defending NATO’s eastern flank against Russian aggression, Ukraine is strategically important to the United States. Unlike Afghanistan, Ukraine is already a developed country, a young democracy and an aspiring EU and NATO member. Since its independence from the Soviet Union in 1991, it has seen five peaceful — if sometimes rocky — transitions of presidential power through free and fair elections. Russia’s 2014 invasion of Ukraine consolidated Ukrainians’ desire to join European security, political and economic institutions, and for greater reliance on U.S. support. To be sure, Ukraine has its challenges — for example, corrupt oligarchs still hinder economic growth — but it is a nation building itself on the front line of the challenge from autocracy. 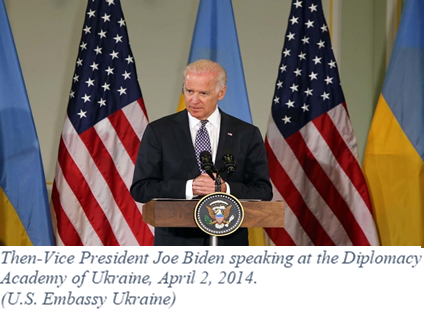 President Biden justified the Afghanistan withdrawal by arguing that most critical threats to U.S. national security come from an expanding China and an aggressive Russia. From invading its neighbors to interfering in other countries’ elections, hacking into electrical and other key systems to poisoning political opponents at home and abroad, the Kremlin’s malign authoritarianism is on full display. No nation has felt the blows of this aggression more than Ukraine.

In the first military invasion intended to take a European nation’s territory by force since World War II, the Kremlin sent its armed forces into Ukraine in 2014, first into Crimea then into Donbas. Now, Moscow occupies sovereign Ukrainian territory and over 13,000 Ukrainians have died in the conflict, a number that continues to grow weekly. Russian security organs used computer malware to shut down the electricity grid in western Ukraine in 2015, a prelude to similar cyber-attacks on U.S. oil pipelines and food distribution networks. Russian government actors tried to affect the outcome of the Ukrainian presidential election in 2014; Moscow tried — and some believe may have succeeded — to do the same in the 2016 U.S. presidential election. Moscow starts with attacks on Ukraine, but they do not stop there.

Earlier this month, Ukrainian President Volodymyr Zelensky visited the United States and met with the U.S. leaders in government, media, academia and business sectors, capped by a two-and-a half hour meeting with President Biden including a 45-minute one-on-one with only interpreters present. This meeting took place the day after President Biden declared the end of “an era of military operations to remake other countries,” laying out his alternative approach that emphasizes diplomacy, targeted counterterrorism operations and forceful action where needed to defend U.S. interests from autocracies. The (oft-postponed) meeting with the president of a democracy fighting Russian aggression was well-timed.

Recent Russian actions have heightened Ukrainian concerns. Last March the Kremlin sent 100,000 Russian troops to their border with Ukraine. Concerted U.S. and allied diplomacy appear to have called Moscow’s bluff for now, although much of their military remains in place, menacing its neighbor. Russia is pressuring Belarus into an ever-closer union, allowing Russian military forces to tighten the noose around Ukraine. Despite opposition from the United States, Russia has just completed construction of a natural gas pipeline under the Baltic Sea that will bypass the more efficient existing pipelines transiting through Ukraine, posing serious energy security threats to Ukraine and Europe.

Friends and allies of the United States will look with interest and concern to see if an emerging Biden doctrine will have teeth and muscle. The Zelensky visit gives grounds for hope. The week before, the administration boosted security assistance to Ukraine — already over $400 million a year — by another $60 million in lethal weapons, equipment and training. The secretaries of State and Defense recommitted to regular meetings with their Ukrainian counterparts to ensure close interaction and support. Agreements reached in realms from space to cyber to investment support have the potential to increase the security and prosperity of both nations. Zelensky asked Biden for diplomatic help in the negotiations with the Russians on Donbas. He was not asking for U.S. troops — he was asking for the type of support the emerging Biden doctrine seems to favor. And he is building his own nation. Ukrainians, Americans and other friends and allies will all be watching to see if these commitments turn into solid actions with beneficial results.

If President Biden seriously wants to address the threats autocracies pose to democracies, if he wants to reassure allies of his commitment to their security, if he wants to demonstrate the value of partnership with the United States, he should make good on the promises he made to the Ukrainians last week.