THE ERA OF ZOMBIE BANKS IN UKRAINE IS OVER 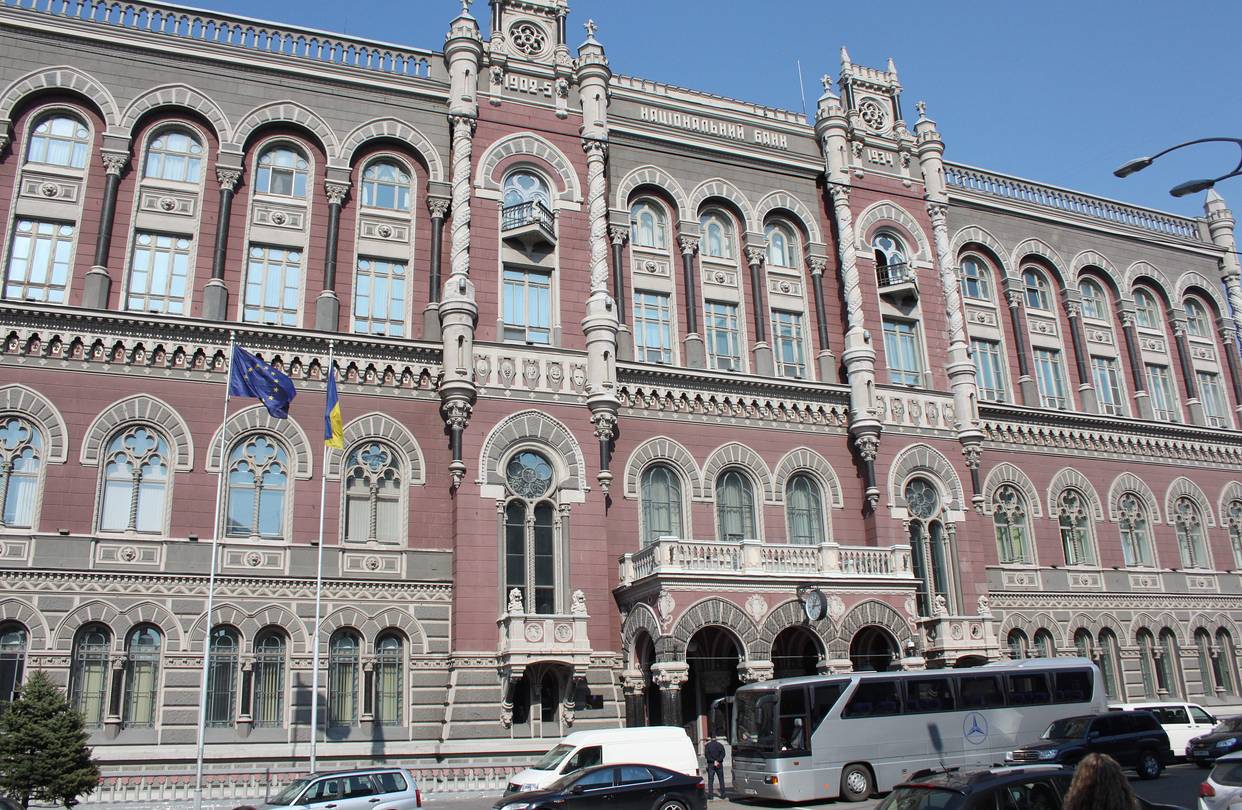 A tough round of reforms shut down almost half of the nation’s banks and led to a state takeover of the country’s largest privately owned bank.
Op-Ed by Valeria Gontareva, Governor, National Bank of Ukraine (NBU)
The Wall Street Journal, New York, NY, Wed, April 5, 2017

KYIV-- The International Monetary Fund announced this month that it has approved the fourth installment of its $17.5 billion funding package to Ukraine. This decision will benefit the people of Ukraine for many years to come and underlines the success of the current Ukraine-IMF cooperation program.

Ukraine’s economy has been struck by a recession that saw its gross domestic product contract by 17.6% in the first quarter of 2015 compared to a year earlier. Russia’s annexation of Crimea and the escalation of the military conflict in Donbas has only exacerbated our troubles.

Our financial system has also suffered from old oligarchic practices that have benefited a tiny, superrich minority at the expense of every other level of society. Appealing to the international community and securing further IMF funding was a vital step toward implementing structural reforms and will help kick-start Ukraine’s economic recovery.

One condition of IMF funding was the fundamental reform of banking in Ukraine. These reforms, while often unpopular, are essential to maintaining stable and transparent banks in the country.

The task was daunting. Cleaning up Ukraine’s banks meant identifying and closing down the country’s many so-called zombie banks. These were the institutions that failed to observe international banking norms and were effectively serving as private banks to the oligarchs. Many were heavily involved in criminality. Some were simply funding vehicles for shareholder businesses. Others stole customer deposits.

The National Bank of Ukraine initiated rigorous stress tests, flushed out hidden related-party lending and performed asset-quality reviews of the top banks across the country. The level of malpractice in some cases was shocking. Fake correspondent accounts, accounts opened with fictitious passports, huge discrepancies on balance sheets, sham collateral, banks that conducted more money laundering than banking—we saw it all. Many banks themselves had nontransparent ownership structures, compounding the problem.

Banks that weren’t involved in money laundering and fraud were given every opportunity to reform. We allowed them three years to improve their capital-adequacy ratios. Where malpractice was detected and went unaddressed, we took action.

In December, NBU and the Ministry of Finance led the state takeover of PrivatBank, the nation’s largest privately owned bank. This was a systemically important bank, holding approximately 34% of the Ukrainian population’s deposits and executing 60% of all retail transactions. However, it failed a series of stress tests and the owners repeatedly failed to recapitalize the bank. We were eventually forced to intervene in order to protect depositors and fulfill a condition of further IMF funding. Our investigations found PrivatBank insolvent and so we took it under state control.

Further inspection revealed a capital shortfall of $5.6 billion on PrivatBank’s books. An astonishing 97% of the bank’s corporate loans had gone to companies linked to the two main shareholders through sophisticated schemes. Now that PrivatBank is in the government’s hands, the deposits of 20 million Ukrainians, including pensioners, students and vulnerable households, are protected.

In addition, the NBU closed down 88 out of the country’s 180 banks. The era of zombie banks in Ukraine is over.

To ensure financial stability is maintained, we have imposed tougher regulations on banks. These include capital-ratio requirements, legislation that restricts lending to related parties or nonoperational companies, and regulations targeting the overvaluation of collateral and the concealment of other shortfalls.

Complying with international standards, rather than merely applying internal pressure, is essential to implementing best practices and securing the long-term faith of our foreign creditors such as the World Bank, the European Bank for Reconstruction and Development as well as the IMF.

Looking ahead, the NBU must be able to expand its capacity in order to function at the level of its European counterparts. This, along with the continued implementation of reforms, will help us ensure that we keep the international support that we need.

Further legislation is also required to raise banking regulation and supervision to EU and international standards. Deep reforms of nonbanking financial institutions must also be undertaken.

In short, this is only the beginning of our journey. But our banking reforms have now guaranteed a stable foundation for growth and investment, which will help our economy recover and allow us to build a better future for Ukraine and its people.

NOTE:  Ms. Gontareva is the governor of the National Bank of Ukraine.