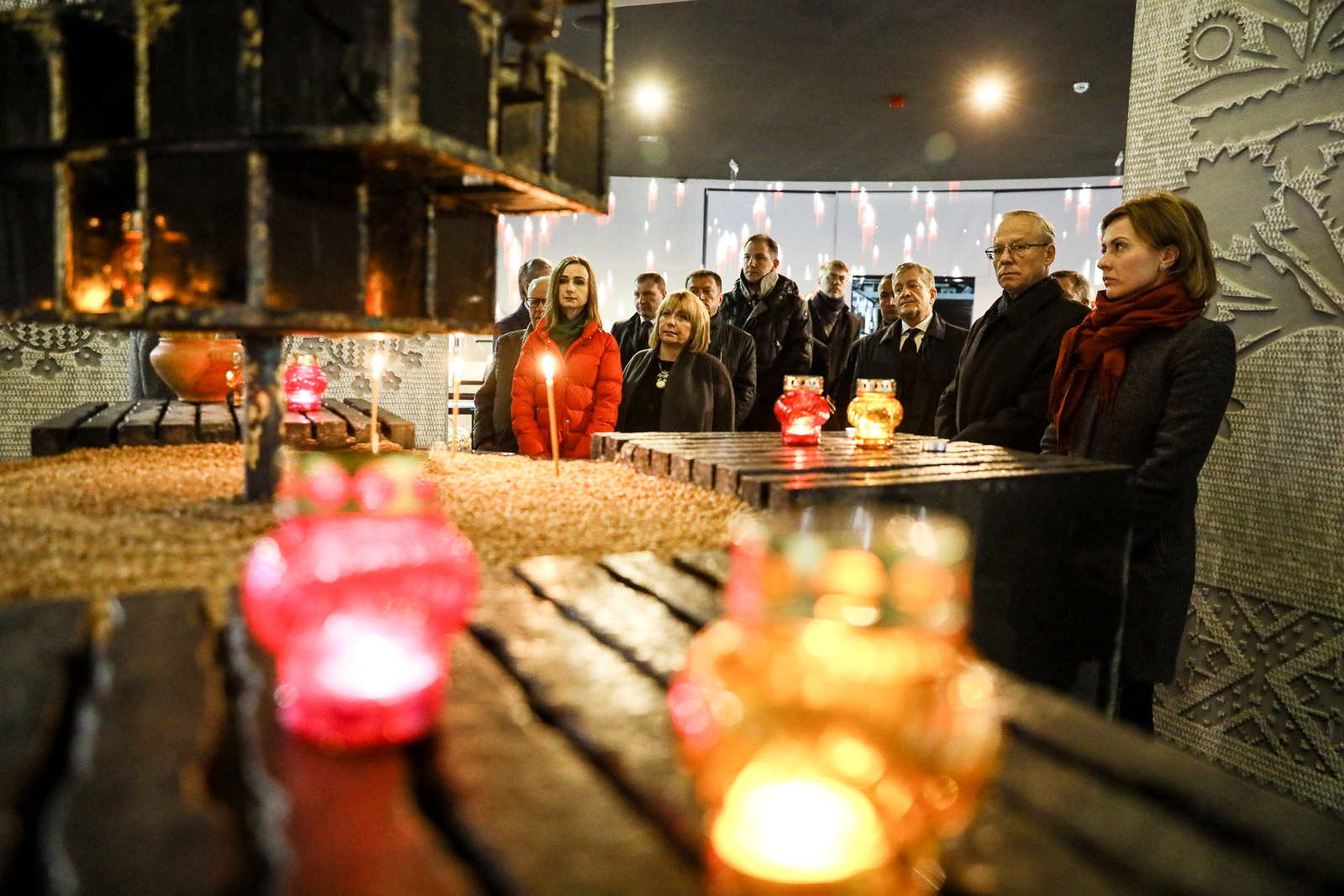 The soft music played by the National Quartet of Soloists Kyiv Camerata stopped; an elderly gentleman stood up on stage and started his story.

“I was dying of hunger twice. The first time, when I was 7-year-old, my mother said to me, ‘Do not go outside for they will eat you.’ The second time I was dying of hunger, this time in a concentration camp that no one survived, I turned to God. I looked up at the sky and asked ‘God please help me. Just give me some bread, nothing else.’ For bread is life.”

Mykola Onyshchenko is a survivor of the Holodomor genocide, Joseph Stalin’s attempt to starve Ukrainians into submission in 1932-1933. He targeted Ukraine’s independent agrarian society, resistant to Soviet rule and collective farms. He ended up killing at least 3.9 million Ukrainians, after his police forces ruthlessly confiscated food and grain, before he ended the Holodomor.

On Nov. 19, the supervisory board of the Holodomor Museum, which Onyshchenko is on, hosted its “Road to Truth” campaign for the creation of the National Holodomor Museum in Kyiv, the first Holodomor museum in the world. 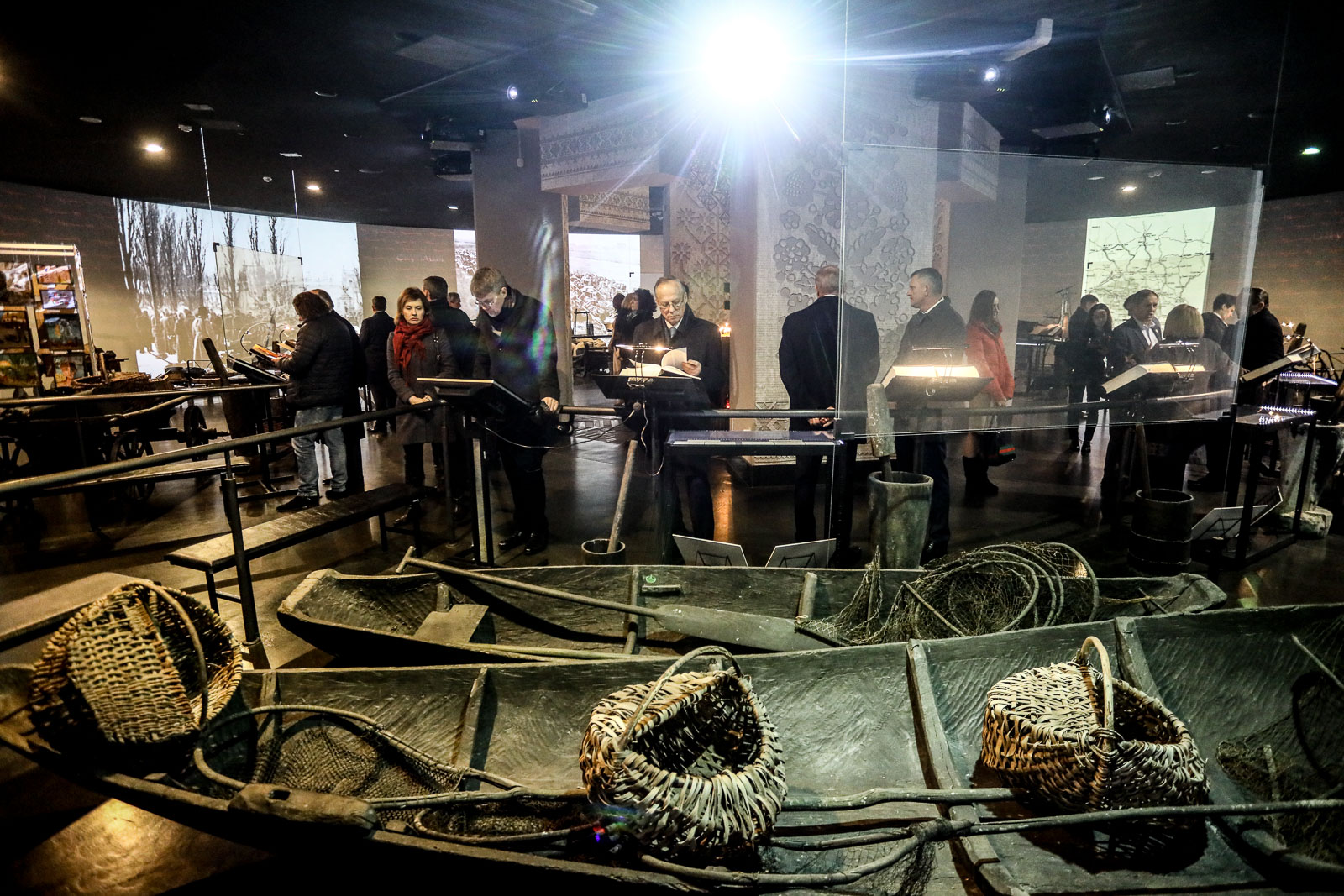 The Holodomor is one of the 20th century’s worst genocides but struggles for international recognition. As the Soviet Union was starving Ukrainians, it also applied disinformation to deny any genocide was occurring. Through denials, suppression of press and reports as well as building fake villages to prove to foreign visitors no famine was occurring, the Soviet Union attempted to erase its wrongdoings from history, which Russia continues to do today.

Former President Viktor Yushchenko, who also sits on the foundation’s supervisory board, was the first to recognize the Holodomor as a genocide of the Ukrainian people. So far, 16 countries have publicly recognized the Holodomor, including the U.S., Australia, Canada, Estonia, Hungary, Mexico, Poland, and the Vatican.

Yet recognition remains far from universal. As recently as Oct. 21, the German foreign ministry opposed a petition recognizing the Holodomor genocide “on the grounds that the concept of genocide was not defined until 1951” according to Arnold Vaatz, a lawmaker with the ruling Christian Democratic Union party.

This summer, President Volodymyr Zelensky also called for Israel to recognize the Holodomor.

Russian disinformation has been effective. After the Russian Ministry of Foreign Affairs published claims that the Holodomor was a humanitarian disaster, not a genocide, Russia’s Deputy Ambassador in Tel Aviv, Leonid Frolov, warned Israel it was not a good time to discuss recognizing the Holodomor with Zelensky.

That underscores the importance of remembering the Holodomor and human rights crimes against Ukraine. This is the aim of Morgan Williams, the president of the 200-member US-Ukraine Business Council and one of the main organizers of the Road to Truth event, in seeking a new museum.

“This complex will not be just about the famine, it will be about lots of different crimes against the people of Ukraine. When I first came to Ukraine 25 years ago I got very interested in its history. People always ran over Ukraine. They always took Ukraine, they wanted their land, they wanted access to the Black Sea. Many of the crimes against Ukraine were not well known, they were hidden. The communists did everything possible to say that there was not a Holodomor.”

Few records remain of the event, as under communism it was forbidden to speak, write, paint or photograph the concealed history.

Williams started looking for Ukrainian artists who had depicted crimes against the people of Ukraine and found a group of poster artists who had painted about Chornobyl,  the nuclear power plant that exploded in 1986, the destruction of Ukrainian culture and the gulags, as well as about the Holodomor.

“I started collecting this and trying to gather it all up… so we would have a visual presentation from the eyes Ukrainian artists about the crimes,” Williams said. “We hope to work with the museum here once we get it built. It’s very important for the art community to express themselves and to talk about Ukraine’s history and what happened here.”

The National Holodomor Museum will be a living memorial to Holodomor victims, with an art gallery, and a research center focused not only on the Holodomor but also on the universal fight for freedom, dignity and human rights and opposition to crimes against humanity.

Williams’ collection depicting the Holodomor was displayed at the campaign event, for all donors to see as they walked in. It will be a part of the art gallery in the new museum.

The Road to Truth campaign aims to create the permanent exhibition and launch an endowment fund to ensure sustainable development of the museum and support international educational and research projects, and the event included presentations and speakers as well as videos depicting facts with photographs from the Holodomor.

The architects from Haley Sharpe Design also explained the plan for the museum’s layout.

“I think you see genocide all over the world, the key thing for us as storytellers, as museum designers, is making sure that the narrative is out there. That people actually realize what went on, certainly for me on this project. You want to do it justice you want to tell those stories,” Gary Walker-Kerr, director of Haley Sharpe Design, said.

“Those are the things we need to capture for the younger audience who don’t know that history, and preserve that this should be a living memorial a fantastic research center. Not just as a memory of the Holodomor but also as a research center for human rights around the world.”

The goal is to complete the museum by 2023 for the 90th anniversary of the end of the Holodomor.