Titanium in the Center of Global Politics
by Andriy Brodskyy, Velta, General Director

Velta is a member of U.S.-Ukraine Business Council 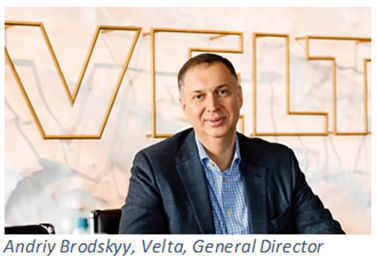 What role will Ukraine choose in the 4th Industrial Revolution, among the growing competition for resources, the role of an active participant or an observer?

Before the New Year, President Trump signed a package of economic relief measures, which includes $800M for the development of rare earths and strategic minerals’ mining. In addition, the US Geological Survey will now forecast demand for metals, just as the Department of Energy forecasts the demand for oil.

This is the third step made by the US leadership towards protecting the strategic raw materials. The first was the Executive Order 13817, A Federal Strategy to Ensure Secure and Reliable Supplies of Critical Minerals, based of which the Secretary of the Interior presented the Final List of Critical Minerals 2018 that included titanium.

The second step was made in September 2020, when Trump issued another executive order outlining a number of specific measures to protect raw material supply chains from foreign adversaries. Finally, by the end of 2020, the US government allocated the funds.

The fact is that the superpowers are racing to create new supply chains of minerals, which they consider critical for their national development. Their goal is to receive raw materials from politically neutral countries, thereby reducing dependence on adversaries.

The protection of or  competition for raw materials – call it as you wish – has gained momentum due to the 4th Industrial Revolution. Any technological breakthrough requires base materials to fuel it, and if 100 years ago steel was the key material for industrialization, nowadays it is rare earths that play an increasing role in modern production.

For example, the cost of a lithium-ion battery in a Tesla Model 3 is accounting for 27% of the total cost of the vehicle. Meanwhile, more than 79% of the battery’s cost is attributed to the unique resources, such as lithium, nickel, and cobalt. 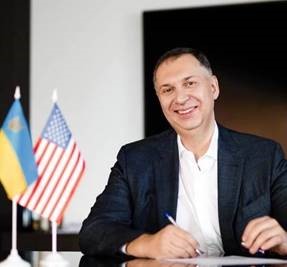 It is safe to say that rare earths, including titanium, are the basis for high-tech innovative products. However, until recently, the developed countries did not pay enough attention to the extraction of these resources. All their demand was covered by imports, which eventually exposed the vulnerability of their economies.

The main suppliers of critical raw materials – China and Russia – began to use their control and export restrictions as an instrument of trade and political pressure.

Protection of raw material supply chains is a long-term political agenda that will not change with the change of the US administration.

Analyzing the program of the newly elected President Biden, we can see that it contains many points about the green technologies, which naturally entail the need in the rare earths. Moreover, Biden's team plans to create 1 million jobs in the electric vehicle industry, but before that break their dependence on the supply of metals and minerals from China.

Coming back to titanium, in 2020 the last US titanium sponge manufacturer, Timet, indefinitely stopped its production. Since then, Canada and Australia, which have positive political relations with the US, have stepped up to cover the US demand for titanium.

Canadian Temas Resources has  acquired a titanium deposit and announced plans for supplying its feedstock to the United States. Australian Tao Commodities also made a deal to purchase a titanium project in Tennessee, next to Chemours, America's largest titanium consumer. 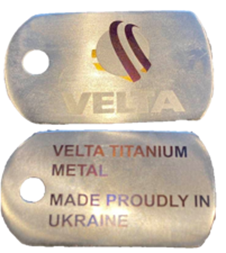 It is nice that Ukraine is following the trend. The national audit revealed a large unrealized potential in the subsoil use, and it seems that the government really understands it. Of the 12,000 explored deposits, only one-third is being developed, let alone the unexplored ones. Among the vectors of country’s economic development by 2030, the Cabinet of Ministers has presented a vision for the mining sector, which largely depends on government incentives.

In 2020, the Ukrainian Institute for the Future presented to the Cabinet of Ministers the Strategy of the Titanium Industry of Ukraine 2030. It foresees three possible scenarios, from stagnation and environmental disaster to explosive growth.

That is, Ukraine’s vision is on paper close to the United States’ one. It looks for strategies and chooses the political agenda aimed at consolidating its position on the subsoil use. The implementation of this strategy will determine what role our country will play in the 4th Industrial Revolution and the escalating competition for the resources, the role of an active participant or an observer.

Velta LLC  is a Ukrainian company founded in 2000. Velta company holds two main resource assets: Byrzulivske and Likarivskvske deposits of titanium feedstock, both located in Kirovohrad region. A mining and separation complex for ilmenite ore treatment has been built on its base within the record-breaking 8 months since the end of 2011.

Number of employees in the company is more than 600. Velta LLC is producing 2 grades of titanium feedstock material. It enables the company to provide more customer-oriented services and satisfy all needs of chemical and metallurgical industries.

Velta’s clients are major TiO2 producers as well as titanium slag and metal manufactures in Europe, Asia and in the USA. Company’s implemented innovative technology based on paste thickener usage has been introduced for water economy in the plant.

Velta is a socially-oriented company. Primarily it bears liability for people who are close to its business and make a responsible use of natural resources. Velta is also a sponsor of basketball club Kropyvnytskyi.