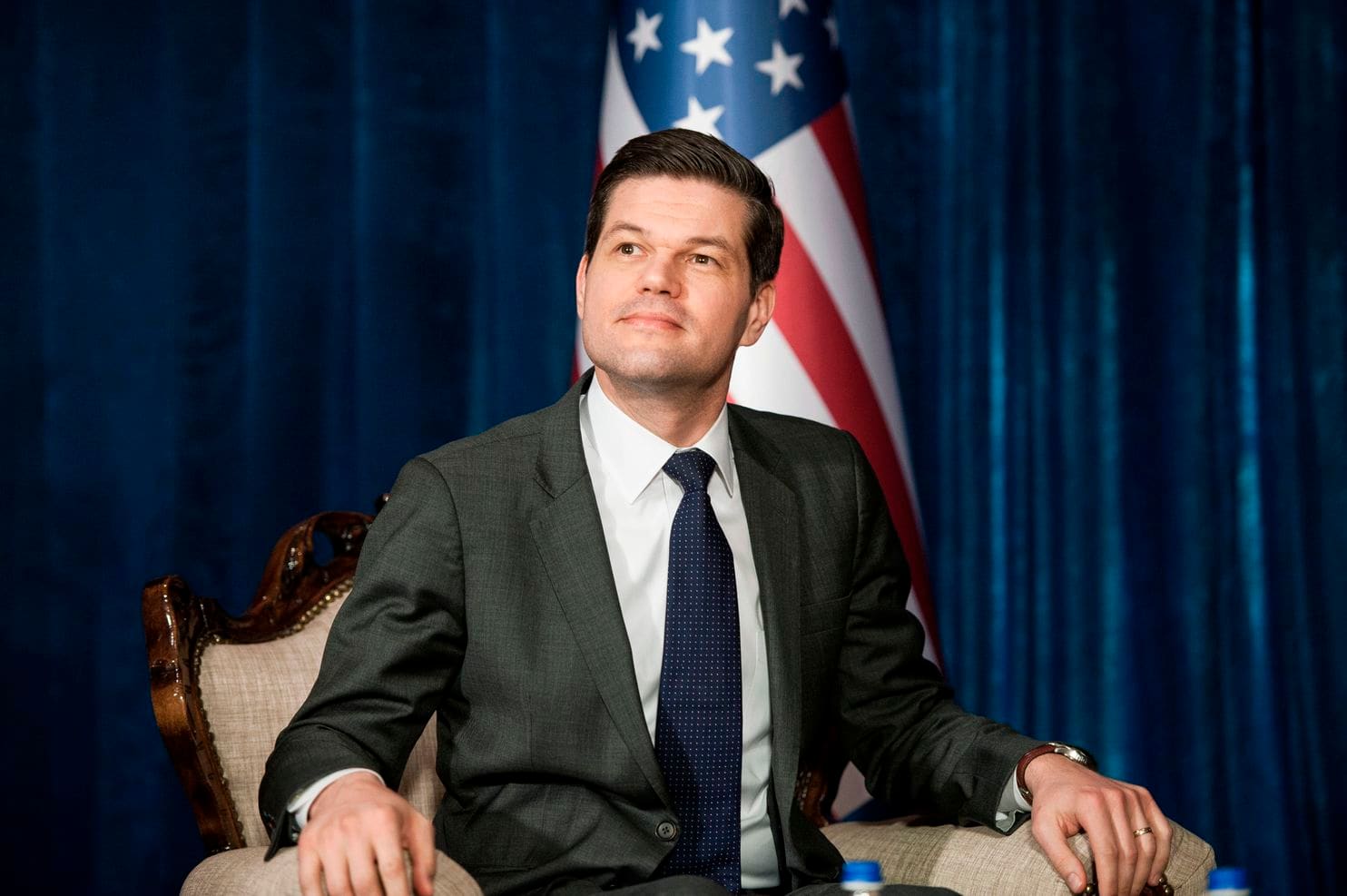 WASHINGTON, D.C. - A. Wess Mitchell, the top diplomat in charge of European affairs [includes Ukraine], will resign from the State Department next month, creating a key vacancy at a time when European leaders are questioning President Trump’s commitment to historic alliances.

Mitchell, 41, cited personal and professional reasons in a Jan. 4 letter of resignation he submitted to Secretary of State Mike Pompeo. His last day as assistant secretary of state for European and Eurasian affairs [position includes Ukraine] is Feb. 15.

“As the administration completes its second year in office, I feel that I have completed what I set out to do in taking this position,” he wrote, citing the development of a Europe strategy and helping Pompeo transition into the job after Rex Tillerson was fired in March. “As such, I believe that the time has come for me to spend more time with my young family, who have endured many days without me over the past several months.”

In an interview, Mitchell said his resignation is not a protest of the administration’s policies or the direction of foreign policy, and he praised Pompeo’s leadership and vision. “I’m fully supportive of him, the job he’s doing, the leadership team here,” he said. “But I feel like I’ve done what I came in to do. My kids have a greater claim to my time right now than the public does.”

In September 2017, Mitchell became one of the first assistant secretaries of state in the Trump administration confirmed by the Senate, and his departure creates another vacancy in the ranks of senior officials. Currently, six of the 24 spots have nominees awaiting Senate confirmation.

Mitchell joins a revolving door of senior officials leaving the Trump administration at the beginning of its third year. The departure comes almost a year after H.R. McMaster, the national security adviser
who was instrumental in bringing Mitchell to the administration, was abruptly dismissed.

Mitchell came to the State Department from a think tank he co-founded, the Center for European Policy Analysis. He had just published a book, “The Unquiet Frontier,” in which he and Jakub Grygiel criticized President Barack Obama’s foreign policy and argued for the “renovation” of alliances. Grygiel also joined the State Department, working on European issues before leaving last year.

During his 16 months heading the European bureau, Mitchell oversaw relations with 50 countries and important blocs such as the North Atlantic Treaty Organization and the European Union. Many struggle with problems of domestic turmoil or in their relations with Washington.

Russia, for example, is under heavy U.S. sanctions. Britain is riven over Brexit. Turkey has arrested U.S. Consulate employees. Hungary is led by a right-wing populist with an authoritarian streak.

In Central and Eastern Europe, Mitchell scrapped the Obama-era policy of shunning authoritarian leaders over human rights violations and treated them as potential partners. To the alarm of human rights advocates, Hungary’s foreign minister came to Washington for high-level meetings arranged by Mitchell with Pompeo and John Bolton, the national security adviser.

Mitchell considers the pivot necessary to counter the spread of Russian and Chinese influence through massive energy deals and infrastructure loans.

“We have to compete for positive influence,” he said. “What we can’t do is continue the practice of the recent past — of approaching a NATO ally with whom we have some legitimate disagreements on domestic policy, approaching them from a position of criticism, freezing them out of meetings, criticizing them publicly and then somehow assuming that those countries are going to remain westward-looking in their strategic orientation.”

Mitchell, who calls himself a devoted Atlanticist, has been in charge of European relations at a time when top U.S. officials have been openly dismissive and skeptical of the value of international organizations, including the European Union.

Trump has called NATO “obsolete.” Gordon Sondland, the U.S. ambassador to the E.U., told Politico the E.U. is “out of touch.” And Pompeo mused in a speech in Brussels, where the E.U. has its headquarters, whether the union “is ensuring that the interests of countries and their citizens are placed before those of bureaucrats here in Brussels.”

Mitchell sounds some of the same concerns, though he is less confrontational in tone. He said that international alliances are advantageous to the United States but that Europe and other allies must share more of the costs when the U.S. national debt is $21 trillion and counting.

“A debt that size, with the strategic commitments the United States has in East Asia and Europe, the defense outlays that the American public is sustaining, for allies who do not spend, who congenitally and systemically refuse to spend more on their own defense, and in many cases, give American businesses an unfair shake in trade — that’s not sustainable,” he said.

But he insists the United States remains committed to its major alliances, especially NATO. “I know there is this idea out there” to the contrary, he said. “Nothing could be further from the truth. I think it’s important to remember that our diplomats represent all of America. And the alliances as we’ve been running them, from the standpoint of a lot of people in Middle America, it is a fair and legitimate question how we get those burdens right, how we get those balances right.”

Mitchell said he is proud of his work putting together a European component in the national and defense security strategies, emphasizing burden sharing, which is how diplomats describe getting allies to increase their defense spending.  We’re entering an era of big-power competition,” he said. “The West, U.S. and our allies are underprepared for that transition.”

Mitchell does not have another job lined up, beyond teaching his son to throw a baseball and taking his daughter to her first ballet lessons. “I have two big reasons to do this,” he said of his resignation. “One is named Wesley. The other one is named Charlotte.”