UKRAINE'S MOST POWERFUL BEST FRIEND IN THE USA HAS DIED....
GREAT LOSS FOR UKRAINE! 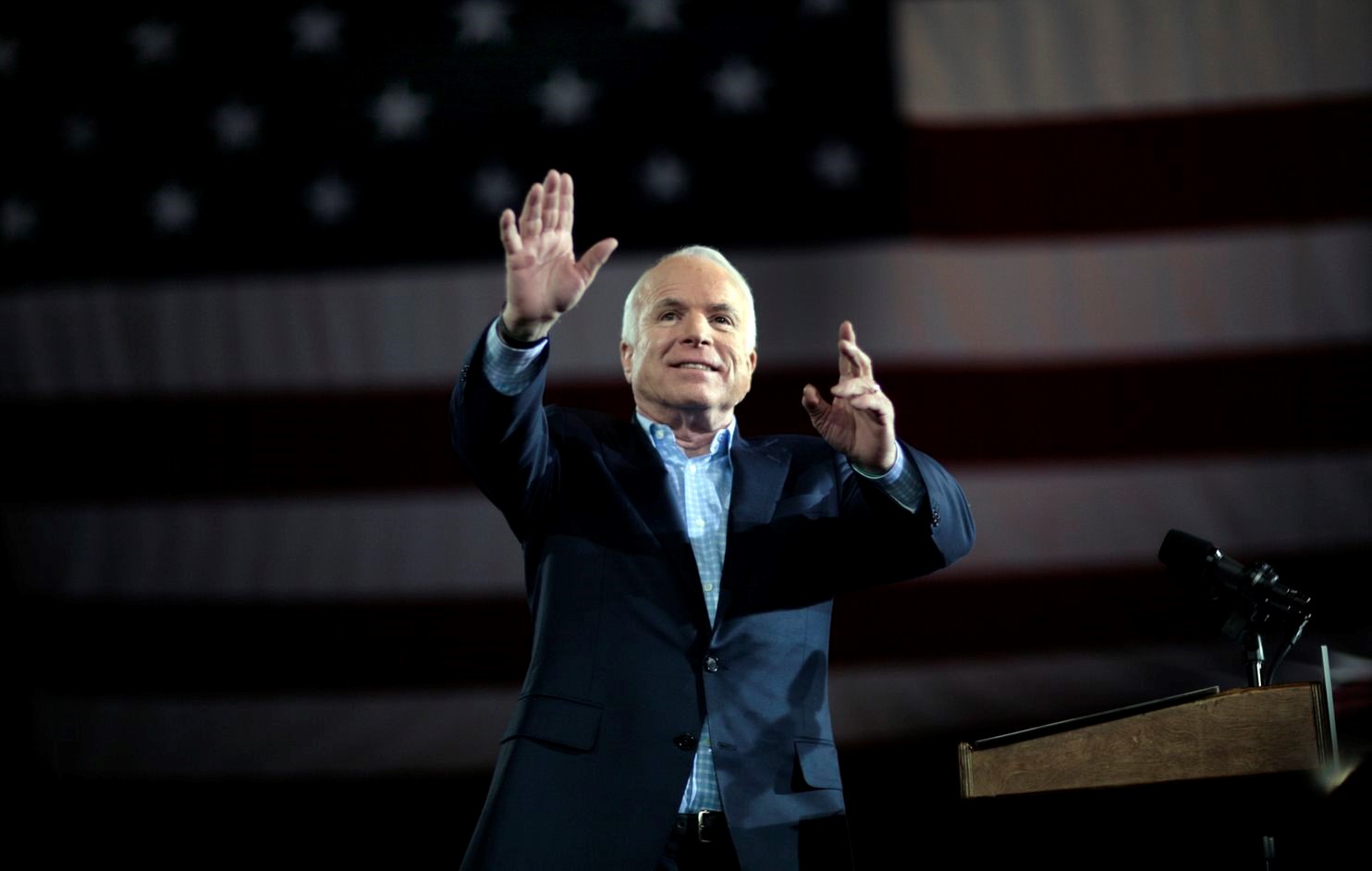 WASHINGTON, D.C.-- Each of the three men had spent 20 years in prison. They were leaders of the 88 Generation, an organization of Myanmar activists that took its name from the student protests in 1988. They were waiting to meet the American who had sponsored legislation sanctioning the regime and regularly made statements, signed letters, gave interviews and traveled to Myanmar to appeal for their release.

He had gone back in 2011, and the three prisoners, newly freed and aged beyond their years, were overcome when he entered the room. One of them wept as he heard the familiar disembodied voice on Radio Free Asia that had spoken in their defense address them in person. They embraced him over and over, thanking him profusely. John McCain had never been so moved by someone’s gratitude.

“You would have thought I’d saved their lives,” he said, describing the encounter to a friend weeks later. “And all I’d done was mention their names now and again.” And with that, his own eyes brimmed with tears.

McCain was a romantic about his causes and a cynic about the world. He had the capacity to be both things and to live with the contradiction. He had seen human beings at their best and worst — often in the same experience. He understood the world as it is with all its corruption and cruelty. But he thought it a moral failure to accept injustice as the inescapable tragedy of our fallen nature.
In the picture: Sen. John McCain (R-Ariz.) at a campaign rally in 2008. (Melina Mara/The Washington Post)

When he said to the Myanmar political prisoner, or the harassed Belarusan dissident, or the Ukrainian captive, “I know a little of what you’ve suffered,” it needed no elaboration. He was in league with them — united by suffering, endurance and the knowledge that the most marvelous of human achievements is to not lose hope when experience has taught you hope is for fools. (highlight by USUBC)

He was restless and enthusiastic, quick and quick-tempered. He could be impetuous and cantankerous. He was defiant in defeat, and sometimes in victory, too. He didn’t have sides, his mother said, meaning different faces for different occasions. He was all he was, all of the time.
His courage had those attributes, too: quick, heedless, defiant and quite a thing to witness. Once many years ago, he, his wife, Cindy, and I were driving along a deserted Moscow street late one night.

Suddenly, we encountered three men beating another in the street with rifle butts, seemingly to death.

“Stop,” McCain shouted to the driver. “Nyet!” the driver replied. Repeating, “Stop, damn it, stop!” he pulled at the door handle as if he were going to slide the door open and jump from the van. I reached over and held his arm as tightly as I could until we were well past the trouble. He gave me a look I’ve never forgotten and didn’t speak to me the rest of the night.

He could be shrewd when it served his cause. Vladimir Putin once declared the end of the West’s world order in a speech in Munich, glaring at the senator as he delivered his harshest lines. McCain openly despised Putin long before most of the West realized the danger he posed, and everyone in the hall assumed McCain would fire back with both barrels. But he discarded the speech he had prepared and spoke as if he were merely disappointed to find that his adversary was just a bully.

He hated Putin because he sided with Putin’s victims, the oppressed in Russia and the nations living under threat of Putin’s nostalgia for empire. He hated Putin because Putin presented himself as the disruptor of the world the West had made, and McCain was militant in defense of its values. (highlights by USUBC)

“Nobody’s cheated me,” he remarked, not long after his brain cancer diagnosis. “I’m 80, and I’ve had a hell of a life.” He was far from perfect and willing to detail his imperfections. But to the downtrodden, the freedom fighters, the forgotten and the desperate, he was their champion.

My daughter is a Peace Corps volunteer in a rural province of a small, underdeveloped country. One day a local complained to her about his government. “We need freedom,” he told her, and he didn’t appear optimistic about the prospects for acquiring it. “But we have friends in America,” he said, brightening. “John McCain wants to help us.” He hadn’t any idea my daughter had a connection to McCain, and she didn’t volunteer it.

A random guy living in the back of beyond not only knew John McCain’s name, but knew him to be a friend who would help him if he could. I think my friend would be content with that as a eulogy. He died knowing that a life spent serving the dignity of his fellow man brought the most satisfaction and with it a little hope for God’s mercy.

NOTE:  Mark Salter served as a staff aide and speechwriter for Sen. John McCain. He has also collaborated on books with McCain.