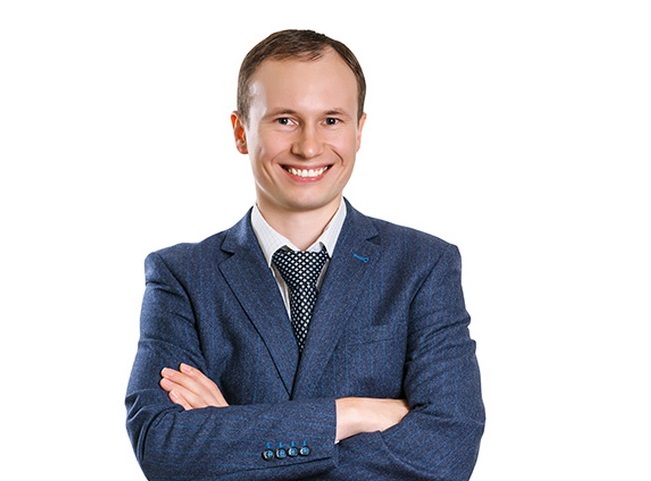 Key point: Qualified tech lawyers do not want to work for the Ukrainian civil service — it is difficult to change the system, and it pays no money

Did you know? Is a fan of Japanese film and television animations, or anime.

In the era of compact discs and local internet networks some 10 years ago, Oleksiy Stolyarenko was one of the originators of Ukrainian copyright and information technology law.

Today Stolyarenko is a senior associate at the Ukrainian branch of international law firm Baker McKenzie, advising the most famous IT brands on how to operate legally on the Ukrainian market.

“It’s a blessing,” Stolyarenko says, describing his job. He says most famous world brands, including top tech companies, partner with Baker McKenzie. “It’s truly a mind-blowing (experience) when companies like these come to you for a piece of advice,” Stolyarenko says.

Tech companies come for help in protecting intellectual property rights, including technology-related transactions and the licensing of software.

Some companies ask about language adjustments of their product to the local market, trademarks and copyrights. Others seek legal help when acquiring other particular tech products or entire startups.

“I provide information about all these things,” Stolyarenko says.

The lawyer has been specializing in the area for nine years. In 2015, he was awarded Best Lawyer in Intellectual Property by Ukrainian legal newspaper Yuridichna Gazeta. He was listed as a notable practitioner in intellectual property in 2015 and 2016 in the annual report by the Ukrainian Journal of Business Law. Legal 500 also honored him in 2017.

Stolyarenko studied in National Yaroslav the Wise Law Academy of Ukraine and then in Louisiana State University in the United States. Afterward, Stolyarenko went to work for the government as a senior specialist of copyright and related rights. Stolyarenko says people didn’t know much about the issues at the time. At the Department of Intellectual Property, Stolyarenko worked on issues around registering and licensing ownership rights on the internet, and ran information campaigns on these topics.

“The civil service job gave me a good start,” he recalls. “I met interesting people and many of them remained my friends.”

But the government paid badly, and so he soon joined Baker McKenzie. He says won’t be going back to working for the government. “I thought about returning, but the level of remuneration is not just low — there’s simply no salary there,” he says. Apart from that, Stolyarenko said he was sure it would be very difficult to change the government in Ukraine from within.

Steering away from controversy

For now, Stolyarenko has his work cut out for him working with the copyright-based industries, which he says have a great influence on the economy of Ukraine.

The IT sphere (which is mostly based on copyrighted software) alone accounts for 3 percent of Ukraine’s annual economic output, according to a report called “Ukraine: The Rise of a Technology Nation” by Ukraine Digital News.

“There are still some problems with the logic of Ukrainian IT law,” he said. “One document may say, ‘find further directions in a specific decree.’ All right, but there’s no such decree. It may not have been written yet.”

To deal with this, Stolyarenko simply tries to steer his clients away from controversies. “You really have to weigh your risks when you enter a new market. Ukraine isn’t a super important market and risks here are very difficult to measure.”

On the other hand, Stolyarenko says, such low regulation can benefit tech companies. A Ukrainian entrepreneur pays just 5 percent in taxes.

“This is a real benefit.”