US STANDS WITH UKRAINE 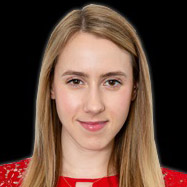 Why the US is becoming more brazen with its Ukraine support 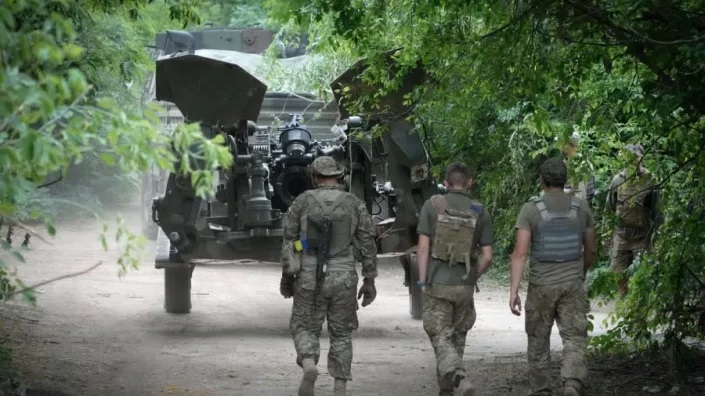 Ukrainian soldiers move a U.S.-supplied M777 howitzer into position to fire at Russian positions in Donbas on June 18. Photo by Efrem Lukatsky / AP

The Biden administration is arming Ukraine with weapons that can do serious damage to Russian forces, and, unlike early in the war, U.S. officials don’t appear worried about Moscow’s reaction.

In the past several months, Washington has detailed tranches of new drones, harder-hitting missiles and deadly rocket systems as part of billions of dollars pledged to the former Soviet country. The clear support is a far cry from the early days of the war, when the U.S. government seemed hesitant to list exactly what was being sent into Ukraine so as not to tip off or draw the ire of Moscow.

But that’s changed thanks to a struggling Kremlin that has failed to follow through with its threats.

“Over time, the administration has recognized that they can provide larger, more capable, longer-distance, heavier weapons to the Ukrainians and the Russians have not reacted,” former U.S. Ambassador to Ukraine William Taylor told The Hill.

“The Russians have kind of bluffed and blustered, but they haven’t been provoked. And there was concern [over this] in the administration early on — there still is to some degree — but the fear of provoking the Russians has gone down,” added Taylor, who is now with the U.S. Institute of Peace.

When Russia first attacked Ukraine on Feb. 24, President Vladimir Putin made it clear that any Western country that provides certain weapons to Ukraine, including aircraft and missile defense systems, could be seen as stepping into the conflict.

Though the United States quickly sprang to Ukraine’s aid — pouring more than $10 billion worth of weapons into the country over the past six months — Washington appeared to tread carefully in the early days of the war, sometimes declining to detail specific systems and artillery being sent to bolster Kyiv.

“Operational security matters to the Ukrainians, right now,” then-Pentagon press secretary John Kirby told reporters in March. “They’re fighting for their country, and the Pentagon is not going to be detailing publicly the tools with which they are doing that.”

Most notably, the administration resisted calls from Kyiv to supply the country with fighter jets — rejecting a plan in early March that would have involved transferring MiG-29 jets from Poland to Ukraine — out of concern it would escalate tensions with Russia.

The caution also extended to public rhetoric. President Biden reportedly told Defense Secretary Lloyd Austin and Secretary of State Antony Blinken in April to tone it down after the Pentagon chief said that the U.S. wanted a weakened Russia that could not launch another attack — comments that Blinken then publicly aligned himself with.

“We were a bit more careful at first … not knowing if Putin would find and attack supply lines and convoys, not being sure if he would escalate, and also not being sure if Ukraine could use what we have them or hold out for long against Russia,” said Michael O’Hanlon, a military analyst at the Washington, D.C.-based think tank Brookings Institution.

In addition, the U.S. military sought to avoid stirring the pot with Russia by postponing a test of the Minuteman III intercontinental ballistic missile in March and again in April to avoid “misinterpretation.”

That’s after the administration also revealed it had sent AGM-88 High-Speed Anti-Radiation Missiles to Ukraine.

And since June, the U.S. has steadily been increasing High Mobility Artillery Rocket Systems to the country, which American service members have trained Ukrainian troops to use in batches.

Looking ahead, multiple reports have indicated that the U.S. plans to soon send Excalibur precision-guided artillery munitions — weapons that can travel up to 70 kilometers and would help the Ukrainians target dug-in Russian positions and command posts.

Part of the shift in messaging can be attributed to the fact Kyiv defied international expectations and did not quickly fall when Russia first attacked, according to Nathan Sales, a former State Department official who most recently served as the acting undersecretary for civilian security, democracy and human rights.

“I think the administration’s messaging about the support it’s providing is changing because the nature of the war is changing,” said Sales, now with the Soufan Group, an intelligence and security consultancy.

At the beginning of the invasion, the prediction in Washington was Kyiv would topple in a matter of days, followed by a prolonged guerrilla-based campaign and insurgency.

Such a conflict requires small, lightweight, portable weapons that can take out helicopters and tanks, armaments such as Stinger missiles and Javelins, which the U.S. government quickly provided.

“To engage in that kind of campaign you need a much wider array of weaponry — you need artillery, you need drones, you need various other forms of heavy weaponry like anti-ship missiles. … What’s changing isn’t so much the administration’s willingness to talk about what it’s giving but the nature of the weapons it’s actually giving,” Sales said.

Another part of the equation: Recent intelligence that indicates Russia is feeling the sting of Western-imposed sanctions and a military service force that is dwindling in power as the war wears on.

Last month, Reuters reported that major Russian airlines such as Aeroflot have grounded their planes so they can be stripped for spare parts, taking components from some of their planes to keep others airworthy.

And facing losses on the battlefield, Putin last month sought to boost Russia’s combat personnel by more than 130,000 troops by eliminating the upper age limit for new recruits and encouraging prisoners to join.

U.S. officials think the effort is “unlikely to succeed.”

Taken altogether, the intelligence paints a picture of a country struggling to maintain its own institutions, much less fire back at Western nations for aiding Ukraine.

“I think the instincts of the people in the departments and agencies, particularly State and Defense and the intelligence community, I think their instincts are to be more forward leaning and more aggressive,” one former senior government official said.

“We have a lot more space on our side, I think, to take actions that will assist Ukraine without being unjustifiably afraid of how Putin is going to respond,” they added.