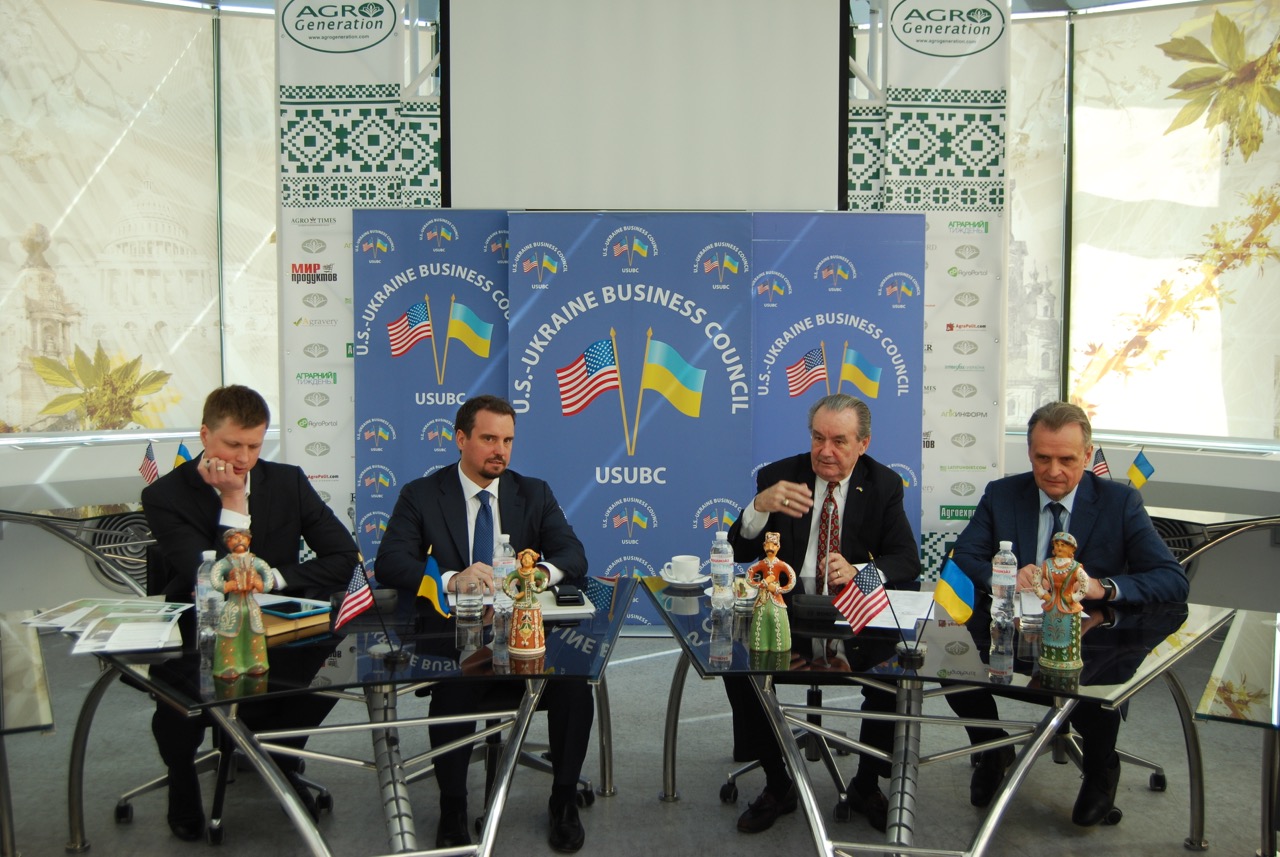 The roundtable was moderated by Morgan Williams who commented on the ideas recently expressed in an op-ed article that Mr. Abromavicius co-authored with MP Oleksii Mushak entitled on "The Right Land Reform Could Transform Ukraine Now." (copy found below).

In his opening remarks, Abromavicius stated that land reform was of vital importance for Ukraine in its efforts to transform the country and that its success could trigger to untap agrarian sector’s potential and accelerate country’s economic growth. He also commented on the draft law that he co-authored with MP Oleksiy Mushak “On Agrucultural Land Turover” that would open the market to both private individuals and legal entities registered in Ukraine, starting on January 1, 2018. He than gave floor to MP Oleksiy Mushak, who presented the draft law in detail, commented on its scope and the importance of its approval by the end of this year.

After Mr. Mushak’s presentation, representatives of agribusiness provided insight into their vision of land reform and commented on the problems that they encounter in their daily activities. Comments from Olexiy Kozachenko, MP and former Agrarian Minister and expert from USAID land reform project also followed.

During Q&A session several important issues were raised and discussed, such as consolidation of lands, the change of the land intended use, the need to coordinate this draft law with other related pieces of legislation, land reform correlation with decentralization reform, the role of local governments in the reform implementation.

More pictures of the event: http://www.usubc.org/site/gallery/REFORM-UKRAINE-WITH-LAND-REFORM-NOW---Land-Reform-Roundtable-

NOTE: Aivaras Abromavičius was Ukraine's Minister of Economy and Trade from December 2014 to April 2016. He tweets at @aivaras_aivaras. Alexey Mushak, a member of the Petro Poroshenko Bloc, is a Member of the Ukrainian Parliament.