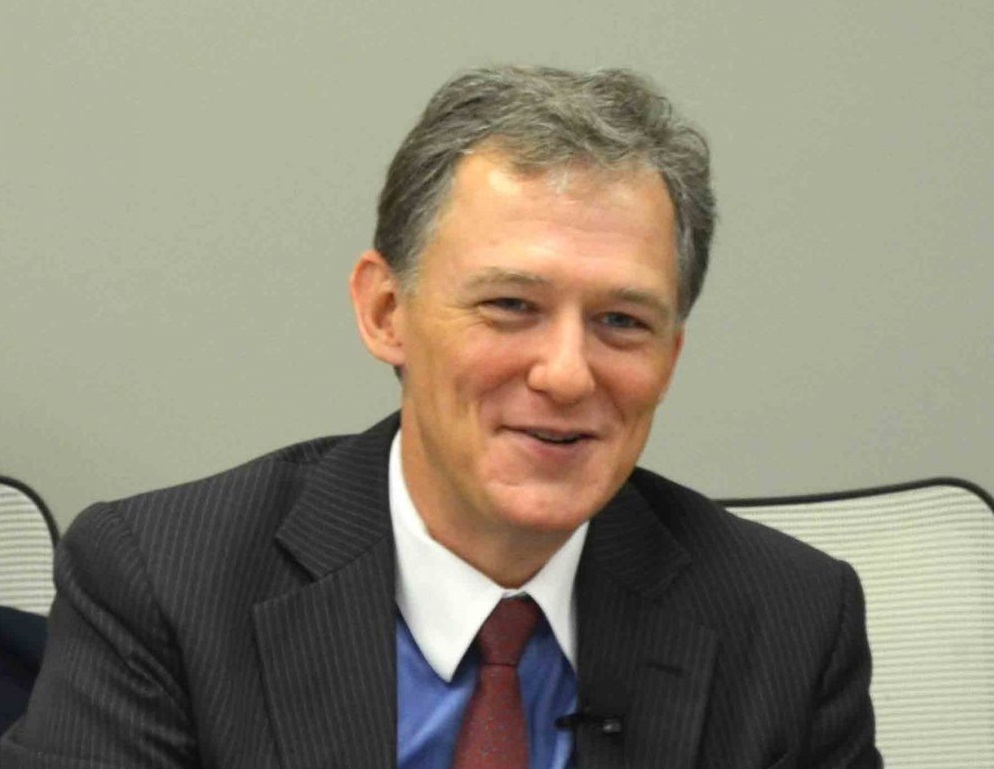 On Thursday, July 25, 2019, USUBC members had a meeting with George P. Kent, Deputy Assistant Secretary, Bureau of European and Eurasian Affairs, U.S. Department of State, at the office Center for International, Private Enterprise (CIPE) in Washington, D.C. The "Ukraine Update Briefing" from George Kent touched upon major developments in Ukraine over the last three months and expectations and prospects for the future changes in the country. 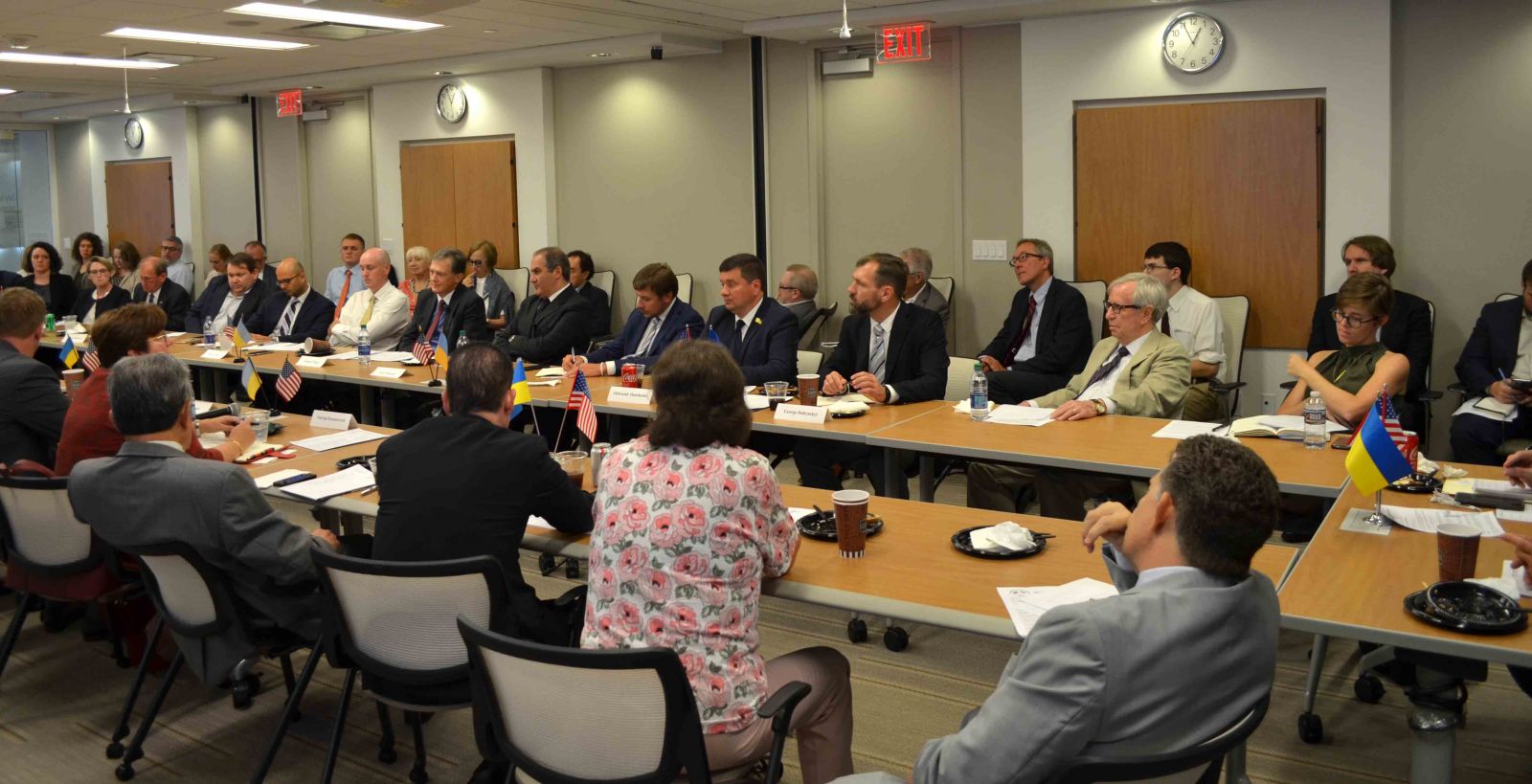 The conversation concentrated on the Verkhovna Rada elections results and the need for urgent reforms to boost Ukrainian economy. Mr. Kent and the luncheon participants exchanged their observations and hopes for ability and will of the future government to transform Ukrainian society on the way to prosperity. USUBC members and guests were in agreement that President Zelenskyy supported by the absolute majority of his party votes in the Parliament has a unique chance to implement his efforts of scaling up growth of Ukraine. 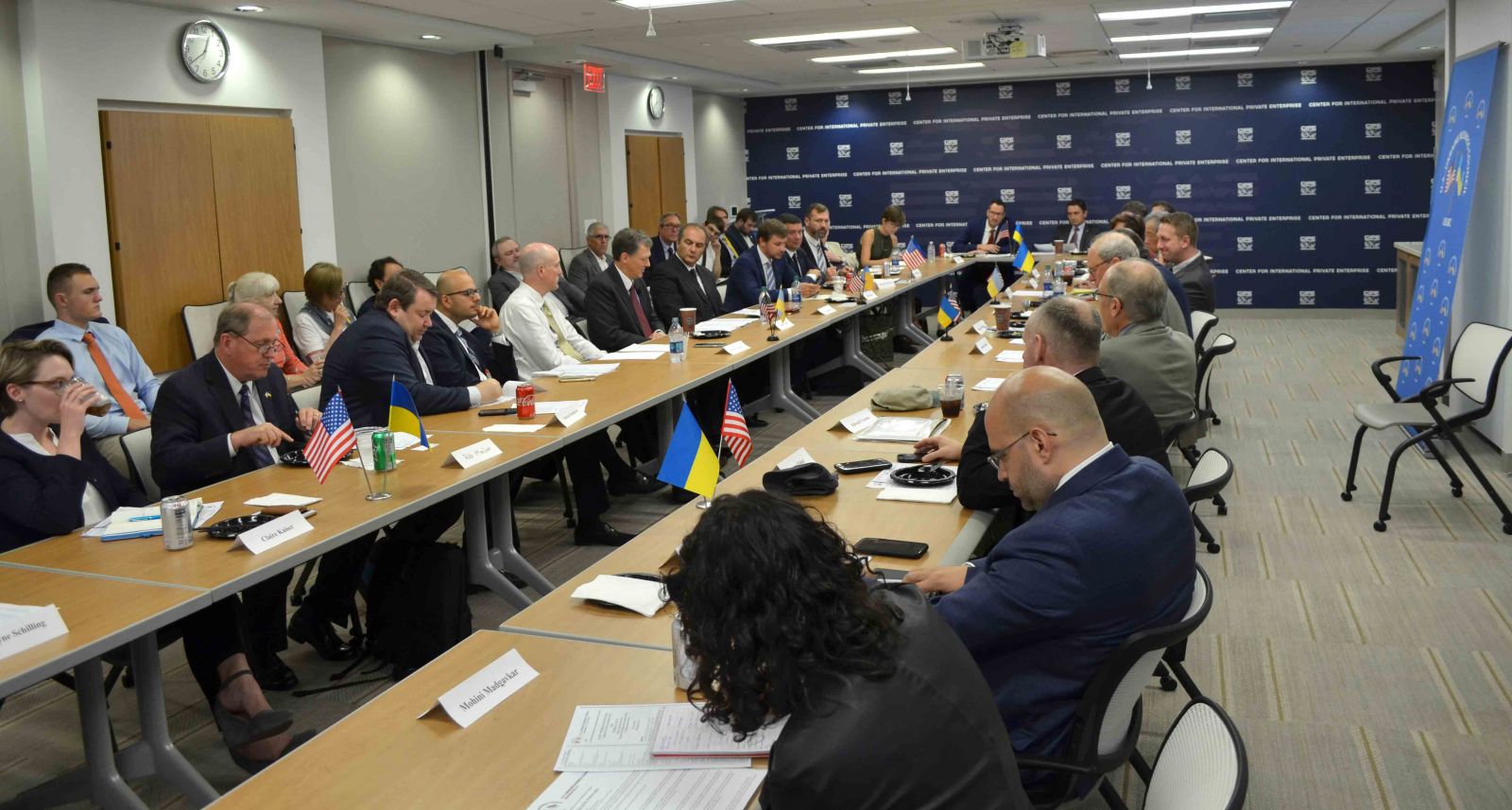 George Kent currently serves as Deputy Assistant Secretary in the European and Eurasian Bureau at the U.S. Department of State, overseeing policy towards Ukraine, Moldova, Belarus, Georgia, Armenia, and Azerbaijan. Right before this post, George P. Kent was serving as the Deputy Chief of Mission (DCM), as of July 1, 2016, at the U.S. Embassy in Kyiv, Ukraine, until August 2018.

USUBC has known and worked with Mr. Kent for many years.  He was posted in the U.S. Embassy in Ukraine as the deputy Political Counselor from 2004-2007, which included the time of Ukraine's "Orange Revolution.  George Kent served with distinction during his two assignments in Ukraine and has been very supportive of business and economic development. 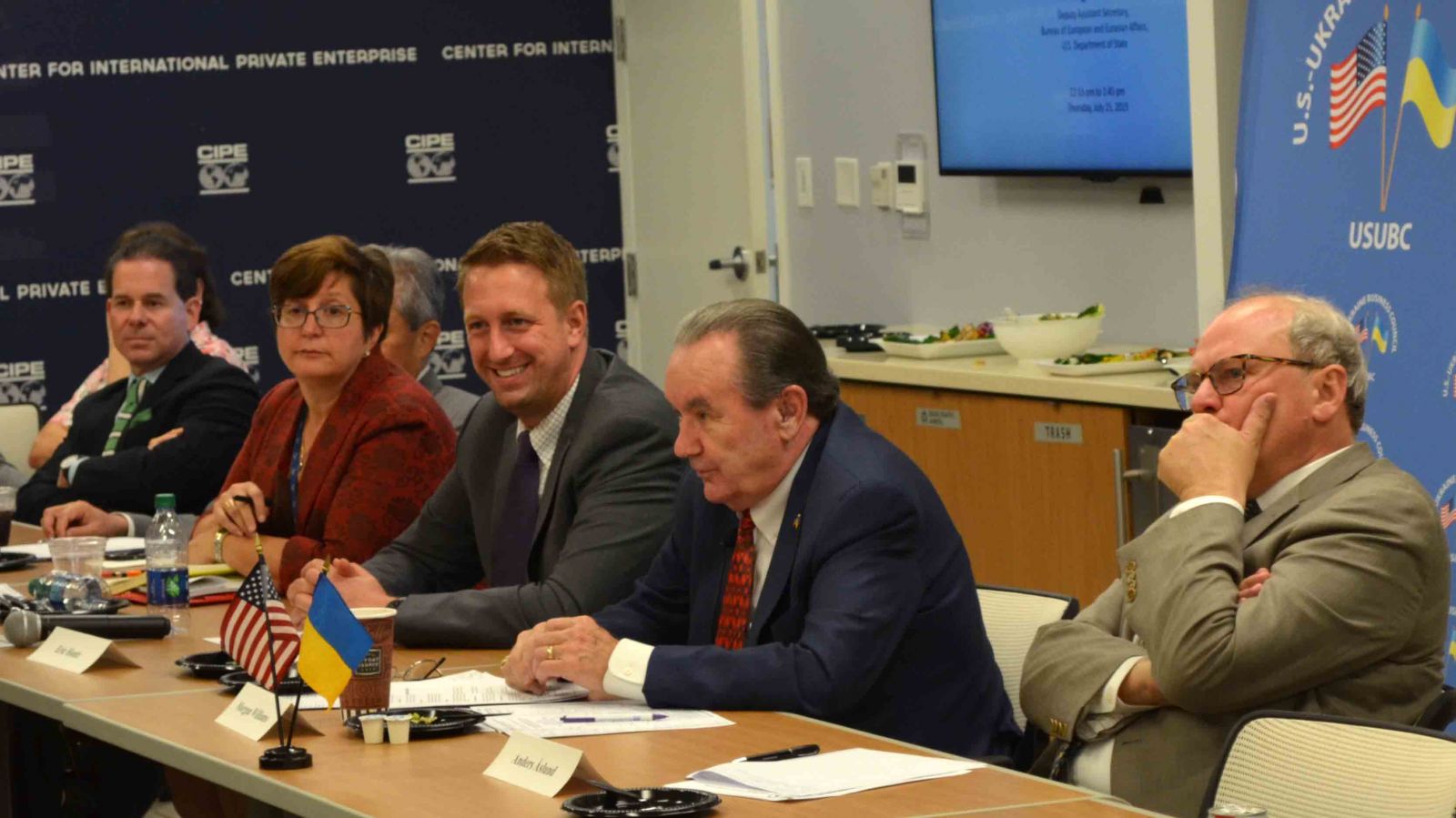 Morgan Williams, USUBC President, moderated the working luncheon. Mr. Williams just returned from spending a month working in Kyiv where a USUBC members meeting was held with Ambassador William Taylor, who was recently assigned to lead the U.S. Embassy.