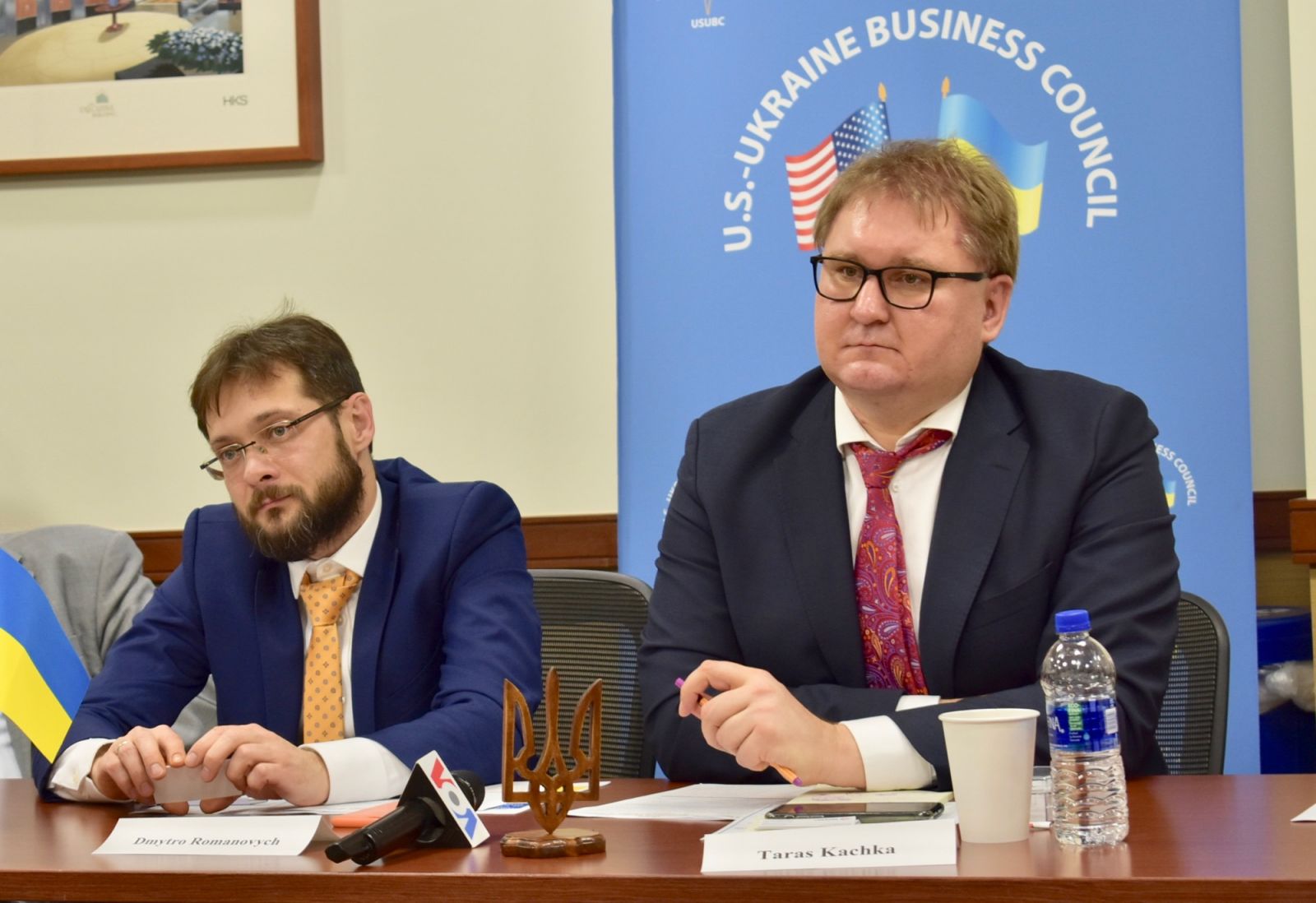 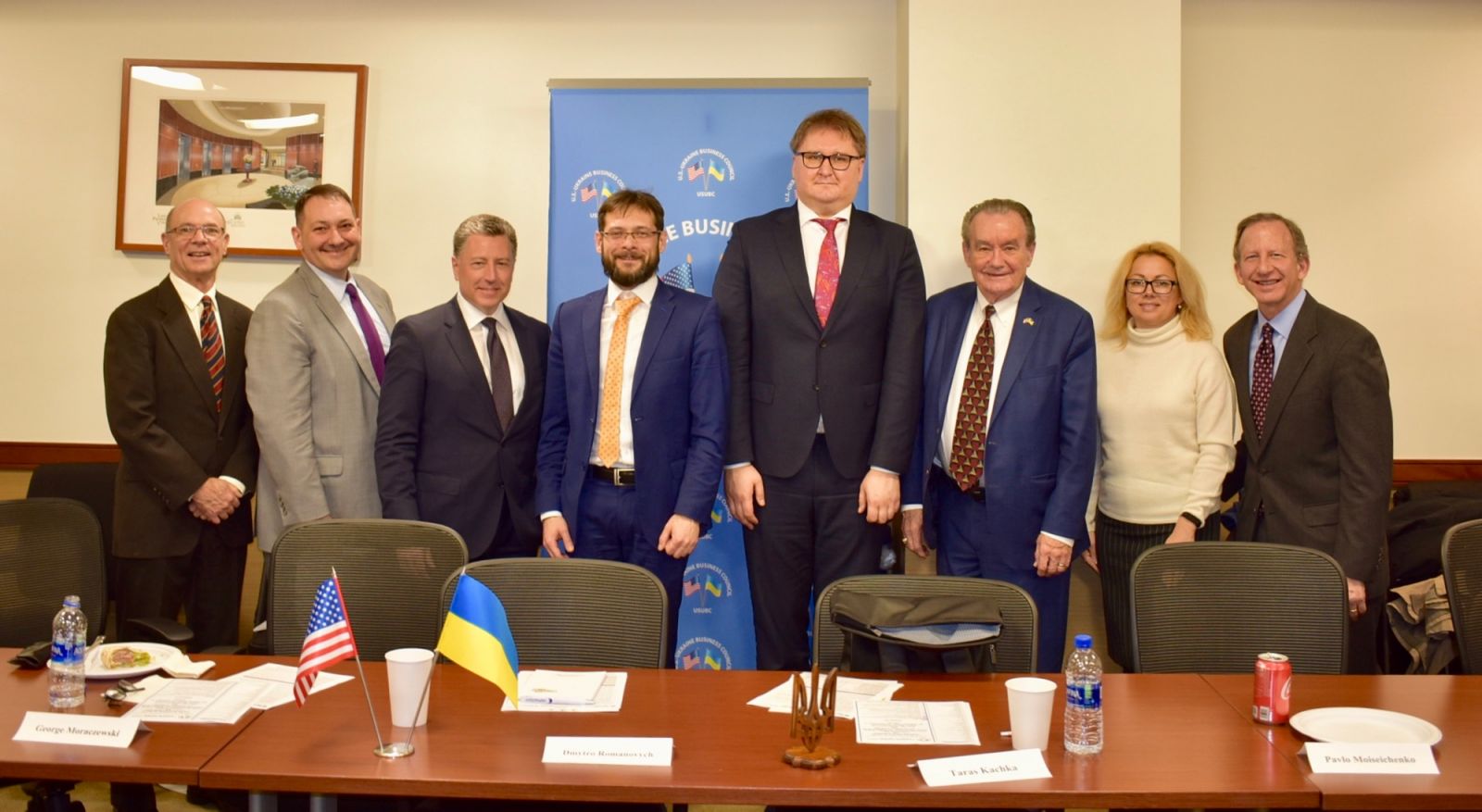 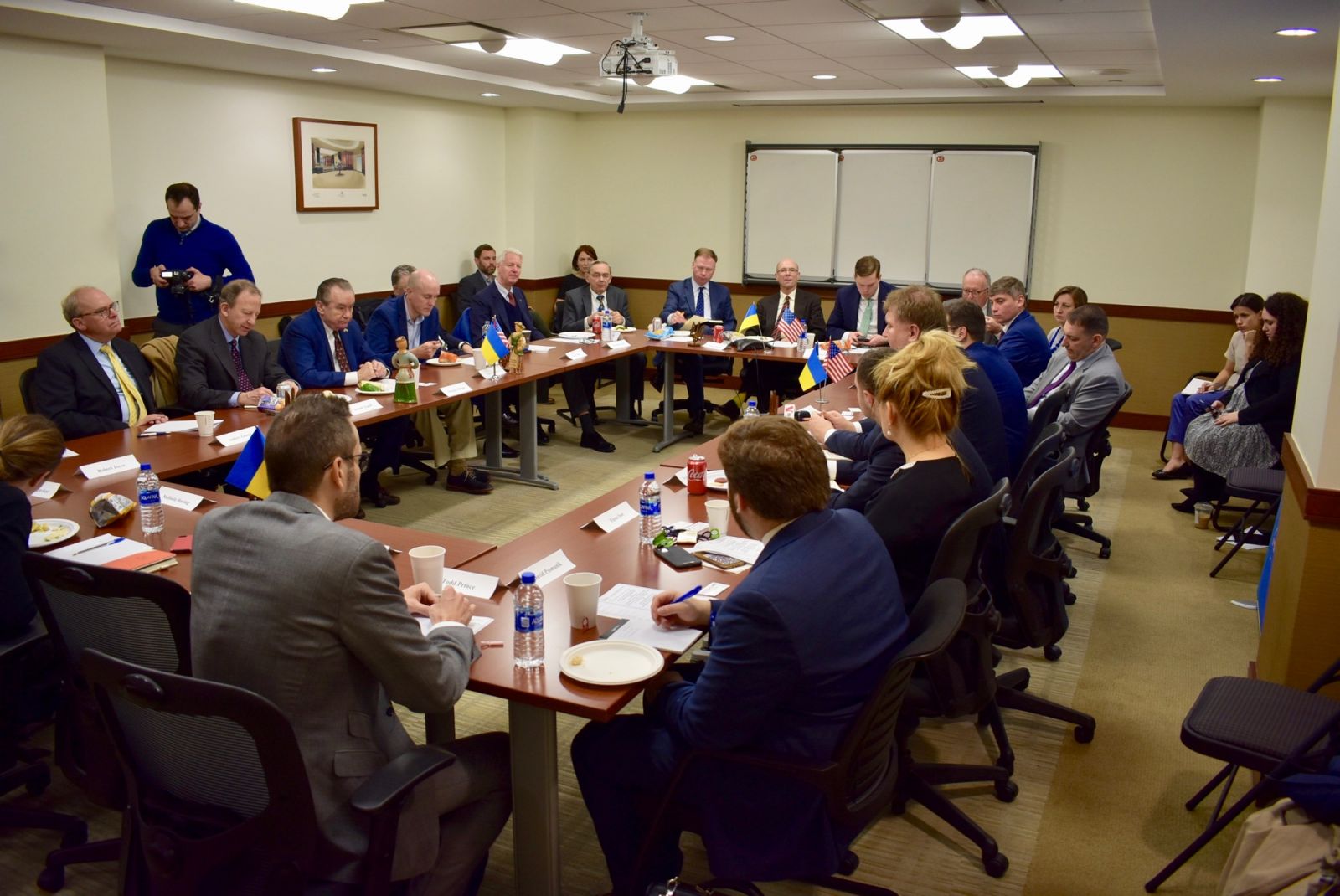 Taras and Dmytro are two of the top level key members of the new young team in the new Ministry of Economic Development, Trade and Agriculture of Ukraine (see bios below).​

They told about the current priorities for the Ministry, including state enterprise privatization, land reform, IPR and building stable trade relations with the EU and USA. According to Trade Representative Kachka, Verkhovna Rada of Ukraine may pass the Land Law in April.

Ambassador Kurt Volker made a statement about the importance of demonstrating rapid and sustainable economic growth in Ukraine as a weapon against Russian aggression. He said that Ukraine has strengthened its military capabilities dramatically over the last several years, but the Government has to set a higher level of ambition in terms of GDP growth, creating fair competition on the market and bringing more investors to the country.

VOA Chastime Story about the event:

Taras Kachka was appointed as the Deputy Minister for Economic Development, Trade and Agriculture – Trade Representative of Ukraine on September 6, 2019. Mr. Kachka is an expert in international law with extensive experience in the private sector, international environment and government. He was a member of Ukrainian negotiating team for Ukraine – EU Association Agreement.

Previously, he worked as a Deputy Executive Director and a Strategic Advisor at the International Renaissance Foundation (2016-2019). In 2014-2015, he was Vice President for Strategic Development at the American Chamber of Commerce in Ukraine. He started his career as a public servant in 2001 at the Ministry of Justice taking the office of the First Deputy Director of the State Department for Legal Approximation. He also served as Director for Foreign Economic Relations at the Ministry of Agricultural Policy and Food. Mr. Kachka is a lawyer; he graduated from Taras Shevchenko National University of Kyiv with a Master’s degree in International Law and the National School of Public Administration in Warsaw (Poland).

From 2012  to 2015 -  member of the Board of Directors and head of risk management group in VostokFinanceGroup, since 2015 – private entrepreneur, adviser, project manager and senior adviser in the EBRD. Cooperated with the Project Office of the National Reforms Council, the Reforms Delivery Office of the Cabinet of Ministers of Ukraine;  From 2002 to 2011 Dmytro worked in multiple financial and private equity organizations, including AYA Capital, Adamant Investments, Phoenix Capital, UkrSibbank, Concord Capital, SigmaBleyzer;