What We Must Do to Help Ukraine Win 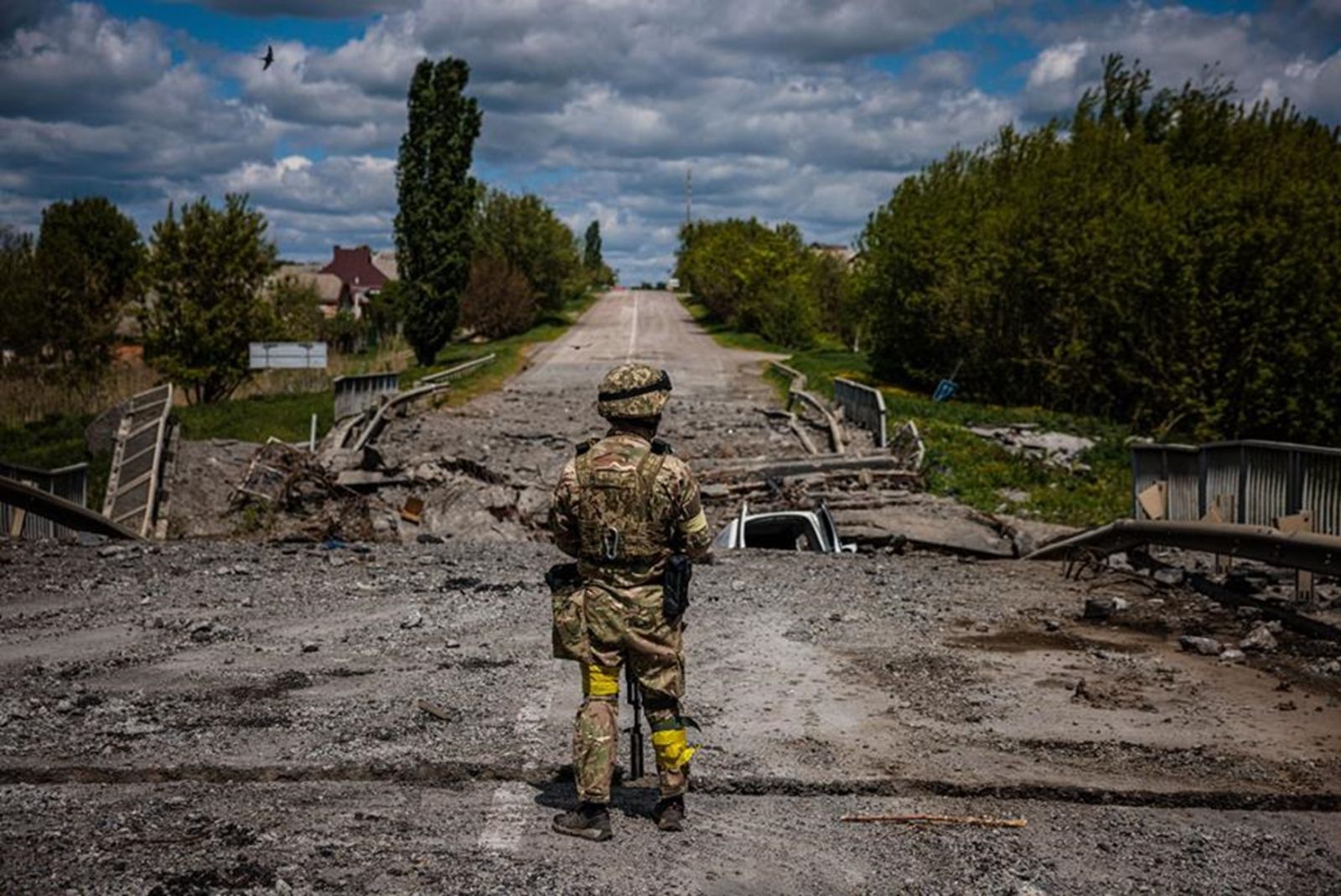 A Ukrainian soldier with an anti aircraft missile system near Sloviansk, eastern Ukraine on May 11, 2022.
(Photo by Yasuyoshi Chiba/AFP via Getty Images)

Supporting Ukraine’s defense against Russia’s unjust invasion is a bright spot of bipartisanship in an otherwise polarized country. But Americans’ enthusiasm for more aid packages like the $40 billion bill the House of Representatives just approved may be flagging as consumers struggle under the weight of inflation, supply chain disruptions, labor shortages, and skyrocketing gas prices. Sen. Rand Paul has delayed the Senate’s vote due to his concerns about the ballooning cost and specifics of the funding bill’s content.

This pause is a good time to reassess the U.S. approach to Vladimir Putin’s war. While the spending package included plenty of help for Ukrainian military forces, including weapons, and for things like U.S. missile production and to increase our stock of critical ammunition, nearly half of the funding package was not for Defense. It was for “diplomatic support,” mostly for the State Department, and for humanitarian aid. And its weapons mix reflects the administration’s stubborn refusal to unshackle the Ukrainian government to launch a true counteroffensive that could force Russia to end the war. Instead, the arms package suggests Biden’s goal is to keep Ukraine in the fight until Moscow is ready to negotiate. Unfortunately, the administration’s approach allows Putin to set the terms for peace talks and sets up Ukraine for a protracted war. It is neither sound policy nor morally defensible.

The policy of the United States should be to help Ukraine win, which requires backing Ukraine’s efforts to force Russia to stop its assault and return to Russian territory. Rather than bleeding the Russian military, the U.S. goal should be to end the war quickly to stop the suffering of Ukraine’s people and allow its economic recovery. To that end, Ukraine must be equipped to carry out a punishing counteroffensive in defense of its sovereignty, and compel Russia to contrive an off-ramp.

With the clear objective in mind, the United States should do the following:

Geopolitically, the U.S. should align with NATO allies who want to see Ukraine push out Russia. That side is led by the U.K., Poland, and those along the Black Sea—NATO’s modern front. France and Germany have so far been unwilling to be as forward-leaning, making U.S. leadership necessary to unify NATO around the goal of Ukrainian victory. The impending additions of Finland and Sweden to the alliance adds momentum to consolidate a fiercer and visibly more courageous Western allied effort.

Militarily, Ukraine needs more effective ground weapons for the Donbas. The United States should send self-propelled howitzers like the M109 that can navigate the devastated road network of eastern Ukraine, where the US M777 towed howitzers already on their way are likely to prove useless. To help keep Russian troops from gaining more ground, the United States should provide Ukraine anti-vehicle mines such as the Gator that remain allowed under international mine protocols and conventions.

But Ukraine’s more urgent need is for longer-range strike systems. Guided multiple launch rocket systems could help Ukrainian forces attack Russian supply depots and logistics lines to slow the Russian advance. And MQ-9 Reaper drones could engage Russian armor across the open fields of Donetsk and Luhansk. There is some concern that providing Reapers would “violate” the Missile Technology Control Regime, which is designed to limit the proliferation of certain missiles and technology, but the MTCR is an informal agreement and not a treaty, and it is self-defeating to use it as a pretext to avoid supporting a country under attack.

U.S. and allied efforts to help Ukraine win on the ground will come to naught if Ukraine cannot break Russia’s naval blockade off Odesa. Restoring access to the sea will be vital for moving agricultural exports to stave off a global food crisis and rebuilding Ukraine’s economy after the war ends. Ukraine has been attacking Russian forces on Snake Island and is mounting a counter-maritime campaign, but its supply of domestically built Neptune anti-ship missiles is dwindling. The United States should send some of its substantial inventory of Harpoons or work with Norway’s Kongsberg to provide Ukraine with some of its newer Naval Strike Missiles.

Lastly, while the United States should do what only it can do in terms of weapons, it also must put unyielding pressure on European allies to do what they can do. That includes providing the food, medicine, and other services the Ukrainians need during the war and will require to rebuild their country once this war is over. Poland has shouldered the brunt of the Ukrainian refugees, and rich Western allies, like Germany, should share the financial burden.

Assisting in Ukraine’s victory is not a matter of altruism. It is directly in the interests of the United States to have peace in Europe, for supply chains to operate freely, and for strong allies to work cooperatively to stave off shared authoritarian threats of imperialism. The Biden approach has been to speak aggressively about Putin and his regime while holding back the support needed to match the rhetoric—poking the bear without being loaded for bear, so to speak. The administration needs to give President Volodymyr Zelensky a much bigger stick before Congress closes its checkbook.

LINK: What We Must Do to Help Ukraine Win