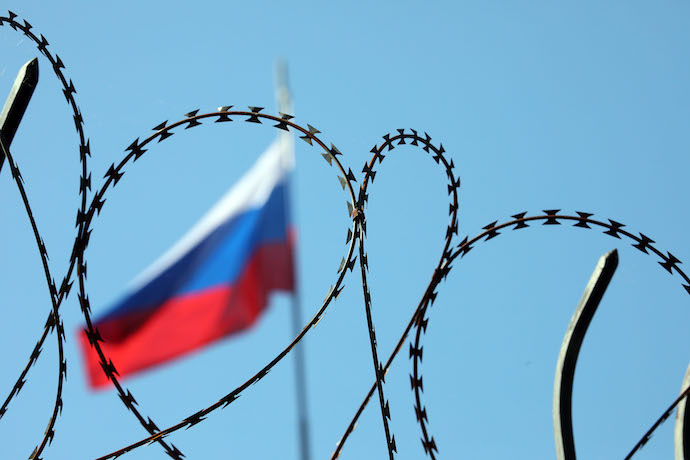 The International Working Group on Russian Sanctions aims to provide expertise and experience to governments and companies around the world by assisting with the formulation of sanctions proposals that will increase the cost to Russia of invading Ukraine and that will support democratic Ukraine in the defense of its territorial integrity and national sovereignty. Our working group is comprised of independent experts from many countries, but coordinates and consults with the Government of Ukraine and those governments imposing sanctions. This consultation process helps to inform our views, but our members express independently held opinions and do not take direction from or act at the behest of the government of Ukraine or any other person or entity. This publication is a follow-up to our first Action Plan and previous working papers on energy, finance, individual sanctions, and designating Russia as a State Sponsor of Terrorism, all of which have been informed by additional memos and publications from our working group members on our website.

On February 24, 2022, Russia invaded Ukraine without any provocation or legitimate cause. With its terror bombing, Russia has brought about massive human and material losses and committed numerous war crimes – torture, rapes, and arbitrary executions of civilians.

Appropriately, U.S. President Joe Biden has called Vladimir Putin “a war criminal.” The Russian government must compensate Ukraine for these human and material losses. Ukrainian government officials and international multilateral organizations estimate that the cost of rebuilding Ukraine will approximate $750 billion. The Russian government, not only Ukrainian, European, American, or Canadian taxpayers, should pay for this reconstruction. President Biden and other leaders of the free world can help compel Putin and his government to pay for reconstruction by confiscating the frozen Russian sovereign assets, including international currency reserves of Russia’s Central Bank currently being held in the West. They should transfer these funds to a dedicated fund for the purposes of post-war reconstruction of Ukraine.

Immediately after Russia attacked Ukraine, the Group of Seven (G-7) and the European Union (EU) decided to effectively freeze the assets of the Central Bank of Russia that are being held in Western countries. Putin responded that by “illegitimate freezing of some of the currency reserves of the Bank of Russia…the US and the EU have defaulted on their obligations

to Russia.” However, this decision was taken in accordance with national laws and international law, in response to an unjustified, unprovoked Russian invasion of Ukraine.

The funds are substantial, but are held in several countries. What to do with them, therefore, must be a unified, coordinated response. These funds are also not sufficient to pay for all of Ukrainian reconstruction. The Kyiv School of Economics has estimated that damage to Ukraine’s civil infrastructure alone exceeds $110 billion. A proper evaluation based on the cost of reconstruction, as well as other damage and harm caused to businesses, could conceivably increase that amount by an order of magnitude. At the Ukraine Reconstruction Conference in Lugano, July 4-5, 2022, the Ukrainian government presented a National Recovery Plan, calling for a financing of $750 billion for the next decade.

Tens of thousands of Ukrainians have been killed and many more have been injured. After Libyan officers planted a bomb on an airplane that blew up over Lockerbie in Scotland in 1998, Libya eventually agreed to pay $2.7 billion in compensation to the 270 victims’ families, that is, $10 million per victim. If Russia, for example, has killed 50,000 Ukrainians, it would have to pay $500 billion by the same standard.

However the final amount is calculated, the principle is clear: Russia ought to pay substantial reparations to Ukraine after this horrific and senseless war. The moral and practical answer is clear. In response to Putin’s gross violations of international law, these funds can and should be confiscated through an international compensation mechanism and subsequent national legislation, and then diverted towards a Compensation Fund for Ukraine, out of which the decisions of the compensation commission will be paid out. In the future, other seized assets from Russian individuals, companies, and the state might also be transferred to this fund. The Central Bank reserves, however, should be the first and most appropriate target. They and their owner are identified. They are indisputable property of the Russian Federation that is highly liquid and involve minimal administrative and legal work. It is the Russian government that ordered the invasion of Ukraine. It is the Russian government, therefore, that should pay for Ukrainian reconstruction.

It is envisaged that the multilateral international agreement is concluded on the establishment of the compensation mechanism, including the Compensation Fund between these parties and the Ukrainian government, so that an international institution to which funds can be provided is created as soon as possible.

Read further here: Why and How to Confiscate Russia’s Sovereign Assets to Help Rebuild Ukraine