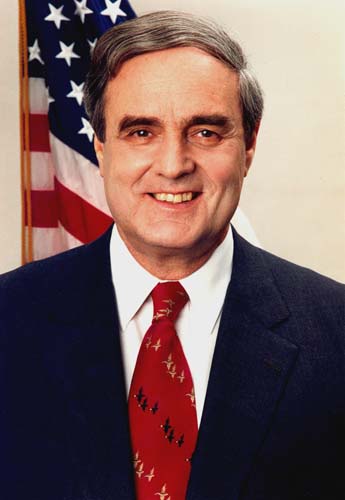 William Green Miller, who served as the US second ambassador to independent Ukraine, from 1993-1998, died in his home in northern Virginia on Sept. 23, according to friends. He was 88. 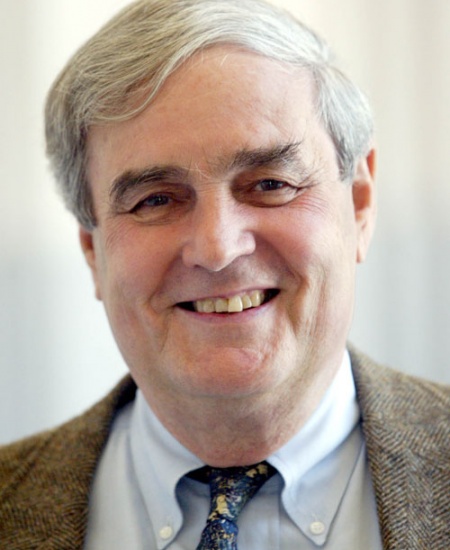 William Green Miller, who served as U.S. ambassador to Ukraine in the 1990s as the euphoria of national independence gave way to the misery of economic destitution for many Ukrainians, died in his home in northern Virginia on Sept. 23, according to friends. He was 88. He served as America’s second ambassador in Kyiv, from 1993-1998, and is the first of nine American ambassadors to independent Ukraine to have died.

His death was confirmed by friends, including Marta Farion, a Ukrainian-American in Chicago who worked with Miller on the Kyiv Mohyla Foundation of America, raising money to support the university with 5,000 students in Kyiv.

Farion spoke to Miller’s wife, Suzanne Lisle Miller, and said that the ambassador died in his home “one minute before noon” on Sept. 23, in the company of their two sons, William and Christopher, and grandchildren.

“He was surrounded by his leather-bound books, in front of the beautiful garden that he and Suzanne cultivated and loved all their lives, with the blooming flowers and many butterflies that bid him farewell,” Farion told the Kyiv Post.

Miller’s tenure as ambassador coincided with momentous events under Ukraine’s first president, Leonid Kravchuk, who served from 1991-1994, and then Leonid Kuchma, who ruled from 1994-2005.

During Miller’s era, Ukraine adopted a Constitution, launched the national currency, the hryvnia, and signed the Budapest Memorandum in which Russia, the United Kingdom, and the United States offered security assurances to Ukraine for surrendering its Soviet-era nuclear arsenal. The agreement now is derided by many in Ukraine as a worthless piece of paper, considering Russia’s dismemberment of Ukraine — including seizing Crimea and parts of the eastern Donbas — as the Kremlin prosecutes a war in its sixth year that has killed 13,000 people. His term also witnessed Ukrainian lawlessness and the rise of the oligarchy, which still plagues the nation today.

But his friends say that Miller always found the beauty in Ukraine, despite its hardships.

Farion described Miller as “a writer and poet, a Renaissance man in every respect and Suzanne was his muse, his adviser, and his protector to the very end.  They loved Ukraine since the days when he was ambassador there. To the end, he wanted to know what is taking place in Ukraine.”

She said that “Bill and Suzanne were responsible for the establishment and renovation of the historic building in the Podil neighborhood that became the residence of the American ambassador, and they paid special attention to the garden, restoring the original plants, trees, and flowers that were cultivated there when the building was first built. They paid attention to the historical artifacts that were recovered while rebuilding the residence, and they hosted many Ukrainian artists, historians, musicians, and writers there.”

Said Farion: “Bill embraced his role as chairman of the board of the Kyiv Mohyla Foundation with all his vigor and believed in the power of education and the role of Kyiv-Mohyla Academy in building Ukraine as a democratic country, where rule of law and human rights were priorities.  He was honored by Kyiv-Mohyla Academy with an honorary doctorate and spoke on the stage of the university to students on many occasions. He inspired me to push forward, to never give up, to stand up for the truth. He was my mentor in many respects and taught me not to be afraid. He loved the principles upon which the United States was established and he truly believed in those principles.  He was an admirer of Thomas Jefferson. He was a scholar. He left a book of poetry and many writings. I will miss him and his guidance.”

Monica Eppinger served as the second secretary to Miller in the U.S. Embassy in Ukraine and recalled her work with him as “the best time.” To the end, she said, “he wanted to be a good friend of Ukraine.”

“I was part of that small early team during Ambassador Miller’s tenure in Ukraine. He had headed the Washington side of a late-Soviet human rights organization, and through it was thoroughly acquainted with the cases of the major human rights heroes of the last decade of the U.S.S.R.  When he got to Ukraine, he already had made common cause with some — Mustafa Dzhemilev, Vyacheslav Chornovil, Semen Gluzman. Anyone who’d done Soviet prison time for advocating human rights was a part of his ‘team.’ He was a fervent Jeffersonian democrat. He also worked very closely with Voldoymyr Horbulin (former secretary of the Ukrainian National Security and Defense Council), especially on denuclearization, and to the best of my knowledge respected him and appreciated him as a pragmatic strategic thinker who cared about Ukrainian independence.”

During Miller’s ambassadorial tenure, Eppinger said, he took a keen interest in people working on human rights and advocating freedom of speech, religion and the press.

She said Miller was also interested in archaeology and remembers him stopping frequently to visit the excavation site of what is now the rebuilt Mikhailovsky Cathedral in Kyiv. “All the archaeologists at the site knew him,” she said.

Farion said that she traveled with him and a team of archaeology students “to the magnificent Chersonesus in Crimea. He promoted the site to be protected by UNESCO. The occupation of Crimea by Russia stung him personally, not only because of the loss of the strategic territory but because he realized that Russian authorities would raid the archaeological site. He was deeply concerned for the fate of the Crimean Tatars after Russia’s invasion and occupation.”

Eppinger called him a big fan of ballet, especially Swan Lake. “He also loved the Philharmonic and actively supported the rehabilitation of the Philharmonic building near the Friendship Arch” on the right bank of the Dnipro River in central Kyiv. She said he even vacationed in Ukraine, taking driving tours to explore ancient wooden churches of the Carpathian Mountains in western Ukraine. “He just loved Ukraine and his interest in Ukraine and support for Ukraine knew no bounds,” she said.

Eppinger recalled his experiment in taking up the Ukrainian tradition of beekeeping. He installed beehives in the backyard of the ambassador’s residence. At a traditional Fourth of July reception, she recalled that a colleague with the Ukrainian Ministry of Foreign Affairs “got stung right on the nose” by a bee.

Miller joined the Foreign Service in 1959 and served a five-year assignment in Iran, where he immersed himself in Persian culture. Farion said he never lost interest in Iran. “He was instrumental in many informal talks between the US and Iran, trying to find peace,” she said.

After his Iran assignment, Eppinger said he returned to Washington, D.C., and quit the Foreign Service over the Vietnam War and got a job as a staff director of the U.S. Senate Intelligence Committee.

“He was part of the team that put together the hearings on the U.S. intelligence services attempted assassinations in the post-World War II/Cold War era,” Eppinger said. “It was thanks to those hearings and the report that resulted that we got a revision to the executive order that sets the parameters to the intelligence community…that resulted in the ban on assassinations by the U.S. intelligence committee. He was sometimes criticized as a romantic or idealist, but — as I think the intelligence committee work shows — he also had a canniness to thinking about where a threat to democracy could come from, and how to thwart it.  I think there was a hard practical streak in there that often got overlooked.”

According to a Eurasia Foundation biography, Miller was educated at Williams College, Oxford, and Harvard. After leaving his Iran assignment in 1964, he returned to Washington, D.C., as a line officer for U.S. Secretary of State Dean Rusk. Miller then went to work in the U.S. Senate in 1967, where he served as foreign policy and defense adviser to U.S. Senator John Sherman Cooper, a Republican who served Kentucky. In 1981 the U.S. Senate passed a special resolution commending Miller “for exceptional contributions and for his dedication, loyalty, integrity, and service.”

Miller was associate dean and professor of international politics at the Fletcher School of Law and Diplomacy at Tufts University in Massachusetts from 1981 to 1983.

In 1986, Miller returned to Washington as president of the American Committee on U.S.-Soviet Relations, traveling frequently to the U.S.S.R. and living in Moscow from 1988 to 1993.

In retirement years, Miller was a senior policy scholar at the Woodrow Wilson International Center for Scholars in Washington, D.C., a member of the Council on Foreign Relations, the International Institute of Strategic Studies and the Middle East Institute. He was also co-chairman of the Kyiv Mohyla Foundation of America and a director of the Andrei Sakharov Foundation as well as a consultant for the John D. and Catherine T. MacArthur Foundation.

Farion said a memorial service is being planned at the National Cathedral in Washington, D.C., on Oct. 12 or 13, but that arrangements are still being finalized.