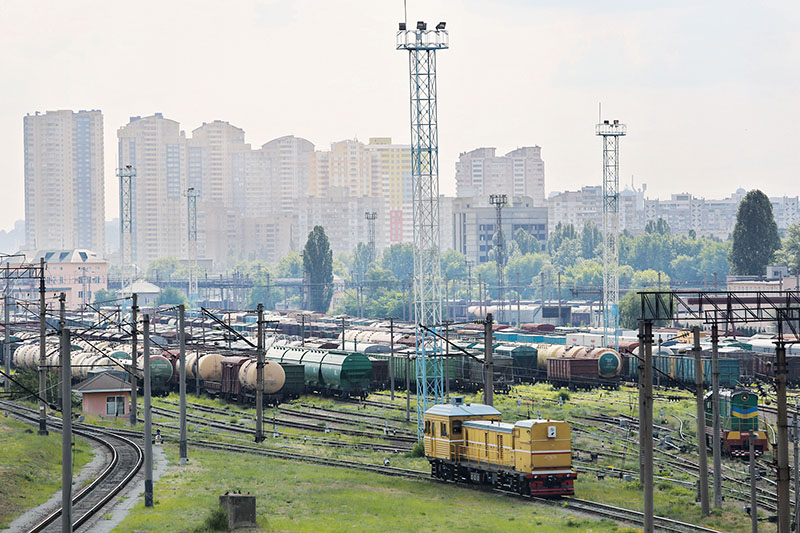 U.S. company Greenbrier, one of the world’s largest producers of railroad freight wagons, has been trying to enter Ukraine with its partner Amsted Rail for more than a year.

Together, they want to build a fleet of cargo wagons which would be available to the public and, in the process, break the power of state monopoly Ukrzaliznytsia to decide who gets to ship what and when.

Many aspects of Ukrzaliznytsia’s business are corrupt and compromised by vested interests. Allocation of freight wagons is no exception.

At the same time, poor quality roads and undeveloped riverways mean Ukraine’s railways are the dominant mode of transport for both goods and people, with 80 percent of cargo hauled across the country going by train.

The essential role of rail transport is especially pronounced around harvest time in late summer and early autumn, when grain – Ukraine’s No. 1 export and a major source of foreign currency – needs to be moved in great quantities.

Greenbrier and Amsted Rail told the Kyiv Post that over the past year their proposals to Ukrzaliznytsia on market liberalization had been rejected.
In a statement released through his press service, however, Ukrzaliznytsia CEO Wojciech Balczun told the Kyiv Post the state enterprise is “fully open for new projects with leading American companies,” adding that in two weeks he will travel to the U.S. for meetings with GE, Greenbrier and Amsted Rail.

Balczun said whether to liberalize the rail cargo market is a decision which depends on how the government sees “the future market model for railway transport in Ukraine.”

“The position of Ukrzaliznytsia is that liberalization of the freight rail market without solving adjacent problems in the system can lead to catastrophic consequences,” the statement reads.

According to Balczun, there’s no clear government policy on financing passenger transportation and that’s why Ukrzaliznytsia should keep its monopoly position, so that it can continue to use revenue from cargo transport to subsidize passenger travel.

The CEO admits that if the cargo market were to be opened to private companies, the state enterprise would not be able to compete, given the poor condition of its rolling stock.

“The current state of main assets of Ukrzaliznytsia, in particular locomotives, does not allow to talk about fair competition between the company and new entrants,” he said.

Ukrzaliznytsia claims it is working to improve the rail cargo situation, with Balczun stating in a June 23 post on his Facebook page that it had reached a preliminary $260 million agreement, to be financed mostly by the European Bank of Reconstruction and Development, to buy thousands more freight wagons by 2021.

The EBRD said it does not expect the deal to be finalized before the third or fourth quarter of this year.

The CEO noted that the state enterprise has seven financing projects worth a total of $1 billion and that the total sum of investment in Ukrzaliznytsia will reach $5 billion by 2021.

According to an audit carried out by Ernst and Young, Ukrzaliznytsia lost $280 million in 2016, but less than half of the loss of the previous year.

But even if new wagons and investments materialize, for Greenbrier and Amsted Rail, this will not solve the problem, because Ukrzaliznytsia will still have monopoly power.

Eric Luhmann, who represents the interests of both U.S. companies in Ukraine, argues that opening up the market to competition would force the state enterprise to operate efficiently, meaning it could still earn enough to subsidize passenger travel even if it loses market share in the cargo business to private companies.

“Ukrzaliznytsia will even tell you, ‘We have the wagons we need, they’re just not run efficiently,’” Luhmann told the Kyiv Post. “That means there’s a problem. Whether that problem can be solved by the existing authorities, I don’t know. We advocate that if there’s more private sector involvement in that operation, the assets that you have will definitely be used more effectively.”

In theory, opening up the rail cargo sector would put more freight wagons on Ukraine’s tracks and lead to a more transparent environment in which Ukrzaliznytsia would have to compete for business on price and quality, just like other market players.

Luhmann said he had been told by Ukrzaliznytsia that the state enterprise believes liberalization is “important” but not part of the immediate future.
The American said he disagrees with this position and would like to see change come faster.

He is not the only one: Ukrainian Infrastructure Minister Volodymyr Omelyan, 38, also believes Ukrzaliznytsia is on the wrong track.

Omelyan said he had big hopes for the state enterprise when Wojciech Balczun took over as CEO in May 2016, but has only been disappointed.

“A month after Balczun was appointed, I was 100-percent sure he would do nothing, and I was right, unfortunately,” the minister said in an interview with the Kyiv Post on June 28.

According to Omelyan, launching joint ventures in rail cargo with international companies is just one of a long list of things that Balczun has failed to deliver on, and which would help rid Ukrzaliznytsia of corruption and turn it into a well-run business.

Omelyan claims that owing to a lack of freight wagons, Ukrainian businesses lost $200 million last year because they were not able to make deliveries on time.

“The management of Ukrzaliznytsia is surprising everybody,” he said. “On the one hand, 90-95 percent of their wagons are dead; on the other, they do nothing to improve the situation.” 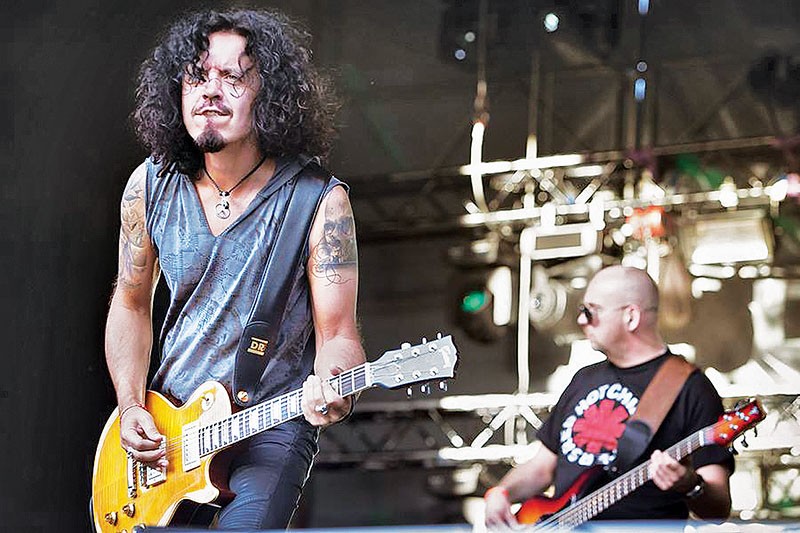 Wojciech Balczun, the CEO of Ukrainian state railway monopoly Ukrzaliznytsia, plays guitar a concert with his band Chemia, of which he is the frontman. The 47-year-old Pole told the Kyiv Post in a June 29 statement that Ukrzaliznytsia is “fully open for new projects with leading American companies.” But world-leading producers of railroad freight wagons say their attempts over the past year to launch joint ventures with the Ukrainian state enterprise have been rejected. (Wojciech Balczun/Facebook)

Not everyone has been so critical of Balczun’s performance.

Aivaras Abromavicius, Ukraine’s former economy minister, points to the fact that the Polish-born CEO continues to enjoy the support of Ukrainian Prime Minister Volodymyr Groysman. Abromavicius has praised Balczun for having “a strategy and a vision.”

“Balczun is doing a good job,” Abromavicius told the Kyiv Post. “But I think he should communicate better. He’s focusing too much on his day-to-day activities.”

Abromavicius said the liberalization of Ukraine’s railways should be done carefully, taking into account the fact that, in many countries, a state monopoly has been maintained. He believes that a “clean-up” at Ukrzaliznytsia should take place first before “sector-wide radical changes.”

Balczun’s one-year probationary period as CEO of Ukrzaliznytsia ended on June 5, but his contract, which runs until 2019, is set to remain in force unless the Cabinet of Ministers says otherwise.

Amid all the competing arguments and political wrangling, one thing is clear — Ukrzaliznytsia is in need of major investment to update its freight wagon fleet and the locomotives that haul them. If steps are not taken to modernize operations, the entire rail system is threatened with collapse.
Yet arguments over where the money should come from look set to rage on.

The state enterprise’s CEO Balczun appears for now to be against opening the door to private investors, saying Ukrzaliznytsia can go it alone.
But others believe that the true potential of Ukraine’s 40,000 kilometers of rail track will not be unlocked until the market is liberalized.

“You need to allow for more private sector management of moving wagons from point A to point B, because they will find a way to do that the most efficiently,” said Luhmann.

“This does not mean Ukrzaliznytsia needs to completely get out of operating wagons or locomotives. But they should be one of the answers to the problem, not the only answer.”

America at a glance