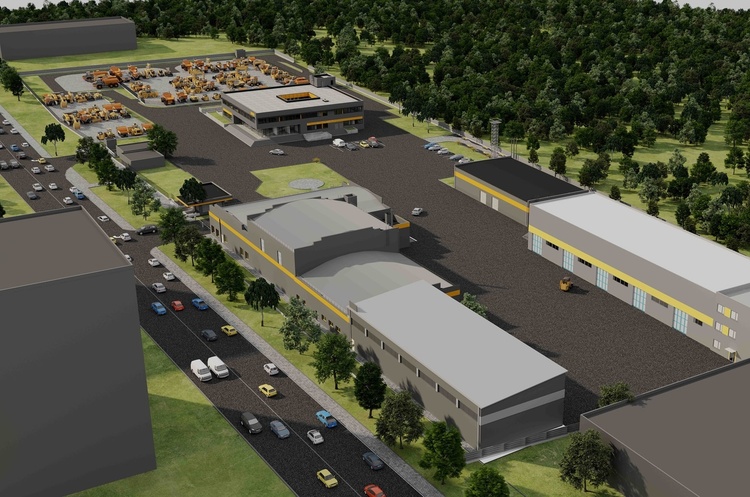 The project of the main office is being developed by the Delta Austrian design bureau, and the estimated construction period, which started in January 2021, is until July 2022.

"After 25 years of fruitful work in Ukraine, Zeppelin created the opportunity to construct its own headquarters in Ukraine. In honor of the start of construction on April 15, 2021, a time capsule was laid with the wishes of our partners and colleagues, which our followers will open in 25 years," the company said.

The area of the territory to be reconstructed is 3.7 hectares, and the area of buildings is 6,700 square meters.

At the same time, taking into account the focus of the Zeppelin group on a responsible attitude to environmental, social and economic aspects, natural resources and the latest technologies will be maximized in the design of the new office. In particular, buildings will be equipped with solar panels, heat pumps will be used for heating, which will also be used to ventilate the premises.

In order to save resources for air conditioning, sun blinds will be installed on the windows, and to save water resources, a purification system will be installed with the possibility of reusing water in the repair shop, as well as organizing the collection and treatment of rainwater with an oil separator in order to reduce the load on the city sewer system.

Zeppelin Ukraine company with its head office in Kyiv has been operating in the country since 1996 and is the only official dealer of Caterpillar on the territory of Ukraine. It has 12 branches with over 600 employees.